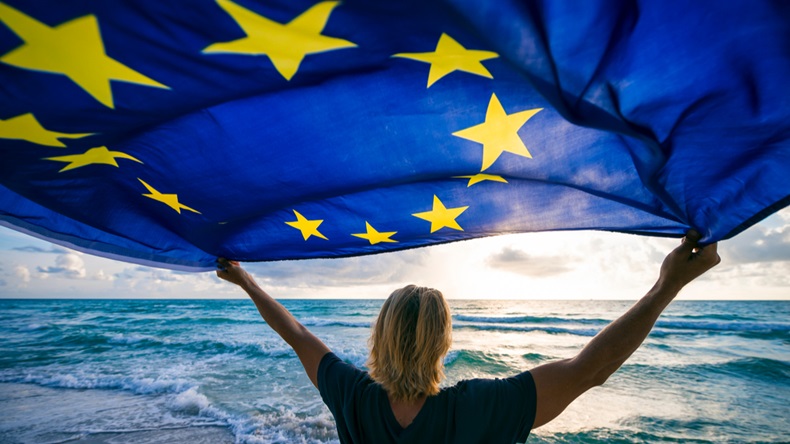 Johnson & Johnson's Spravato is within touching distance of an approval in the EU after the closely watched antidepressant derived from ketamine got a positive opinion from European Medicines Agency advisors.

The agency's Committee for Medicinal Products for Human Use (CHMP) has recommended approval for Spravato (esketamine) nasal spray in combination with standard of care drugs – a selective serotonin reuptake inhibitor or serotonin and norepinephrine reuptake inhibitor – for treatment-resistant major depressive disorder (MDD). That refers to patients who have had a lack of response to at least two different antidepressants.

If approved by the European Commission, Spravato, a selective NMDA receptor modulator, will offer the ﬁrst new mechanism of action in 30 years to treat MDD. The drug won US approval in March.

The market is potentially huge, given that MDD affects about 40 million people across Europe. Allitia DiBernardo, European therapeutic area lead for mood disorders at J&J's Janssen-Cilag division, said "of these people, about one third do not respond to currently available treatments."

One of the attractions of Spravato is the rapid response of patients to treatment. Existing antidepressants can take several weeks to provide relief, whereas the response to Spravato has been observed within 24 hours of treatment, which should help J&J in its discussions with the various European health technology assessment bodies.

The positive opinion in Europe is based on ﬁve Phase III trials and J&J noted that in one of them, a one-month study, approximately 70 % of all esketamine-treated patients responded to treatment with a greater than 50% symptom reduction. Furthermore, "approximately half of all treated patients achieved remission, with few, if any, symptoms of depression, which is the ultimate treatment goal," J&J stated.

J&J is not disclosing any launch plans yet, although in the UK Spravato, which as a nasal spray is given in far lower doses than the illicit party drug, is initially likely to be made available through private clinics. The National Institute for Health and Care Excellence is scheduled to make a decision on whether to approve the drug for use on the National Health Service in March next year.

One issue that could impact on access are side effects, the most common being dizziness, nausea, dissociation, headache, somnolence and vertigo, the EMA noted. In the US, the approval came with a Risk Evaluation and Mitigation Strategy (REMS) program, which requires patients to be monitored at a certified clinic for two hours after each weekly dosing and this could be a barrier to Spravato being made widely available in Europe.

Another issue is sure to be cost. In the US, Spravato’s list price is $6,785 for the first month and $3,450 thereafter and the Institute for Clinical and Economic Review released a report on 20 June, concluding the drug’s $32,400 annual list price would require a 25%-52% discount to reach a “fair” value-priced benchmark.

J&J has said that the US launch has been going well but on its conference call for the third quarter on 15 October, the company disappointed some observers by not providing any sales figures. Management did say that more than 2,000 sites have been certified under the REMS program for Spravato and that 500 of those sites are actively treating patients with the drug.

Spravato is a key growth driver and earlier this month, J&J filed a supplemental new drug application with the US Food and Drug Administration for Spravato for the treatment of patients with major depressive disorder who have suicidal ideation with intent, a very severe patient population that has typically been left out of clinical trials.

The filing was based on the results of two Phase III clinical trials that focused on the challenging patient population and met the primary endpoint of reducing depressive symptoms.  (Also see "J&J Looks To Expand Spravato Label To Suicidal Ideation" - Scrip, 10 Sep, 2019.)