With Promising Data, Janssen To Ready Vaccine For Next Ebola Outbreak

J&J says it will work with regulators to position its investigational Ebola Zaire vaccine for use in future outbreaks after publishing impressive Phase I prophylactic data in healthy volunteers. 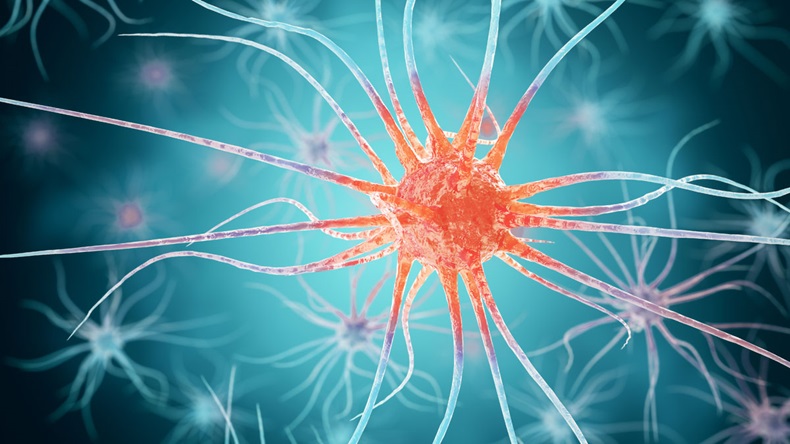 Discussion with regulators on conditional regulatory pathways will now begin after strong and durable immune responses against the Zaire Ebola virus were reported in a UK-based Phase I trial in healthy volunteers usingthefiloviruses vaccine Ad26.ZEBOV developed by Bavarian Nordic AS and licensed by Johnson & Johnson'sJanssen Pharmaceutical Cos.

Data published in the Journal of the American Medical Association (JAMA) on March 14 showed the investigational Ebola Zaire vaccine produced a durable immune response in 100% of healthy volunteers one year after they were immunized.

Such a robust immune response would be crucial in maintaining sustained protection against the disease, both during outbreaks and outside of an outbreak for at-risk populations, the article's authors said.

The World Health Organization in its response to the most recent Ebola outbreak, which ended last year, called for, among other things, a heterologous primary and booster vaccination schedule of the adenovirus type 26 vector vaccine which encodes the Ebola virus glycoprotein known as Ad26.ZEBOV and the modified vaccinia virus Ankara vector vaccine, encoding glycoproteins from the Ebola, Sudan, Marburg and Tai Forest viruses nucleoprotein called MVA-BN-Filo.

"A strategy of preemptive use of an AD26.ZEBOV followed by MVA-BN-Filo immunization schedule in at-risk populations where durability of immune response is likely to be of primary importance … may offer advantages over reactive use of single-dose vaccine regimens,” the authors state in the JAMA article.

The Janssen Ebola vaccine regimen contains two components: the J&J group's AdVac technology based on adenovirus type 26 and MVA-BN technology from Bavarian Nordic based on the modified vaccinia virus Ankara. [See Deal] A total of 10 clinical studies of the vaccine are being conducted on a parallel track across the US, Europe and Africa in support of potential registration for the Ebola regimen.

Issuing a tone of caution, though, the JAMA article notes that the UK study was conducted in a European population. “Immune responses may differ in a sub-Saharan African population; these vaccine candidates are being assessed in this region. Additional research is also warranted to explore the persistence of immunity beyond one year following immunization and response to booster doses of vaccine,” it said.

Still, Janssen and its collaborators on the Ebola Zaire vaccine said the UK-based Phase I trial results were very encouraging and will open the way for regulatory discussions.

"This is very good data on the protective immune response of this vaccine and would indicate people would still be protected one year after being vaccinated with the virus," Hanneke Schuitemaker, who heads viral vaccine discovery and translational medicine at Janssen Vaccines, told the Pink Sheet in an interview.

The fact the 2014-2016 Ebola outbreak in West Africa has ended means Janssen and its partners will need to seek conditional regulatory pathways to get the vaccine licensed and readied for stockpiling for use in case of another outbreak.

The UK Phase I trial using Janssen's Ad26.ZEBOV vaccine was conducted in Oxford, UK. It involved 87 volunteers aged 18 to 50 years starting from December 2014 with the 12-month follow-up completed in March 2016. The study's 72 participants were randomized to four groups, each with 18 participants with three on placebo and 15 getting the active vaccine. Individuals in the vaccine groups initially received either Ad26.ZEBOV or MVA-BN-Filo at pre-set dosing, followed by boosting with the alternate vaccine 28 days or 56 days later. It resulted in a durable immune response in 100% of the healthy volunteers receiving the inoculation one year after vaccination.

"We will now hopefully be able to bring this vaccine to conditional approval, but will of course – at some point – also need to demonstrate the efficacy of this, something that can only be done during a future Ebola Zaire outbreak," Schuitemaker said.

"But we will have a stockpile ready should such an outbreak occur, at which time we'd roll out the product while also taking that opportunity to conduct a Phase III efficacy trial in that setting, with the vaccine used in the case of an emergency," she said. The exact approach will be discussed with other stakeholders such as the vaccine's other backers, global regulators and the World Health Organization.

Benoit Callendret, compound development team leader at Janssen Vaccines told the Pink Sheet that as the most recent Ebola epidemic is over, there is no possibility to assess the efficacy of the Ad26.ZEBOV vaccine in humans. "So, we are discussing with regulators the possibility of alternative pathways for licensing the vaccine. For the US market, we are negotiating with FDA for what is termed an 'animal rule' licensure pathway where you must rely on preclinical data to make your clinical benefit claim."

Such a regulatory option is not available in Europe. "So, we are discussing with the European Medicines Agency on the best regulatory pathway to use there – whether it could be conditional approval or approval under exceptional circumstances – so there are alternative ways to get it approved there," Callendret said.

Besides Janssen and Bavarian Nordic, the UK trialing of Ad26.ZEBOV involved the London School of Hygiene & Tropical Medicine, University of Oxford and Inserm Transfert SA, with backing from Europe’s Innovative Medicines Initiative (IMI), the US government's Biomedical Advanced Research and Development Authority (BARDA) and the National Institutes of Health (NIH).

Observers say the best way for drug and vaccine manufacturers to effectively develop products against an infectious disease threat is through collaborations.

For examples, Merck & Co. Inc. and its partner NewLink Genetics Corp. still are developing their Ebola vaccine, which last year won a US FDA breakthrough therapy designation and was awarded PRIME status by the European Medicines Agency – designations aimed at speeding up development and review of medicines for indications with severe unmet need. (Also see "Keeping Track: FDA Approves Adlyxin, Accepts Brineura, Lowers Hurdle For Xadago" - Pink Sheet, 29 Jul, 2016.) The partners have assembled the critical components required by national regulatory agencies to license their V920 investigational vaccine for Ebola Zaire candidate and hope for approvals by the end of 2017.

Another big pharma with vaccine roots, GlaxoSmithKline PLC, and the US National Institute of Allergy and Infectious Diseases (NIAID) were unable to get their experimental Ebola vaccine into a Phase III trial due to the lack of study participants. But the UK pharma has said its ultimate goal now is to develop and manufacture additional vaccine candidates for Marburg virus and the Sudan strain of the Ebola virus, which it is hoping may have the potential to offer protection against all types of filoviruses.

Meanwhile, Yisheng Biopharma Co. Ltd. is collaborating with the US Army Medical Research Institute of Infectious Diseases (USAMRIID) to develop a vaccine for Ebola, using technology developed by the China-based company to create a virus-like particle-based vaccine in combination with PIKA adjuvant, a Toll-Like Receptor 3 (TLR3) agonist.