Japan Approval Another Boost For Tagrisso in 1L NSCLC 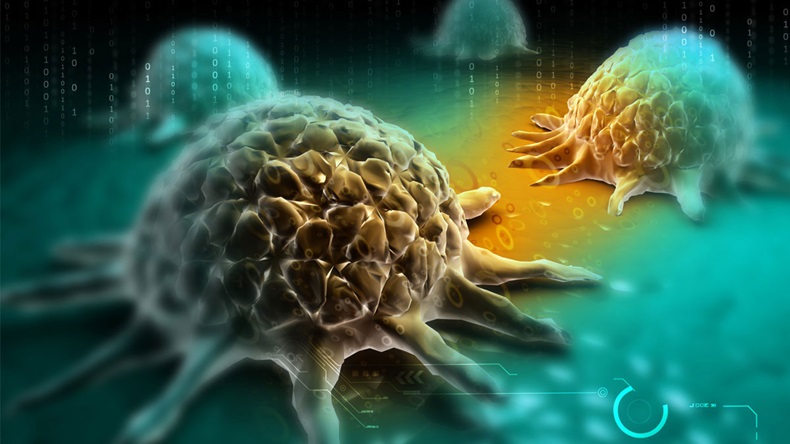 A new approval from Japan’s Ministry of Health, Labour and Welfare moves AstraZeneca PLC’s Tagrisso(osimertinib) into the first-line setting in this potentially large market for the treatment of inoperable or recurrent EGFR mutation-positive non-small cell lung cancer (NSCLC), adding to the epidermal growth factor receptor tyrosine kinase inhibitor’s class lead in this indication.

As elsewhere, the approval was based on results from the global Phase III FLAURA trial, which included Japanese patients, and it came after a priority review granted by the ministry this February given the medical need for new effective therapies in the first-line setting.

While only around 10-15% of NSCLC patients in the US and Europe have EGFRm NSCLC, this proportion rises to 30-40% in Asia, and the secondary EGFR T780M resistance mutation – against which osimertinib is also active – causes resistance to standard EGFR inhibitors in around two-thirds of these.

Such patients are particularly sensitive to treatment with EGFR-TKIs, which act to block the cell signalling pathways that drive tumor growth. In addition, about 25% of patients with EGFRm NSCLC also have brain metastases at diagnosis (increasing to approximately 40% within two years of diagnosis), which can reduce median survival to less than eight months, AstraZeneca noted.

Osimertinib has shown clinical activity against CNS metastases, which in addition to its improved tolerability compared with earlier generation EGFR inhibitors, is expected to help the drug’s competitive and commercial position. First-quarter sales of Tagrisso were $338m globally, making it the UK-based company’s top-selling oncology product.

Among its potential EGFR-targeting global rivals in Japan, Pfizer Inc. filed for the local approval of dacomitinib in NSCLC this May. However, some analysts see a limited threat from the molecule given tolerability questions and comparative data from the FLAURA trial showing progression-free survival (PFS) advantages for osimertinib.  (Also see "New EU Approval Further Boost For Tagrisso As Threats Recede" - Scrip, 11 Jun, 2018.)

The double-blind, randomised trial included 556 patients across 29 countries, and incorporated sites in Japan.

Osimertinib demonstrated superior PFS of 18.9 months compared with 10.2 months for the comparator arm, and this benefit was consistent across all subgroups including in patients with or without CNS metastases, an important consideration in lung cancer patients.

The drug is also being developed in the adjuvant setting in the ADAURA trial and in locally-advanced unresectable NSCLC in the LAURA program, and in combination with other treatments.

AstraZeneca is planning to launch at least six new medicines in the oncology space between 2014 and 2020, and Tagrisso and its expanded use are seen as key growth drivers within this sector.

A requirement for pre-treatment diagnostic testing of CCR4 expression has now been removed, and dosage and administration changed.

The modifications are based on results from MAVORIC, the largest global Phase III randomized trial of systemic therapy in CTCL, in which identification of CCR4-positive cells before enrollment was not required. The 372-patient trial compared the therapy with vorinostat in patients failing at least one prior systemic treatment. (Also see "Mogamulizumab Nips At Adcetris’s Heels In CTCL After New Results" - Scrip, 12 Apr, 2017.)

The dosing regimen – which is now approved in Japan – involved weekly intravenous administration of 1mg/kg for the first 28-day cycle, then on days one and 15 of subsequent cycles.

The antibody was also approved in the US in August 2018 for adult relapsed/refractory mycosis fungoides of Sezary syndrome (the most common type of CTCL) after at least one prior systemic therapy, and is under review in the EU for CTCL.

The other line extensions approved by the ministry included Astellas Pharma Inc.’s Linzess0.25 mg tablets (linaclotide; licensed from Ironwood Pharmaceuticals Inc.) for the additional indication of chronic constipation, other than constipation associated with organic disorders (defined as that caused by anatomical/pathological changes or abnormalities in the visceral, organic, nervous, or other tissues, detectable by radiography and endoscopy).

The guanylate cyclase-C receptor agonist was first approved in Japan in December 2016 (launched in March 2017) as the first prescription treatment in the country for adults with irritable bowel syndrome with constipation (IBS-C).

Ironwood reported $8.8m in sales of linoclotide active pharmaceutical ingredient to Astellas in the calendar second quarter of 2018.

The new approval is based on a Phase III placebo-controlled, parallel group trial with linaclotide 0.5mg administered for four weeks in 186 Japanese patients with chronic constipation. The change in weekly mean frequency of spontaneous bowel movement one week after the start of administration, the primary endpoint, showed a statistically significant improvement over placebo.

Ironwood noted that the prevalence of constipation in Japan has been reported as 2.5% for men and 4.6% for women.

Linaclotide is also marketed by Ironwood and Allergan as Linzess in the US, where it is indicated for the treatment of adults with IBS-C or chronic idiopathic constipation. In Europe, linaclotide is marketed asConstellaby Allergan for adults with moderate to severe IBS-C. Ironwood also has partnered with AstraZeneca for development and commercialization of linaclotide in China, Hong Kong and Macau.