J.P. Morgan 2020: What To Watch For At The Industry's Biggest Meeting

The J.P. Morgan Healthcare conference is being held a week later than usual, which only makes us more ready to hear what the industry's leaders have in store. Here's a preview of potential hot topics. 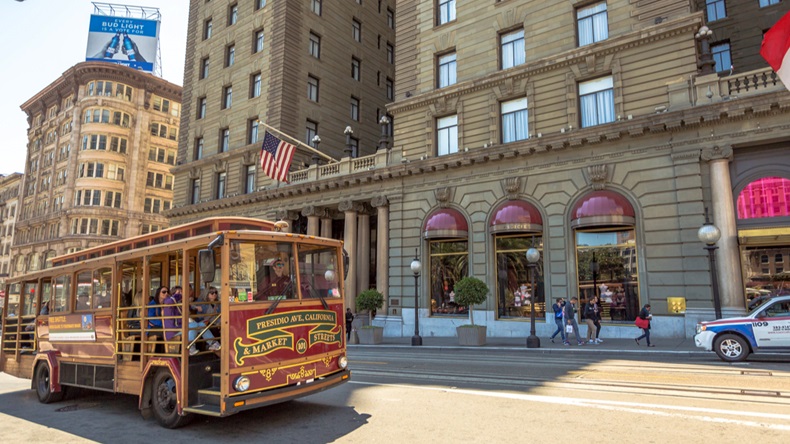 The pharmaceutical industry's biggest business meeting of the year – the J.P. Morgan Healthcare Conference – will kick off on 13 January. It's the time of year when leaders from private biotechs to big pharmas gather in San Francisco to make their case to investors, plant the seeds for future partnerships and celebrate the industry's wins at dozens of parties around the city.

The meeting usually sets the tone for the year ahead in drug development and deal-making, but this year marks the start of a new decade, which surely will not be lost on attendees, providing ample opportunity for industry to reflect on the notable achievements it has made and what it needs to do to succeed in the years to come.

This year, the meeting falls a week later than usual, giving executives more time to dust off the New Year's glitter and refocus on the year's priorities.

Lately, the mood at J.P. Morgan has been optimistic, fueled by a cash-rich investment environment, US corporate tax reform in 2018 and improvements in R&D productivity.
(Also see "Reflections From J.P. Morgan: Challenges As Always And Reasons For Optimism" - Scrip, 11 Jan, 2018.)  The stage seems set for a similar atmosphere in 2020 as big pharma's like Pfizer Inc., Novartis AG, AstraZeneca PLC, Merck & Co. Inc. and GlaxoSmithKline PLC head into a period of reasonable growth, powered by new launches and a lack of near-term patent losses; as new innovations like gene therapy and gene editing present exciting opportunities to cure disease; and as big drug makers stockpile cash to buy the next big breakthroughs.

Broadly speaking, the meeting is an opportunity for biopharma companies to outline near-term catalysts, growth plans, and sales and earnings forecasts. It's also a chance for new leaders to present their strategic vision. This year, Gilead Sciences Inc. CEO Daniel O'Day and Sanofi CEO Paul Hudson will present on behalf of their companies for the first time in the Grand Ballroom of the Westin St. Francis, and investors will be eager to hear more about their plans to drive long-term growth.

In the case of Gilead, in particular, investors will be listening to hear how O'Day is thinking about M&A, since most industry observers expect the company to be a buyer this year. Maybe Gilead will come to the meeting ready to announce a deal.

Bristol-Myers Squibb Co., on the other hand, may be a less active acquirer in 2020 and management will take the stage at J.P. Morgan for the first time since completing the company’s $76bn acquisition of Celgene in November. Bristol takes over the coveted 7:30 a.m. opening time slot in the Grand Ballroom that was long held by Celgene. (Also see "With Celgene Acquisition Closed, Bristol Faces Major Milestones" - Scrip, 21 Nov, 2019.)

Pfizer CEO Albert Bourla will be outlining his vision for a smaller, innovation-focused drug developer after Pfizer spins off its Upjohn business into a new company with
Mylan NV. (Also see "At Pfizer, A Split A Decade In The Making" - Scrip, 29 Jul, 2019.) Like he did last year, Bourla is scheduled to present in a fireside chat format and will skip the investor breakout. Updated plans for the merged Mylan/Upjohn business, to be called Viatris, are also expected to be presented when Mylan presents to investors in the Grand Ballroom on 15 January, marking Mylan's first and likely only time on the big stage.

Investors will also be curious to hear more from AbbVie Inc. CEO Richard Gonzalez about how the planned $63bn acquisition of Allergan PLC is proceeding, and if the closing is facing any antitrust challenges. (Also see "AbbVie Pounces On Chance To Buy Revenues In $63bn Mega-Deal For Allergan" - Scrip, 25 Jun, 2019.)

It's All About The Deals
Deal-making is always a big theme at J.P. Morgan and the deal news flow on the opening day can set the tenor for the rest of the meeting. Last year, Eli Lilly & Co.'s announcement at J.P. Morgan that it would buy Loxo Oncology Inc. for $8bn, coming just after news of the Bristol-Myers Squibb/Celgene merger, set a boisterous environment for the meeting. (Also see "J.P. Morgan 2019: Industry Throws A Bonanza, With An Elephant In The Room " - Scrip, 9 Jan, 2019.)

This year, as usual, the big question is which companies might be acquired and which companies might do the acquiring. Just as importantly, will there be any deal fervor at all? If no big deals are announced on the eve of J.P. Morgan or the first day, the mood of investors striding through the streets of San Francisco will become as stormy as the city's typically rainy January weather.

Amarin Corp. PLC is one company investors will be keeping a close eye on, with a big new approval from the US Food and Drug Administration for Vascepa (icosapent ethyl) for cardiovascular risk reduction. (Also see "Sales Already Growing As Vascepa Secures Cardio Approval" - Scrip, 16 Dec, 2019.) The company is widely viewed as a takeout target, though an expensive one. An alternative to a buyout is that the company could announce a European commercial partner, given that Amarin already has invested considerably to develop a US commercial team.

Esperion Therapeutics Inc. is another cardiovascular company with a lot of investor interest in its commercial and partnering strategy, since its late-stage cholesterol-lowering drug pending at FDA, bempedoic acid, has a 21 February action date.

Big pharma has shown it still is interested in the right cardiovascular assets. Novartis just completed the acquisition of a different single-asset cardiovascular company,
The Medicines Co., for $9.7bn, paying a 41% premium to gain the soon-to-be-filed PCSK9 inhibitor inclisiran. (Also see "Novartis To Pay $9.7bn For The Medicines Company" - Scrip, 24 Nov, 2019.)

Gene therapy is another hot acquisition and partnering target, as big pharma and big biotech jockey to get a leadership position in the burgeoning field that could deliver one-time cures for terrible diseases.

Problems To Be Solved
Despite excitement over the potential of cell and gene therapies, there's still limited commercial experience with the products, which present all kinds of new challenges for drug makers and the broader health care system. Finding solutions to these outstanding problems will be key to the industry's success in the next decade and will require new ideas around payment models and commercial execution.

Much like industry's experience with hepatitis C, an emerging question is what will the industry look like long term if it is developing treatments that essentially wipe out the market opportunity? The era of gene therapy is just unfolding, but some of these themes will surely emerge in discussions at J.P. Morgan, as industry watchers digest the first commercial launches like Novartis's Zolgensma and bluebird bio's Zynteglo in Europe.

Drug pricing is one shadow the industry can never get out from entirely, even as a lot of the concerns over policy proposals floated by the Trump administration early on have fizzled.

President Trump's drug pricing blueprint, released in May 2018, seems like a distant memory these days, as a lot of the more hard-hitting ideas have been struck down. Even rebate reform – the proposal pharma got behind – has cleared out like the fog in San Francisco Bay. Attention has turned to the US House bill HR3, which would require the federal government to negotiate Medicare drug prices. The bill passed the House but isn't going anywhere in the Republican-led Senate, which puts a lot of pressure on the 2020 elections for industry.  (Also see "US Government Drug Pricing ‘Negotiation:’ Where We Go From Here" - Scrip, 13 Dec, 2019.)

Drug Pricing In A US Election Year
Drug pricing and the US election year are likely to be persistent themes at J.P. Morgan. A progressive Democratic candidate like Bernie Sanders or Elizabeth Warren running for President would certainly put the industry's army of lobbyists on high alert.

As Wolfe Research analyst Tim Anderson said in a 7 January overview of the sector, "On the negative side, the most obvious issue is that US drug pricing remains in the spotlight."

"While the near-term likely sees nothing more than headlines (and possibly small administrative tweaks), the trajectory over the longer-term remains unpredictable, with one important toggle being who the next President is, and after that, who controls Congress," he said. "History shows that the industry almost always beats back onerous legislation but there is no guarantee this will continue forever into the future."

Some drug makers are trying to get ahead of the pricing debate by partnering with payers on unique payment models. Alnylam Pharmaceuticals Inc. stands out in this area, recently announcing a novel prevalence-based pricing and value-based reimbursement plant for the launch of its new RNAi drug Givlaari (givosiran).  (Also see "For An Ultra-High-Priced Drug, Alnylam Brings A New Idea" - Scrip, 20 Nov, 2019.)

Novel ideas like prevalence-based reimbursement – which would provide added rebates to payers if the number of diagnosed patients in their coverage pool exceeds current epidemiologic estimates for the rare disease it treats – likely represents the future path for drug makers looking to secure fast market access for high priced new drugs. At J.P. Morgan it will be interesting to hear from Alnylam and early gene therapy pioneers about how payers are responding to some of their new ideas.

J.P. Morgan is when the new year really kicks into gear, and it's about to get underway.