The summer season is proving to be a hot one for medtech M&A activity, with another busy month of deal-making in July. Twenty-five deals were announced and closed during the month, surpassing June's deal count and making it the month with the highest M&A activity to date. 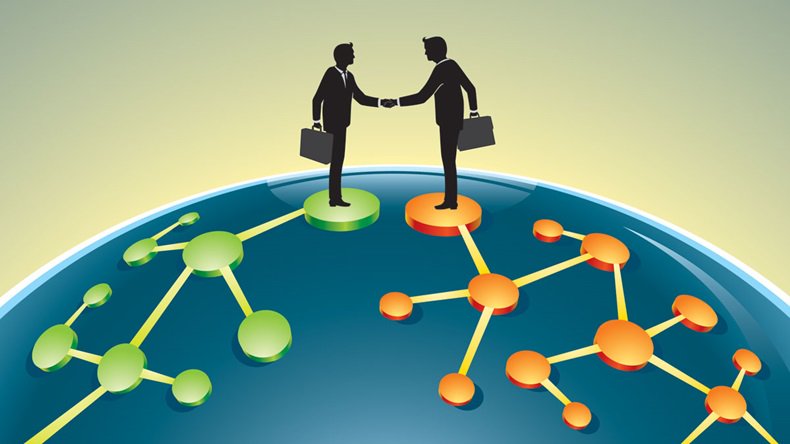 Medtech deal activity stayed hot in the month of July, continuing a busy summer trend. Twenty-five transactions were announced and closed during the month, making it the busiest month of the year to date and surpassing June's deal count. M&A levels were more than double the total recorded in the same period the previous year. (See Figure 1.)

In the biggest value deal of the month, LabCorp agreed to acquire specialty contract research organization (CRO) Chiltern for $1.2bn in cash. Chiltern will become part of LabCorp’s Covance CRO segment, which it acquired for $6.2bn in 2015. Since the acquisition, LabCorp's CRO division has grown to nearly $3bn in annual revenue. In a press release, Covance CEO John Ratliff said: "The addition enhances Covance’s offerings as a major partner serving the top 20 biopharma segment and expands our current offering to include a dedicated focus on the high-growth emerging and mid-market biopharma segments." The Chiltern acquisition will broaden LabCorp's geographical reach and capabilities. Earlier this year, Chiltern acquired Integrated Development Associates Co. Ltd (IDA), a Japanese CRO with offices in Japan, Korea and Southeast Asia.

The Chiltern acquisition is expected to be accretive to LabCorp’s adjusted earnings per share and free cash flow in year one and earn cost of capital by year three. The deal marks LabCorp's second acquisition of the year. In February the company agreed to buy Pathology Associates Medical Laboratories, a medical testing company for an undisclosed price.

Philips Healthcare chalked up more acquisitions, bringing two more companies into its fold. The Dutch giant scooped up TomTec Imaging Systems, a German ultrasound business (Also see "Philips Persists With M&A Strategy; Snaps Up Ultrasound Dx Biz" - Medtech Insight, 18 Jul, 2017.) and Health & Parenting, a healthcare and family-related mobile application for expectant and new parents. The July deals bring Philips total acquisitions for the year so far to seven. The acquisition of TomTec is the company's first acquisition this year in the ultrasound space as Philips aims to bulk up this side of the business and cement a leadership position in cardiac ultrasound.

Alere Inc. offloaded three assets from its cardiovascular, toxicology and blood gas analysis businesses, as per the US antitrust requirements agreed for its pending acquisition by Abbott. San Diego-based Quidel picked up Alere's Triage MeterPro cardiovascular and toxicology assets and the B-type Naturietic Peptide (BNP) assay business run on Beckman Coulter Inc. analyzers for up to $440m. Quidel said the Triage acquisition would significantly stabilize its quarterly revenue and enhance geographic and product diversity, with expansion opportunities in new markets.

"While the installed base of Triage MeterPro instruments in the U.S. nicely complements the installed base of our Sofia and Solana platforms in the hospital segment, there will be new call points that our U.S. commercial organization can leverage as well. And internationally, the Triage MeterPro system gives us access to the rapidly evolving cardiac biomarker segment, one of the faster growing segments in the IVD market,” stated Douglas Bryant, president and chief executive officer of Quidel.

In addition to this transaction, Siemens Healthineers agreed to buy Alere's blood diagnostic systems subsidiary Epocal Inc.., for an undisclosed price. Siemens said the acquisition includes Epocal's Epoc Blood Analysis System, a handheld, wireless testing solution that provides blood gas, electrolyte, and metabolite results at near-patient settings in about 30 seconds after sample introduction. Peter Koerte, president, POC diagnostics at Siemens Healthineers said: "The epoc product line will seamlessly integrate with our digital ecosystem offering customers the broadest solution available in the market. The acquisition complements our existing offerings in the point of care diagnostics space, with a view to provide customers globally with a full range of blood gas solutions."

Both deals are subject to the closing of Abbott's buy of Alere which is nearing completion. In July, Alere shareholders voted to approve its amended $5.3bn merger with Abbott, with Alere shareholders receiving $51 per common share in cash. The new merger was agreed in April, after what has been a long protracted legal battle between the two companies. The original merger agreement would have seen Abbott paying $5.8 billion for the company.

UK company Tissue Regenix said it will acquire CellRight Technologies, a US regenerative medicine to expand its portfolio and increase market presence in the US. CellRight develops a range of human tissue products based on proprietary bone processing techniques and soft tissue products spine, dental, sports medicine and general surgery. Tissue Regenix’s soft tissue products are based on its decellularisation dCELL technology, a multi-tissue regenerative medical platform. Tissue Regenix said combined with the capabilities of CellRight, it is positioned to launch into the US orthopedics market in early 2018 with an initial focus on ligament reconstruction products.

The company announced it had raised £40m through a placing and subscription of 400,000,000 new shares, which was used to finance the initial consideration of $25.9m for the acquisition and to accelerate growth of the company.