Experts at the International Council for Harmonisation have nearly completed the first draft of a guideline that explains in which situations nonclinical juvenile animal testing is considered informative and necessary to support pediatric drug development. The guideline is expected to address the "discordant advice" that different regulatory agencies currently offer companies in relation to such studies. 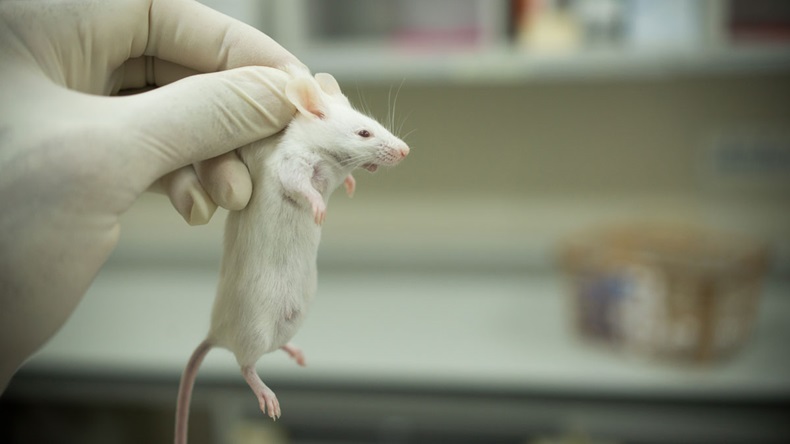 A new guideline that is being drafted by the International Council for Harmonisation on how and when juvenile animal studies can support the development of pediatric medicines is expected to take a more holistic view of the topic by ensuring that its focus is not limited to toxicological concerns alone.

The guideline will address pharmacology considerations, ensure that such studies cover the relevant developmental stages of animals in relation to pediatric populations, offer advice on the selection of appropriate endpoints, Georg Schmitt, of Roche, told delegates at a conference*, in London, this week. It will also require that juvenile animal studies be undertaken only if they can add value, said Schmitt, who is head of toxicology and nonclinical pediatrics at Roche.

"We are clearly moving away from the approach that 'juvenile studies are good whatever the reason' to the scenario that they" should only be requested "when needed" – Roberto De Lisa, EMA.

The aim is to move away from simply "ticking boxes" to adopting a case-by-case approach on whether animal juvenile studies are really needed and how these should be designed, Schmitt said of the ICH S11 guideline, entitled: Nonclinical Safety Testing in Support of Development of Paediatric Medicine.

The first draft of the guideline was expected to be ready in November, though Schmitt doubts that this deadline will be met. "We will definitely have it at the beginning of next year, which means we are still on track for releasing the final guideline in mid-2019," he said.

Among other things, the S11 document will offer guidance on how to support non-clinical drug development for pediatric-first and pediatric-only indications. This is an area where there is currently no dedicated regulatory guidance available, said Schmitt, who represents European pharmaceutical industry federation EFPIA on the ICH's S11 expert working group.

On this front, he explained, the considerations are the same as those for first-in-human trials involving healthy adult volunteers. "So [for pediatric-first and pediatric-only indications], we will have a two-species approach like in the adult setting. The difference is that we will start in relevant juvenile animal ages and we will probably also consider additional endpoints that are usually not included in the classical adult toxicology studies," he said.

The chapter in the upcoming guideline on pediatric-first and pediatric-only indications has been carefully drafted to ensure there is no divergence with other ICH guidelines that also touch upon this topic. The Q&A for the ICH's S9 guideline on the nonclinical evaluation of anticancer pharmaceuticals, for example, states that to support clinical development in a pediatric-only indication, the age of animals in the repeat-dose toxicity studies should be chosen to cover the age of the patient population in the initial clinical trials. "This is exactly what we will also state [in the S11] so that we are not in conflict with another ICH guideline," Schmitt said.

According to the Roche executive, the S11 guideline is also expected to result in an harmonized regulatory approach to:

Deciding when a juvenile toxicology study is needed: Schmitt explained that considerations on this front would start with the clinical setting, and would explore issues relating to, for example, what the clinical trial is about, the indications being studied, the age group covered and the available safety data.

Most juvenile toxicity studies have been performed due to lack of scientific knowledge or regulatory experience, or "because there was a perceived uncertainty or risk, rather than a truly identified concern that needed to be addressed," Schmitt said. The message being conveyed through the S11 is that such studies should only be conducted when necessary, and that they should be less extensive.

Designing juvenile animal studies: The S11 will offer guidance on the selection of the best species. Schmitt noted that in 80% of such studies, "we can [use], and have been successfully using, the rat." In addition, the guideline will explain how sponsors should decide on the right age for animal models, select the right dosing and decide on the related regimen.

Most importantly, it will offer advice on the selection of the appropriate endpoints. Schmitt said there had been instances in the past where drug sponsors conducting juvenile animal studies had used the right species at the right age but the wrong endpoints. As a result, these studies "were overloaded and gave the wrong signals, which did not relate to the human situation,” The aim when selecting endpoints is not to “just add what you can do” but should be “to do what you need to do," Schmitt said.

Giving the European Medicines Agency’s perspective on ICH S11, Roberto De Lisa said that the guideline was "highly awaited." Speaking at the same conference in London, De Lisa told delegates "we are clearly moving away from the approach that 'juvenile studies are good whatever the reason' to the scenario that they" should only be requested "when needed."

De Lisa, a scientific officer at the EMA's Paediatric Medicines Office, noted that the guideline was also important for industry as it would help companies justify their reasons to the regulators for conducting or for not conducting juvenile studies.

To draw up the guideline, Schmitt explained that the ICH experts reviewed existing literature, looked at regulatory and industry experience with juvenile animal studies, and undertook an industry survey covering 50 companies and over 300 projects. The survey showed that in about 40% of cases, companies felt they had received discordant advice on such studies from the health authorities.

Schmitt hopes that the final S11 guideline will address some of the differences in the approaches the different regulatory authorities take in relation to juvenile animal studies. A harmonized approach would help companies come up with a single nonclinical development plan that would satisfy all regulatory regions, and help deliver medicines to pediatric patients faster.