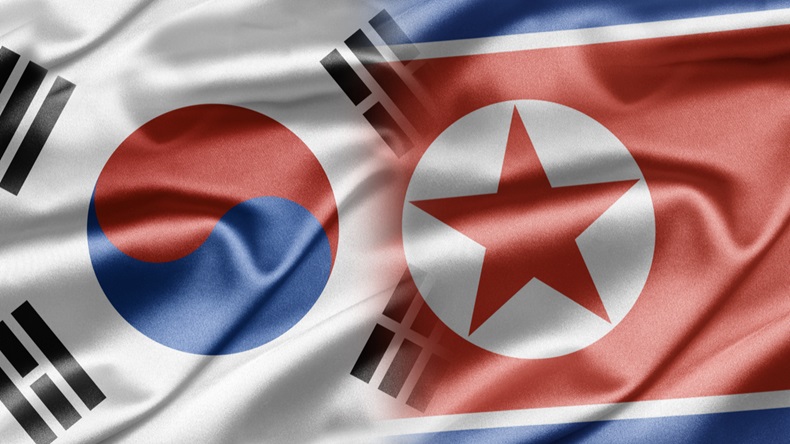 A report from a South Korean government institution has suggested possible ways to support North Korea and its cooperation with the South in the healthcare sector through the joint use of a special administrative industrial region in North Korea called the Kaesong Industrial Complex.

In the report, Yong Il Jeon, an economics professor at the South's Sungkyunkwan University, suggests the construction of a healthcare manufacturing facility in the complex as a starting point to prepare for the era of a unified Korean peninsula and as part of wider economic support that might be provided to North Korea in such a scenario.

"Building a manufacturing facility for healthcare products in Kaesong Industrial Complex and establishing a healthcare organization, which can serve both economic and public purposes, within the facility could be a starting point of the development and cooperation project to enhance North Korea's healthcare standards," suggested Jeon in the report issued by Korea Health Industry Development Institute (KHIDI), a government affiliated institution, back in June 2015.

Possible modes of cooperation and collaboration between the two Koreas are again gaining attention as the divided countries prepare to hold new talks over possible reconciliation this month, and ahead of a planned top-level US-North Korea summit expected within the next few months.

By operating such a joint facility, South Korea can make use of North Korea's cheap and quality labor force to lower production costs and maximize profits. At the same time, the site could also serve as public healthcare support center led by South Korea to address healthcare issues in North Korea, the report states.

If the project is launched, it could also offer new business opportunities for South Korean pharma and medical device companies which are suffering from a weak domestic market.

The report cited the dental industry, processing of herbal-derived products such as ginseng and red ginseng, and the manufacturing of medical products such as transfusion sets, syringes and iron pills, as examples of businesses that could be handled by the healthcare facility in the industrial complex. Maintaining the facility would also require continued support and the supply of active pharmaceutical ingredients.

As a way to restore and maintain North Korea's healthcare system, it is worth considering nurturing part of the health industry that would capitalize on the two Koreas' relative strengths. This may include building a supply facility for drugs such as transfusion agents, as well as medical devices, for which South Korea could provide relevant technology and reach processing contracts with North Korea, the report suggested.

The Kaesong Industrial Complex, which is located ten kilometers north of the Korean peninsula’s border and demilitarized zone, is unique as it is currently the only economic cooperation area between the two countries. Due to the current freeze in the relationship between the two sides it is difficult to proceed with the building and operation of the project at present and it will require approvals from both sides, so this will be a long-term strategy that may be seen as reasonable once relations improve, the report said.

Any healthcare facility that is built in the industrial complex needs to have a public purpose to contribute to the advancement of the North Korean healthcare industry, and to maximize the profits of the companies that participate. The South Korean government could implement systemic support to help private capital to easily enter the industrial complex and reconcile any disputes.

Construction of a healthcare organization and relevant manufacturing facility could also help lower social welfare costs after any reunification and help contribute to securing labor, while the possible attraction and use of private sector capital to proceed with this project would lower the government cost burden, the report suggests.

South Korea could also use other policy funds aside from the existing cooperation fund to proceed with the project, the professor suggested.

Meanwhile, North Korea's apparent plans to suspend further nuclear and intercontinental ballistic missile tests and close its nuclear test site have raised further hopes for a breakthrough in the upcoming negotiations on denuclearization, although it is still uncertain at this stage whether North Korean leader Kim Jong Un will be prepared to fully give up his nuclear capabilities, which are likely to be a key bargaining chip in the planned talks.

The world is closely eyeing the summit on April 27 between Kim and South Korean President Moon Jae-in, and particularly a planned meeting with US President Donald Trump in May or early June.

North Korea is in a very unusual situation in terms of disease and health status, so South Korea could yield "surprising" achievements by conducting joint research with the North, said Hee Young Shin, head of Institute for Health and Unification Studies at Seoul National University's College of Medicine, in the KHIDI report.

"By using the strengths of each side, I believe we can do many things such as development of new medical technology, creation of new knowledge about diseases and development of new medical devices, which can't be done by just providing humanitarian aid," Shin said in the report, calling for the need to reach a healthcare agreement between the two Koreas to begin and sustain exchanges in this sector.

The Institute for Health and Unification Studies said that it is necessary to establish a joint research center between South and North Korea in Kaesong to prepare for a joint study between the two Koreas to explore development of novel botanical drugs.

Health In The North

North Korea's actual health situation is estimated to be worse than what the very limited statistics indicate; its medical system is seen as on the brink of collapse and desperately needs external support. It is the only country left in the world that has regularly cut off exchanges with the outside world for about 70 years, and the communist nation has been receiving very little outside humanitarian aid in recent years.

North Korea's health standards are thought to be similar to South Korean levels 30 years ago. The biggest cause of death in the North is known to be cardiovascular disorders, followed by pneumonia and influenza, stroke, hypertension and tuberculosis. By analyzing North Korean medical journals, the Institute for Health and Unification Studies has found that the reclusive country has been actively conducting research on botanical drugs, particularly in gastroenterology, blood/immunology and nutrition/metabolism, although there is very limited basic research.

North Korea's traditional medicine system, which is called Koryo, uses botanical, animal and mineral materials and relatively focuses on prevention. Koryo advanced sharply when North Korea’s standard drug supply system collapsed due to economic woes in 1990s, although some conventional drug supplies are thought to come in from neighboring China.