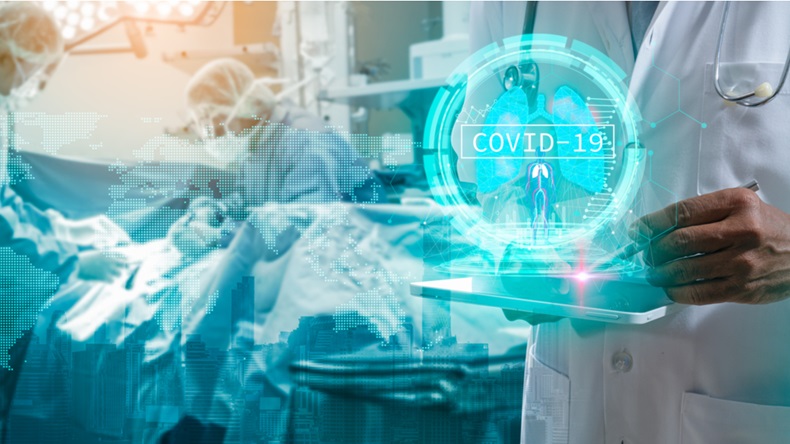 Kancera AB has joined the growing list of pharma players hoping to reposition a clinical-stage small molecule with an immunomodulatory mechanism as a candidate for COVID-19.

“The ultimate goal of the clinical development of that proposed trial using KAND567 would be to curb hyperinflammation and thus avoid intensive care treatment and long-term rehabilitation for patients with COVID-19,” Olin said in an interview.

The study would be conducted in collaboration with Capio St. Görans Hospital and the Science for Life Laboratory in Stockholm. The operation is ready to start at short notice after approval, the CEO said.

KAND567 works by blocking the fractalkine receptor which plays a key role when the body's immune system initiates the inflammatory process. It recently successfully completed a Phase Ib program in healthy volunteers as part of the company’s plans to develop KAND567 as a treatment for patients with acute myocardial infarction.

“Hyperinflammation can lead to serious complications in both myocardial infarction and severe viral infections such as COVID-19. Myocardial infarction has been our chief focus at Kancera but we now also want to explore the possibility of developing a treatment based on KAND567 for COVID-19,” Olin explained. He expects a response from the Swedish regulatory agency “within weeks because COVID-19 applications are currently given priority but just how soon after that a trial could begin is unclear,” he said.

When the fractalkine receptor is blocked by treatment with KAND567, certain types of immune cells are prevented from accumulating in various tissues and organs, which can attenuate a harmful inflammatory reaction, Olin explained. Because KAND567 acts selectively only against cytotoxic immune cells, treatment is expected to support the immune system's ability to fight the virus that causes covid-19 with antibodies.

“Our planned Phase II trial for severe COVID-19 patients will profile the immune response and lung function and lung inflammation, so we expect to gain a lot of knowledge about the possibilities for stopping and blocking this hyperinflammation that drives this disease,” Olin said.

The study will recruit COVID-19 patients with hypoxia who have failed to clear the initial infection and are in the early stages of or at risk of developing a hyperinflammatory response. The study will comprise around 40 patients, half of whom will receive oral KAND-567 plus best supportive care with the other receiving best supportive care only. The trial has an open-label design due to the lack of an available placebo that would visually resemble the experimental drug.

To Make A Difference

Olin acknowledged that there is a growing supply of contenders hoping to test their investigative assets or existing therapies in the fight against the SARS-CoV-2 virus and resulting COVID-19 disease.

“There are many initiatives in the field of immune regulation so we are not alone there, but where we are unique that the way we address hyperinflammation is that we can block the infiltration of subsets of monocytes and macrophages and T cells that are noticed to be present in lung tissue in the COVID-19 disease. We are therefore quite selective in our approach here and with it maintain the capability of the immune system to form antibodies towards the virus and thereby not hamper the function of the B cell function, which is very important,” he said.

“If we can show that KAND567 can halt hyperinflammation, then we will seek an expanded Phase II study, and that would be consistent with the planned regulatory pathway for this product, and it might even accelerate the regulatory pathway to the market, possibly through a breakthrough designation,” Olin said.

COVID-19 represents the fourth lead indication for KAND-567, which was first explored by AstraZeneca as a multiple sclerosis drug. Kancera took on the asset when it was still preclinical.

“The initial therapy target then was autoimmune disease, and when AstraZeneca PLC closed their research and development operations in CNS they put this project up for sale and we saw the potential application in other disease areas,” Olin explained. “We started working with it in early 2016 and have developed the compound from that pre-clinical stage, through toxicology and up to Phase II. We have also developed a second-generation compound for additional applications,” Olin said.