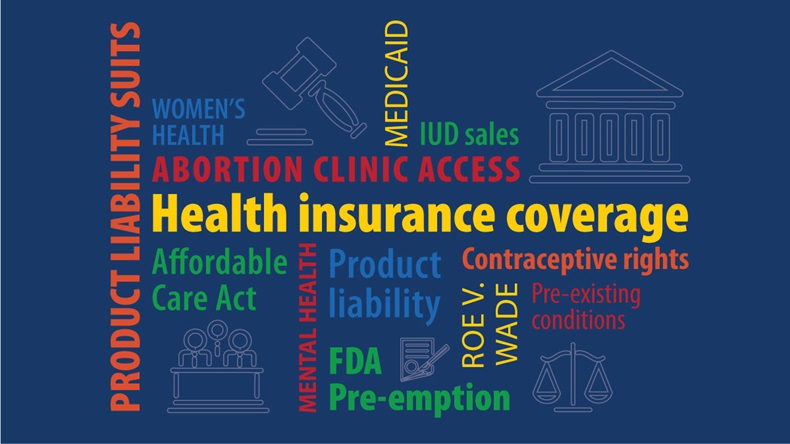 [Editor’s note: This is the third of a multi-part Medtech Insight feature series on what a more conservative Supreme Court could mean for future court decisions that impact the device industry. The first was: Kennedy Replacement On Supreme Court Could Impact FDA Preemption Law, Sales Of Contraceptive Devices; the second, How Kavanaugh High Court Input Could Increase IUD Sales.]

If the Senate confirms Judge Brett Kavanaugh to sit on the Supreme Court, a chunk of private insurance coverage for medtech products used to treat preexisting conditions – and for devices indicated for mental-health conditions – could be threatened, based on his prior rulings aimed at striking down the Affordable Care Act and its coverage provisions.

Among the medtech products that could experience a downturn in insurance coverage and Medicaid reimbursements should Kavanaugh’s ascendance to the court tilt it in a more conservative direction are devices designed to treat or diagnose chronic and preexisting ailments such as cancer, diabetes, respiratory conditions, sleep apnea and mental illness.

Coverage under ACA marketplace insurance plans is currently guaranteed for preexisting conditions such as cancer and diabetes, and for mental-health care, for example. But if the entire law is struck down by the high court, these conditions may not be covered under the shorter-term, lower-cost insurance plans the Trump administration now favors and would likely offer as ACA substitutes to lower-income people not covered under group plans.

In a recent analysis of a key lawsuit aimed at repealing Obamacare now pending before the US District Court for the Northern District of Texas,Texas v. United States(which could eventually make its way before the Supreme Court), the think tank  Urban Institute estimated that if the entire ACA were eliminated, 17.1 million people would lose their insurance coverage in 2019. (See “UpcomingTexas v. USCase Will Test ACA Guarantees Of Coverage,” below.)

Among the most common types of preexisting conditions for which individuals below Medicare eligibility age were denied insurance before the ACA went into effect were anxiety, diabetes, asthma, sleep apnea, depression, chronic obstructive pulmonary disease (COPD), extreme obesity, atherosclerosis and cancer, according to a report by CNN in September 2017.

But after the law passed in 2010 and was implemented, those individuals who were previously uninsured were able to get insurance coverage, in part due to government subsidies making plans on the marketplace more affordable, and in part because ACA prohibited insurance companies from denying coverage to those with preexisting conditions.

“Invalidating the entire ACA would cause considerable harm … [the] shifts would decrease revenues for health-care providers and increase financial burdens associated with uncompensated care,” the Urban Institute says.

According an Urban Institute analysis in mid-June using the group’s Health Insurance Policy Simulation Model (HIPSM), without the ACA, the number of insured people would fall to 223 million (from the 240 million nonelderly people who would otherwise be covered). Also, Medicaid/CHIP (Children’s Health Insurance Program) enrollment would drop by 15.1 million.

Many of the preexisting diseases now covered for people on ACA insurance plans, or those who gained coverage via Medicaid expansiondueto Obamacare provisions, are treatable or can be diagnosed with the aid of devices.

But if the US – due to an adverse court ruling that invalidates the ACA – returns to a situation where roughly 13% fewer Americans are covered by insurance, the device industry should expect to see a related drop in use of medtech products indicated for the various conditions, some examples of which are highlighted in the chart below. It lists eight of the 10 most-common preexisting conditions in order of their prevalence within the US population, as well as a sampling of medtech products FDA has cleared or approved to treat or diagnose them.

Preexisting Conditions For Which Individuals Could Lose Coverage If ACA Is Repealed; Devices To Treat Or Diagnose
Sources for "US Population Afflicted" statistics: US Centers for Disease Control and Prevention, Sleep Foundation

Kavanaugh’s judicial record shows that in at least three different cases, the judge has ruled against upholding key ACA provisions. If the past is prologue as to how a more conservative high court with Kavanaugh on board would rule, new cases now working their way up through the judicial system toward Supreme Court review will test how well all ACA provisions survive.

An example of one new case that would challenge whether insurers have to offer coverage to people with preexisting conditions is the lawsuit pending in the Texas district court. Legal analysts sayTexas v. United Statesis likely to come before the high court within the next year. In the case, 20 Republican state attorneys general have sued the US government to overturn the constitutionality of ACA’s individual mandate, since the penalty connected to it was already repealed by Congress as part of tax law changes earlier this year.

In addition,Texas v. United Stateschallenges ACA’s guarantees that insurers cannot turn down, or charge more, to individuals with preexisting conditions for their insurance coverage. On June 7, the Trump administration’s US Department of Justice filed a brief in support of the lawsuit, laying out reasons why DOJ wouldnotdefend the ACA’s preexisting conditions guarantees.

However, several public-health groups, unions and insurers have filed briefs opposing the lawsuit, and many cited the Urban Institute’s estimate that 17.1 million people would lose their insurance coverage in 2019 if the 20 state attorneys were successful, and the crucial “guaranteed coverage” portions of the ACA were erased as a result.

One of the groups that filed a brief in support of the US government, and in keeping the ACA intact, is Economic Scholars, which includes senior economists and health-policy experts from Harvard University (David Cutler, John E. McDonough and former Congressional Budget Office Director Douglas Elmendorf), Blumberg and Hollahan of the Urban Institute, and Georgetown University McCourt School of Public Policy Professor Judith Feder, among others.

They noted that the injunction the plaintiffs are seeking inTexas v. United States– aimed at invalidating all of the ACA – “would cause millions of people to lose insurance” and eliminate “guaranteed issue provisions that prevent insurers from charging higher premiums for customers with preexisting conditions.”

Economic Scholars added: “Without those provisions, individuals with preexisting conditions would likely be unable to obtain insurance at any price, and thus would not be eligible for the premium tax cut subsidies the ACA provides.”

Kavanaugh's History Of Rulings In Opposition To ACA

Judge Kavanaugh’s history of rulings in opposition to ACA can be tracked in three separate cases. In the US Circuit Court of Appeals (DC Circuit) court caseSeven-Sky v. Holder, for example, the Supreme Court nominee ruled against the court’s decision to uphold the ACA. In his dissent in the 2011 case, Kavanaugh said there is a limit on Congress’ power to order people to buy a product like health insurance.

He also dissented in a 2015 decision by the circuit court, Sissel v. Department of Health and Human Services, which challenged whether the ACA’s provisions on raising revenues – the penalties applied under the individual mandate provision – were legitimate. Challengers of Obamacare in the case said because the act originated in the Senate, rather than the House, the chamber of Congress where tax and revenue-raising laws must arise, it was invalid. The majority of the DC Circuit Court disagreed and ruled that the Affordable Care Act neednotto have originated in the Senate because it was not designed as a revenue-raising bill.

Kavanaugh argued in his dissent that the ACA was indeed a revenue-raising bill, because provisions of the law (such as the 2.3% excise tax on medical devices) imposed taxes.

The Trump nominee also dissented in a third DC Circuit Court case in 2015,Priests for Life v. Department of Health and Human Services. In the case, for which the DC court declined a full review, the religious group Priests for Life objected to taking part in the process for employers who wanted to opt out of ACA’s contraceptive mandate. They argued that filling out the paperwork to be conducted by groups that were eligible for exemptions from the birth control mandate “burdened” their beliefs.

Kavanaugh agreed with the Priests’ group, writing that judges should not be in a position to question the sincerity of the religious group’s beliefs, writing, “To plaintiffs, the acting of submitting this [exemption] form would, in their religious judgment, impermissibly facilitate delivery of contraceptive and abortifacient coverage.”

Senate Republican leaders initially believed the Supreme Court nominee’s confirmation could be carried out in September, so Kavanaugh could be confirmed well before the national Nov. 6 election.

To conduct a thorough review of his career, GOP leaders requested that the National Archives release thousands of pages of records on the judge’s previous government work. However, the Archives replied on Aug. 2 that a review of the records prior to their release will last through October, so the confirmation process could be delayed until then. Congressional leaders wanted to see documents from Judge Kavanaugh’s time working for former President George Bush counsel’s office from 2001 to 2003, among other papers.