After a year full of disappointing and unexpected events, the South Korean pharma sector is hoping for a turnaround in 2020, with expected biosimilar launches in global markets, progress in drug pipelines, large IPOs and implementation of a new law on cutting-edge biologics. 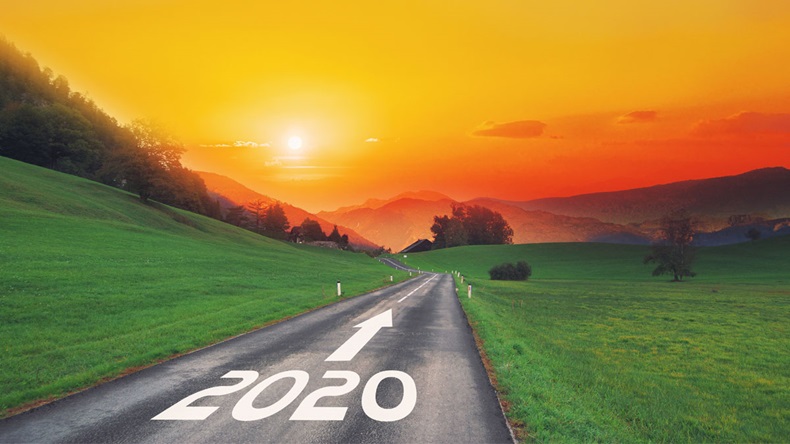 WHAT WILL 2020 BRING FOR KOREAN PHARMAS? Source: Shutterstock

After experiencing a roller coaster ride of multiple negative issues, South Korean pharma companies are hoping for a better year in 2020.

Rapidly expanding companies including including Celltrion Inc. are poised to return to sharp sales growth this year, in its case helped by the anticipated launch of three new biosimilar products. Truxima (rituximab-abbs) and Herzuma (trastuzumab-pkrb), which received approvals from the US FDA in late 2018, are expected to finally launch in the US market, while Remsima SC, the world’s first subcutaneous biosimilar version of infliximab, is also slated to launch in Europe after receiving approval there in 2019, according to South Korea's Hana Financial Investment.

South Korean companies have become first movers in the global biosimilars market and have a large impact on South Korea’s exports of biologics. However, competition in the international market is intensifying as originators such as Amgen Inc. jump into the sector, said Yun-Taek Jung, president of the Pharmaceutical Strategy Institute.

“South Korean biosimilar companies need a more evolved strategy, such as diversifying into biobetters, to maintain their leadership,” he suggested.

Korean Deals Eyed At JPM
As evidenced in previous years, the annual JP Morgan Healthcare Conference in early January will likely become an active deal-making venue for pharmas/biotechs including South Korean firms, so will be worth watching for possible new agreements. Last year, Yuhan Corp. announced a large license deal with Gilead Sciences Inc. for a non-alcoholic steatohepatitis (NASH) therapy during the conference, which "will also serve as a major momentum in licensing-out deals this year,” Jung predicted.

This year, large South Korean firms including Hanmi Pharmaceutical Co. Ltd., LG Chem and Celltrion, as well as bioventures such as Genexine Inc. and Voronoi Inc., are attending the conference to present their data and discuss possible deals with foreign companies.

Voronoi for instance said it plans to meet with 26 global pharmas during the conference to discuss possible agreements for five pipeline assets including a novel EGFR inhibitor targeting Exon 20 insertion mutations in non-small cell lung cancer, as well as a DYRK1A inhibitor and RIPK1 inhibitor for inflammatory diseases. The latter two are set to begin global Phase I trials in the first half. (Also see "Voronoi In Spotlight For Brain-Permeable Lung Cancer Candidate" - Scrip, 27 Nov, 2019.)

Data Announcements, Pipeline Progress
Later in 2020 after JP Morgan, important trial data for several anticancers being developed by Korean firms will be announced at major international conferences such as ASCO and AACR. According to Kiwoom Securities, these will include findings on a combination trial for Yuhan’s lazertinib with Johnson & Johnson's JNJ-372, Genexine’s GX-188E with Merck & Co. Inc.'s Keytruda (pembrolizumab) and Hyleukin with Keytruda, MedPacto’s vactosertib with Keytruda and PharmAbcine’s olinvacimab with Keytruda are all slated to be announced at these meetings.

Meanwhile, Hana Financial has listed some assets in the pipeline at South Korean companies that are worth monitoring this year given their potential to meet global pharma needs.

These include Yuhan’s NASH therapy candidate YH25724, which was licensed out to Boehringer Ingelheim International GmbH at the preclinical stage, Hanmi’s NASH candidate LAPS-triple agonist, which is undergoing a Phase I in the US, and Chong Kun Dang Pharmaceutical Corp.’s EGFR/c-Met bispecific antibody CKD-702 which is gearing up for Phase I in South Korea as a third-line treatment for non-small cell lung cancer (NSCLC).

Yuhan is set to begin a Phase III clinical trial with lazertinib (YH25448) in South Korea for EGFR T790 mutant NSCLC as part of the global Phase III program being conducted by partner Janssen Biotech Inc.; the country will be the first to start the trial. Yuhan licensed out lazertinib to Janssen Biotech in late 2018 and has been co-developing the drug. Janssen is also planning to begin the combo trials of lazertinib in combination with JNJ-372, its EGFR/c-Met bispecific antibody.

While some biotechs with interesting platform technologies will remain under the radar as most of them still haven’t reached clinical proof of concept, Hanmi’s LAPSCOVERY and Genexine’s HybridFc platforms have reached this stage and may generate partnering interest.

OliX Pharmaceuticals Inc., a developer of RNA interference therapeutics, is also nearing this stage with a planned Phase II US study of OLX101 for skin scars. The company is aiming to receive IND approval for the study this year. (Also see "OliX Eyes RNAi Leadership In Asia And Beyond" - Scrip, 8 Jan, 2018.)

OliX, which has developed cell-penetrating asymmetric siRNAi (small interfering RNAi) technology, is in addition gearing up to begin clinical trials of several other pipelines in 2020. It plans to file for INDs to begin Phase I studies in the US for idiopathic pulmonary fibrosis therapy OLX201A, age-related macular degeneration (wet/dry) therapy OLX301A. and OLX304A for retinitis pigmentosa, according to Hana Financial.

Cell, Gene Therapies In Spotlight, IPOs Await
In other areas, it seems clear that cell and gene therapies will continue to be under the spotlight, particularly as a new cutting-edge biologics law will be implemented later this year in South Korea.

Through the new legislation to support and manage the safety of such regenerative medicines and biologics, the country hopes to reduce the gap with major countries that already have separate legal frameworks and regulations for cell/gene therapies. The pharma industry expects the new law will help to reinvigorate R&D of innovative biologics and to boost open innovation between biotech and pharma companies.  (Also see "Gene And Cell Therapies In Asia: New Korean Law To Change Landscape Of Cutting Edge Biologics" - Pink Sheet, 7 Nov, 2019.)

Large-scale initial public offerings by SK Biopharmaceuticals Co. Ltd., CJ Healthcare and Voronoi are also expected to take place this year. In particular, SK Bio's IPO, which is likely to take place in early 2020, will be keenly awaited as the SK Group company already has two approved new drugs in the US, independently and through a partner. (Also see "Korean Biotech Sentiment Still Shaky But IPO Recovery Seen By Year-End" - Scrip, 12 Nov, 2019.)

SK Biopharmaceuticals and US subsidiary SK Life Science, Inc. received US FDA approvals for its novel anti-epileptic drug Xcopri (cenobamate) for the treatment of partial-onset seizures in adult patients and solriamfetol for daytime sleepiness associated with narcolepsy or obstructive sleep apnea.