Anil Koul, part of the Johnson & Johnson team that discovered and developed TB drug Sirturo, is currently on a sabbatical to head up IMTECH, an Indian R&D institute. Koul shares with Scrip the ups and downs of Sirturo's development journey and outlines what he hopes to achieve at IMTECH. 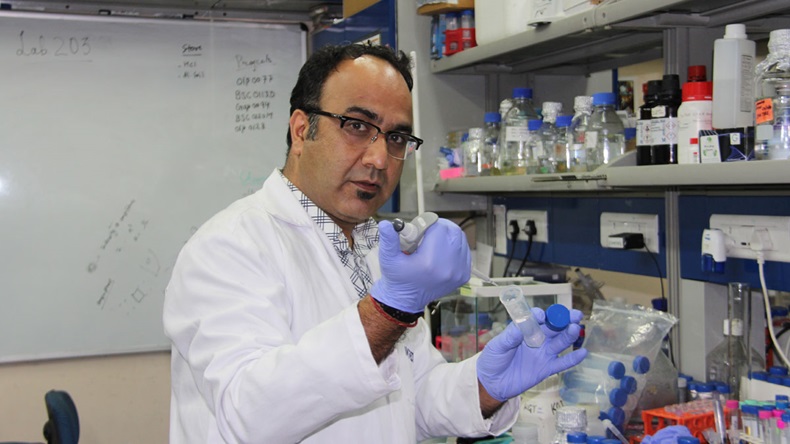 For any top-notch scientist, shifting from a frontline innovator firm to a government R&D institution in an emerging market like India is, as some industry watchers say, akin to moving from Hollywood to local theater. Smaller budgets, technology constraints, scale limitations and inefficiencies are just some of the general variances that you may have to deal with.

But Dr. Anil Koul, part of the Johnson & Johnson team that discovered and developed tuberculosis (TB) drug Sirturo (bedaquiline), believes that the big picture, at times, warrants taking in your stride the challenges that come with such choices. After all, the development journey of Sirturo, the first new TB medicine in more than 40 years and a poster child in the war against multidrug-resistant (MDR) tuberculosis, had its share of significant troughs and peaks.

Koul, a senior director and head of respiratory infections discovery group at J&J in Belgium, is currently on a sabbatical and now heads the Chandigarh-based Institute of Microbial Technology (IMTECH), a research institute of India’s Council of Scientific and Industrial Research (CSIR).

Koul tells Scrip that initially, the scientific community was “skeptical” about the bedaquiline discovery, particularly its target. Very few people believed it was possible to target ATP synthase – an enzyme which is essential for the generation of energy in mycobacterium tuberculosis that is also present in humans – as was published in an earlier Science paper by Koen Andries et.al. Dr Andries led the bedaquiline discovery team.

“However, subsequently, we were able to prove categorically, through various biochemical and biophysical means, that the target was ATP synthase of TB bacterium (Nature Chemical Biology, 2007). We also established the selectivity of the target ATP synthase in mycobacterial as compared to its human homologue,” Koul said.

Challenges And ‘Another Chance’

But bigger challenges lay ahead: The first TB patient trial with the drug did not show “exceptional” results. It was a seven-day treatment trial to measure the early bactericidal activity and bedaquiline “did not perform as well as expected,” raising questions at the time around the program’s future.

Koul said there was a period of “great uncertainty,” not knowing whether the project would “move forward or be stopped." However, a subsequent two-month multidrug-resistant TB treatment trial was a “phenomenal success.”

Importantly, Koul underscores that the “lack of commercial opportunity” for TB treatments was “balanced” by the support of J&J’s senior leadership, which had a “strong commitment and desire” to make an impact for those suffering from this neglected disease. In particular, he refers to leaders like J&J’s chief scientific officer, Paul Stoffels, who backed the drug, giving it “another chance” in a larger trial in multidrug-resistant TB patients; a decision that clearly changed the course of bedaquiline’s history.

Significantly, Stoffels on a visit to India in February 2017 told Scrip that he hoped a potential J&J-IMTECH alliance could “pull off something special” in India and jointly progress the science for a new medicine in TB. Koul was perhaps just the right man to steer things. Stoffels, at the time, also mentioned how Koul had “very good insight on what it takes to get from science in the lab to a product.” Koul is a recipient of the "Johnson Medal," the highest award for R&D excellence within J&J, for his contribution to the discovery and development of Sirturo.

Months later, in August 2017, J&J announced a partnership with IMTECH, to accelerate R&D for innovative new treatments for TB in India. The partners expect to explore “more effective, safer, all-oral treatment regimens” for multidrug-resistant TB and also develop new molecular entities to treat all TB patients. “The idea is to work on a synergistic combination of drugs working in same biological pathways as bedaquiline,” Koul explained.

The collaboration aims to develop a completely new all-oral combination therapy with a significantly shorter treatment duration that could be used by anyone, regardless of their drug resistance indications, and with a better safety profile.

While CSIR-IMTECH expects to provide expertise in areas of bacterial energy metabolism – which is the target of combination therapy – J&J brings its broad preclinical and clinical development resources and experience. “By bringing together the best of India’s TB scientists with a global team of experts in drug development from Johnson & Johnson, we aim to deliver on the national strategic goal of ending TB by 2025,” Koul declared. The collaboration hopes to move a potential new therapy into clinical testing by 2020/21.

But surely the shift from Belgium to Chandigarh in India, where IMTECH is based, is a huge contrast, to say the least. Koul said his friends reacted with “shock to sheer disbelief and even a bit of sympathy” when he informed them that he was headed to India to work in a government R&D outfit, though it was apparently no less than India’s Prime Minister Narendra Modi who invited the Sirturo scientist back to his homeland. Speculation suggests that Koul has the ear of the Indian PM, though the scientist isn’t saying much on that front for now.

Koul says that as president of the Council of Scientific and Industrial Research, PM Modi’s commitment towards Indian science and the ability of scientific innovation to deliver positive results and solve some of the national problems is “quite big." India’s scientific leaders believe that IMTECH’s mandate of doing more product-related and translational science is important for delivering value out of India’s R&D investment, especially in areas such as neglected diseases, he adds.

Koul's goal is to enable scientists at IMTECH to translate their basic biomedical research into early products and technologies with a greater emphasis on collaborative industrial research. “Such developments should ultimately strengthen and support efforts to address India’s healthcare challenges, bring value to the country’s R&D investments and give taxpayers greater value for money." He also wants to promote an “open-innovation model for drug discovery” in order to address the diseases of developing countries. (Also see "INTERVIEW: Janssen India Boss On Sirturo Pricing And Real World Evidence" - Scrip, 10 Apr, 2016.)

Koul hopes IMTECH can establish “excellent science” which acts as a platform for it to be the “drug discovery engine” for neglected diseases and also the first to bring new drug and diagnostic approvals, be it in biopharmaceuticals or the human microbiome. There is already an “intended engagement” with Nobel Laureate Prof. Roger Kornberg from Stanford University around dengue fever drug development.

Other partnerships have also been identified, especially in the field of the human microbiome where Koul hopes to treat childhood sepsis, which is a big challenge in India, with a “microbial cocktail." Sepsis in early infancy results in one million deaths annually worldwide, most of them in developing countries, and no efficient means of prevention is currently available.

IMTECH, Koul adds, is looking to collaborate with the University of Nebraska Medical Center in the US and local Indian medical schools to develop a synbiotic that can be used in an Indian clinical setting. “For multidrug-resistant pathogens, we have identified some efflux-pump inhibitors that can be used as adjunctive therapy in treatment of serious hospital-based infections.” Koul added.

Published literature in the area refers to a trial of an oral synbiotic preparation (lactobacillus plantarum plus fructooligosaccharide) in rural Indian newborns by a group of researchers including those of the University of Nebraska Medical Center, though Scrip could not immediately verify if the synbiotic is the one under consideration by IMTECH.

While a focus on delivery of solutions – especially in neglected diseases like TB and dengue, and in biotherapeutics – ranks high on Koul’s agenda at IMTECH, he hopes his shift to India will act as a catalyst in bringing about “some essential change.”

“The bigger challenge is the improvement in our governance structures within our publicly funded R&D institutions, ensuring that individual scientific accountability is linked to measurable deliverables and incentives. The key is how to incentivize R&D productivity, discourage mediocrity and introduce some corrective measures for under-performance,” Koul explained.

He rues how India, despite being considered the pharmacy of the world, supplying generic medicines globally, has very little to flaunt when it comes to discovery research. No wholly-India developed new chemical entity, which in itself are few, has yet reached close to blockbuster status internationally, though there are quite a few promising projects underway especially in the private sector.

While India’s chemistry and formulation expertise has been the backbone of its strong generics industry, Koul believes that India’s drug discovery has been limited due to “risk-averse attitudes” as well as “lack of good talent” in discovery biology and clinical development.

Only time will tell if Koul’s stint at IMTECH can help shift gears for R&D at the promising Indian R&D establishment. The spotlight will certainly be on the J&J scientist, who ventured to don a new role in a challenging setting. But then going back to the Hollywood analogy, talented theater artists are known for their versatility and ingenuity in using available resources to their fullest potential to make an impact.