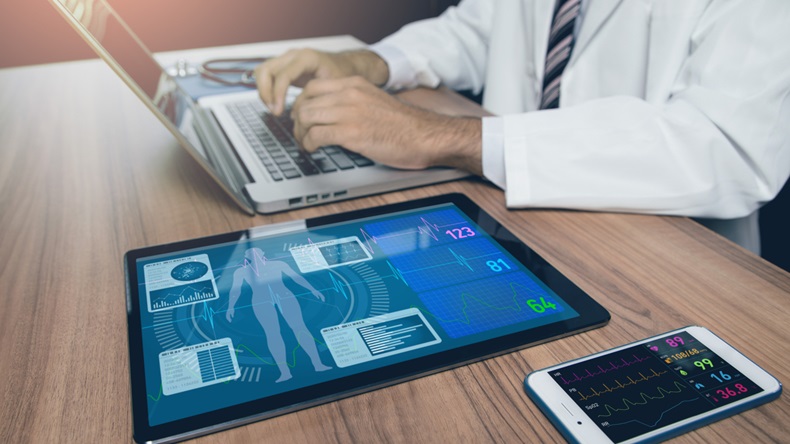 The UK’s health care data systems are “mess," with data held in “pockets” meaning that a complete picture of patient safety measures cannot be assembled.

That is the contention of Private Health Information Network (PHIN) chief executive Matt James, and it is the reason why the Cumberlege Review’s recommendations, published in July, must become ingrained in UK practice. (Also see "UK MHRA In The Spotlight As Cumberlege Review Puts Medtech Safety At The Top Of Health Agenda" - Medtech Insight, 9 Jul, 2020.)

Professional device registries, more scrutiny of interventions and cross fertilization with the Get It Right First Time (GIRFT) program must all be developed or pursued to bring UK health care data on patients and operations together in one place. Only then can it be acted on to enhance patient safety, James told a virtual Association of British HealthTech Industries (ABHI) webinar on access and patient safety.

The Cumberlege Review  ̶  whose full name is The Independent Medicines and Medical Devices Safety Review: First do No Harm  ̶  was the product of two years’ research, vice chairman of the review Cyril Chantler noted.

The official government response to the review is still awaited. It is believed that some or all of the review’s nine recommendations will be reflected in the Medicines and Medical Devices (MMD) bill, currently going through parliament. James believes that having such data in advance would prevent the recurrence of scandals like metal-on-metal hips.

The MMD bill is undergoing amendments tabled in the House of Lords to make unique device identifiers (UDI) mandatory, data collection on implants mandatory, and subject to public consent; and to mandate expert oversight of registries to ensure that the data is well used, said president of the Royal College of Surgeons of England Neil Mortensen.

The 267-page Cumberlege Review delivered a “damning” verdict, said James, on the current levels of patient safety in the three product areas, including pelvic mesh implants, that were the focus of Baroness Cumberlege and the review's lead researcher, Sonia Macleod.

Roughly 10% of women reported problems after mesh was inserted for stress incontinence over a five-year period, said Chantler, suspecting 15% to 20% to be closer to the real incidence, however.

Among the review’s device recommendations, Chantler said a central, patient-identifiable database should be created for all devices implanted during operations. This would apply to private providers and to the National Health Service.

The UK’s current Hospital Episode Statistics (HES) database contains mostly anonymized details of all NHS admissions, attendances and outpatient appointments at NHS hospitals in England, but, used as a management tool, it is not considered precise enough by the review’s authors. PHIN collects data from the private sector.

To date, a central, all-encompassing registry has been too difficult to bring onstream, while niche solutions for narrowly defined areas, for example, the National Joint Registry (NJR), and the National Institute for Cardiovascular Outcomes Research (NICOR), have seen success.

The National Institute for Health and Care Excellence (NICE) first recommended a registry of all operations in 2003. Nothing has yet been developed, because, to be of use, a registry must be “complete”; and for that reason, due to the personal information sought, it has to be mandated by the government, to ensure it is compliant with human rights legislation.

Database By The End Of 2020 Targeted

There should be the right for patients to opt out, said Chantler, suspecting that most people would not do that. “I hope that the database is up and running by the end of this year,” he said. Every operation where a device is implanted would be recorded, and that information would be linked to a registry on outcomes, he said.

The government and industry should create the registry jointly, which should be developed by patients and professional societies, he recommended. It could be linked to the Medicines and Healthcare products Regulatory Agency (MHRA) registry of devices.

The review highlighted that the MHRA needs “substantial revision,” particularly in relation to adverse event reporting (AER) and medical device regulation, Macleod added. The agency must in future ensure it engages more with patients and their outcomes, she said.

She advised a stronger premarket role for the MHRA, where it would look closely at evidence bases and approvals in other jurisdictions. Further, there should be a staged introduction of products to the market, with earlier, higher follow-up and enhanced reporting, particularly for higher-risk products.

Registers would pick up issues before they became major problems, and would provide a system for detecting them. Registers would help prevent issues like the metal-on-metal hips problems, and the breast implants scandal of a decade ago that partly prompted the tougher market access provisions contained in the EU Medical Device Regulation (2017/745).

The UK will not use the MDR as retained law on leaving the EU finally at the end December, and thus will not be part of the EU device database, Eudamed. But the UK needs to create its own version of the database, with EU compatibility, that has the ability to be more agile and public facing, said Macleod. A UDI database, as referred to by Mortensen, and a publicly searchable database of device adverse reactions, based roughly on the US Food and Drug Administration’s Manufacturer and User Facility Device Experience (MAUDE) database, are required in the UK, said Macleod.

Another of the Cumberlege Review’s recommendations called for the setting up of an independent “redress agency” for those harmed by medicines and devices. It would administer non-adversarial decisions in aiming to banish avoidable harms while avoiding blaming individuals, but instead seeking to identify systemic failings. It would be separate from NHS Resolution, the provider’s litigation agency.

“Outcomes measures based on patient information are the future,” said Chantler, both for patient safety and to improve medical devices, thereby also helping local companies and their commercial operations.