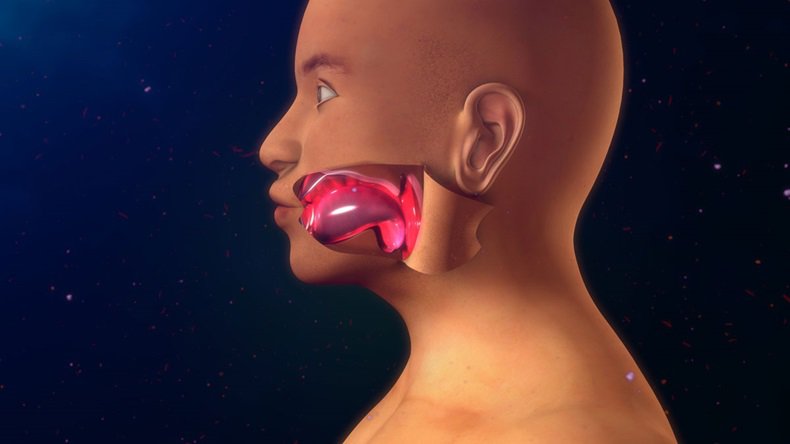 He was commenting after the world's biggest rare disease specialist announced that its Phase III HELP trial, evaluating lanadelumab (or SHP643), a long-acting therapy for hereditary angioedema, met all primary and secondary endpoints for all three lanadelumab treatment arms compared to placebo.

"These top-data represent an historic day for Shire." – CEO Ornskov
The 300-milligram dose administered by injection once every two weeks resulted in a statistically significant reduction in mean HAE attack frequency of 87% compared to placebo (p <0.001). Results were consistent regardless of baseline attack rate. Notably for each of the three lanadelumab regimens studied, whether administered every two-weeks or once a month, a significantly higher proportion of patients - compared to placebo - were attack free throughout the entire 26-week study period, Shire said.

Hereditary angioedema is characterized by recurrent episodes of severe swelling (angioedema). The most common areas of the body to develop swelling are the limbs, face, intestinal tract, and airway. Minor trauma or stress may trigger an attack, but swelling often occurs without a known trigger. Lanadelumab, formerly also called DX-2930, is a human monoclonal antibody that targets plasma kallikrein (pKal).

Ornskov, a Dane and physician by training, noted that 96% of the Phase III HELP trial's HAE patients opted into extension studies, and added: "that only underscores the strength of these results."

"These top-data represent an historic day for Shire," Ornskov said. "Some people were skeptical when we announced the Dyax acquisition. We didn't have much data at that point about lanadelumab [then called DX-2930]. There were widespread assumptions, as we were trying to move to Phase III from the positive Phase Ib data, that we weren't going to be able to repeat the high efficacy rate of the Phase Ib trial, so there were a lot of skeptics, and at that time there were also a lot of people that probably also believed more in oral compounds than in subcutaneous compounds [lanadelumab is administered by injection], so there were many question marks around the deal."

"When we acquired Dyax we said [lanadelumab] had blockbuster potential if approved and if they could repeat the Phase Ib study and we have at least one of those things now." – Shire CEO Ornskov
Ornskov said doubts over the Dyax deal had in some cases clouded attitudes to Shire's overall M&A strategy, including its merger with Baxalta Inc.


"Ever since that Dyax deal was done, people have regularly been asking me whether this was good use of capital and whether instead it was really too risky. I think the Phase III [lanadelumab] data released now shows that we replicated the Phase I data and that should put some of those questions to rest. It had also put a cloud over our M&A strategy, and I hope some of those questions have now also gone away. That's why I refer to it as an historic day for Shire," Ornskov told Scrip.

Analysts at Berenberg agree, saying in a reaction piece: "these strong data should boost sentiment regarding the quality of Shire’s acquisition targets and general M&A strategy, which was dented following the Baxalta acquisition. With this event out of the way, we expect shares to re-rate as Shire continues to demonstrate its ability to deliver on its long-term targets."

Ornskov said that having a portfolio of four HAE products now should allow Shire to better position itself within managed care and within the reimbursement environment globally. That should allow Shire to offer different price levels and modes of action, which could that could cater to different segments of the market, irrespective of how its competitors are going to react. (Also see "CSL Behring Nears Market With Easier-To-Administer HAE Prophylactic" - Scrip, 23 Mar, 2017.)

"This will be the fourth product that we have in the HAE category. So, we have multiple products, multiple modes of administration and different mechanisms of action tailoring to the diverse population around the world, so I think we're in very good shape there, but from a science perspective and innovation perspective lanadelumab is the most innovative of all the ones that we have," Ornskov said.

Asked whether lanadelumab is destined to become a $1bn-plus sales blockbuster, he replied: "Yeah," adding: "When we acquired Dyax we said this had blockbuster potential if approved and if they could repeat the Phase Ib study and we have at least one of those things now, that being we repeated more or less that Phase Ib trial outcome. We will now take it to the regulatory agencies and then hopefully win approval. We will submit it to the FDA in the fourth quarter of this year or the first quarter of next year in the US, and then sometime next year outside the US," he said. Lanadelumab has been given both orphan drug designation and breakthrough therapy designation from the FDA, and orphan drug status from the European Medicines Agency (EMA).

Ornskov believes the market for HAE market has considerable expansion possibilities and that Shire can offer treatments to its various segments.

"Many people suffering from HAE are undiagnosed, or only treated for their attacks, but should be on prophylaxis [preventative treatment] or are maybe not on the appropriate product. I think some of the products currently available will be seen as, probably, outdated, like androgens, and others. So, there's a lot of opportunity to expand the market," he told Scrip.

Analysts Bullish On Lanadelumab Too

Analysts agree, saying lanadelumab has huge market potential, and that its apparently benign safety profile will add to its attraction.

The Berenberg analysts said that "given its superior efficacy and dosing profile, we expect SHP643 [lanadelumab] to achieve up to a 60% share of the growing prophylactic therapy market, and peak sales of $1.8bn by 2025."