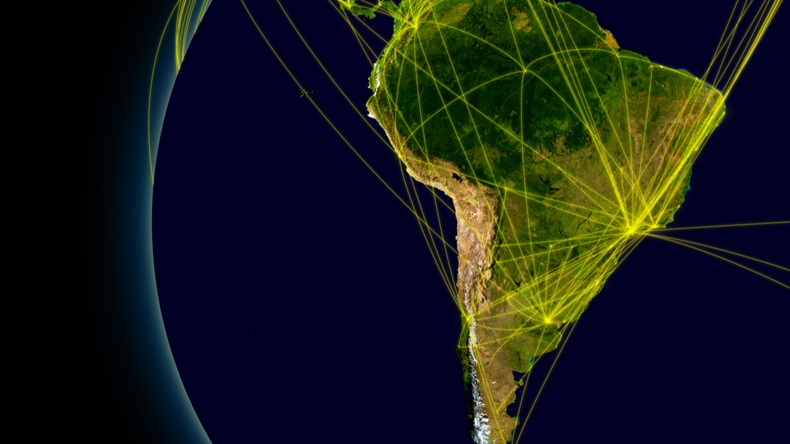 A lack of regulatory harmonization across Latin America has proved a headache for drug companies, leading to longer approval time lines and a bigger strain on resources, but progress towards greater regional and international convergence is continuing. The consulting firm Pharmalex highlighted in an interview with thePink Sheet some of the more important steps that regulators in the region are taking, such as exchanging information on regulatory decisions between themselves and adopting international guidelines.

Regulators in the region recognize that greater harmonization could improve access to medicines. Latin America lags behind other regions in terms of access to innovative treatments, including advanced therapies and combination treatments, as well as biosimilars. Imports of these products must be individually negotiated in each Latin American country, while guidelines and regulations are individually adapted from the International Council for Harmonisation or other sources, says Diego Zavala, regional senior manager LATAM at PharmaLex. “Latin America needs a general harmonization concept on how to approach such new treatments from regulatory perspective,”  Zavala says.

Nevertheless, the challenges of introducing greater harmonization are highly complex, he adds. The difficulties are illustrated by the region’s approach to biosimilars. In 2010, the Pan American Health Organization recommended that regional health authorities should adopt World Health Organization guidelines on biologics and biosimilars. However, a 2013 WHO survey revealed that more than half of the regulators had not adopted the guidelines at all, while only 39% had incorporated them partially. According to PharmaLex, part of the problem is a lack of resources and expertise.

So far, Latin America has fallen behind other regions in terms of harmonization, for example, in Africa where health ministers have agreed to create a pan-African agency that would pool limited resources and coordinate regional regulatory harmonization initiatives.
(Also see "African Countries Adopt Treaty To Set Up New Medicines Agency" - Pink Sheet, 22 May, 2018.)No such agency is on the horizon in Latin America.

However, efforts to converge regulations and guidelines are underway. For example, there is no centralized or harmonized drug registration procedure, but there have been moves across Latin America to adopt or adapt ICH guidelines to reach a more harmonized set of requirements for developing and registering new medicines. In addition, regional involvement in the ICH is also growing. Brazil became a full member in 2016, while Cuba, Mexico and Colombia currently have observer status.

In addition, according to PharmaLex regulatory affairs manager Fatima Monteiro, drug registration procedures could eventually be dramatically simplified in some countries. Debate in Brazil, Mexico and Colombia has been gathering pace about whether regulators should, for some products, rely entirely on approval decisions taken by major agencies like the US Food and Drug Administration and the European Medicines Agency. PharmaLex believes that in the longer term authorities could eventually agree to rely on evaluations of other major regulators entirely as the push towards harmonization intensifies.

In addition, regulators are increasingly entering cooperation agreements across and beyond the region. For example, Argentina, Brazil, Colombia and Cuba have agreed to exchange information on market recalls and international inspections. And in 2016, Brazil’s ANVISA and the United States Pharmacopeia signed an agreement to cooperate on harmonizing pharmacopeias in a bid to improve public health. “Cooperation among regulators is essential to avoid duplication of work, release scarce resources for more critical areas and speed up patient access to new and/or affordable products,” says Monteiro.

The region’s health authorities are also looking for better ways to communicate among themselves and exchange confidential information on regulatory decisions. The idea is that this will help them better perform their functions, says Zavala. One valuable tool for such exchanges has proved to be the Regional Platform on Access and Innovation for Health Technologies (PRAIS), developed by the PAHO.

PharmaLex highlights another important milestone in the road toward harmonization – the PAHO’s Strategic Development Plan for 2014-2020. Among other harmonization efforts, this aims to create a website that contains an electronic list of all the region’s major health authorities with links to their websites and all the guidelines and regulations that they set out.

As yet, no such single source exists, and according to Pharmalex, this would mark an important development that could save companies a lot of time and resources. Creating the lists will be a big project that will run until 2020, says Zavala.

Meanwhile, work on mutual recognition of GMP inspection certificates is ongoing across the region. Most regulators in the region, including in Mexico, Peru, Colombia and Argentina, now accept certificates issued by other major regulators such as the EMA and US FDA. The main exception is Brazil, which carries out its own inspections. According to PharmaLex, not only is mutual recognition good news for companies, which face fewer inspections of their facilities in individual markets, but it also reduces the burden on resource strapped regulators.