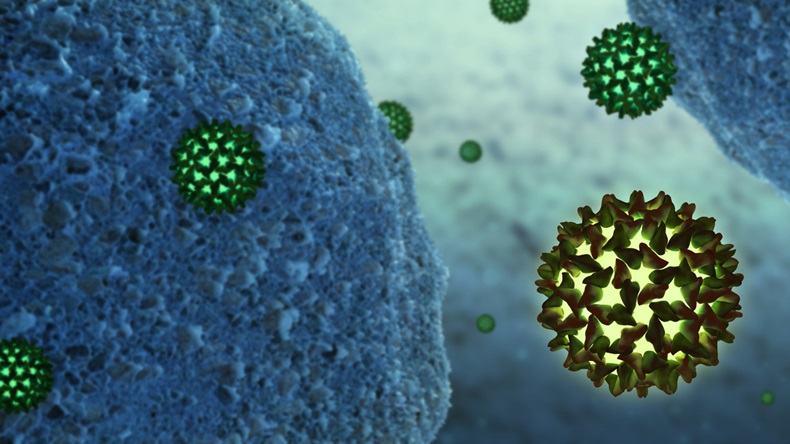 When you want to develop drugs to modulate cell functions, you could do worse than to seek out and learn from the masters. This is the approach taken by French firm ENYO Pharma SAS, which has just raised €40m in a series B financing led by OrbiMed to take its two lead programs into Phase II trials

The masters in this case are viruses. ENYO Pharma was founded around a platform developed by academic virologists at the French national institute of health and medical research Inserm in Lyon. Investigating how viruses enter human cells, then hijack the intracellular machinery of the host to replicate within the cell before blasting the cell and invading the host, they developed a database of interactions between viral proteins and human proteins, which they believed could form the basis for developing drug candidates to protect humans from those viruses.
Current CEO Jacky Vonderscher pointed out that, through “millions of years of co-evolution with the host,” viruses “know exactly how to hijack all the functions of a host cell necessary for their replication, and to do that under the radar screen while maintaining the cell in good shape until they have replicated sufficiently, something which is relevant when you think about safety [of potential drug candidates].” The academic founders’ first idea had been to harness this knowledge to develop indirect antivirals targeting the host and preventing the interaction with the host. 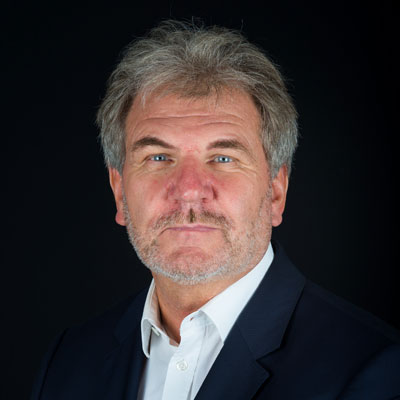 A former senior VP and head of translation research sciences at Roche and before that a scientist atNovartis AG instrumental in the development of Sandimmun Neoral(ciclosporin) and the discovery of Myfortic (mycophenolic acid) and Afinitor (everolimus), Vonderscher was brought in to evaluate the platform in late 2013. He “immediately understood how very productive the idea could be” but also knew that “virology is not a very interesting market for venture funds mid- to long term unless you find a solution for HBV and RSV.” The main markets in virology – HCV and HIV – have effectively been sewn up by the big players already in those spaces, he noted.

Instead, “what I found interesting,” he explained to Scrip, “was that if we understand how viruses are modulating these host functions, then we open possibilities for many, many other diseases outside of virology.”

According to Vonderscher, ENYO is “pretty alone in mimicking the viral approach. There’s nobody using exactly the same platform approach, so we’re very original… It’s curious because it’s pretty simple as a concept, but apparently nobody followed that path yet.”

ENYO Pharma is now working on two clinical development programs for one compound, EYP001. The first is based on a discovery by the original group whose work formed the basis for the firm’s establishment via Inserm Transfert Initiative. This was that HBX, a protein produced by the hepatitis B virus in the hepatocyte, interacts very strongly with the bile acid farnesoid X receptor (FXR). ENYO Pharma took a license from Inserm and obtained an exclusive global license to a family of FXR agonists fromMerck Serono SA spin-out Poxel SA, and is now moving its FXR agonist EYP001 into Phase II for HBV.

Having already done a Phase I study under the HBV program, ENYO Pharma is now planning its second Phase II program for EYP001 in NASH. EYP001 is an orally bioavailable small molecule. ENYO notes that, in HBV, it targets the cccDNA virus reservoir, rather than viral replication, and has the potential to offer a real cure for the disease compared to currently lifelong treatments. Meanwhile, in NASH, the company claims that it appears to differ from other FXR agonists by having a “better C4/FGF19 balance with a more prolonged C4 decrease and a lower peak of FGF19.” According to the CEO, “We think the FGF19 hormone is a 'bad guy' based on results from NGM Bio's trial of its FGF19 recombinant drug candidate, which showed increased LDL, while C4 represents the real effect on the liver.” Both Phase II trials will begin before the end of 2018 with results expected by the end of 2019.

ENYO Pharma also plans to bring at least one more compound into Phase I in the second half of 2019. Its second program, EYP002, is expected to enter IND-enabling studies in the second half of 2018 with a first-in-class chemical that may have potential in metabolic diseases, oncology and rare genetic diseases. EYP002 is based on ENYO’s research into interactions between influenza virus proteins and human proteins, which showed that some flu proteins interact strongly with a family of proteins known as NEET, or CISD, which regulate mitochondrial metabolism and stress responses. The research could yield several compounds targeting different CISD members, which could act as stabilizers or destabilizers depending on the indication. While the company may retain certain development in-house, it will probably seek partners for “difficult paths like oncology.”

Back in November 2016, ENYO Pharma began an EU-funded project, MIMESIS, to scale up its drug discovery platform to increase the number of drug discovery targets and preclinical assets, to expand its disease scope in both infectious and non-infectious diseases, and to prepare the platform for licensing deals with the pharmaceutical industry.

The EU provided €2.5m of the €3.6m, two-year project financing under its Horizon 2020 program. This project is approaching a successful conclusion, Vonderscher revealed. “The idea here was from one target family to go to 100 targets, to design a library of small molecules based on our approach, and then to look at six phenotypic screens, both in virology [flu, human rhinovirus (common cold), respiratory syncytial virus (RSV) and Zika virus] and also in tuberculosis and for inducers of immunogenic cell death in cancer,” he said. “And we are getting results as we speak almost every week, so it’s going further than our expectations. We’re not going to be able to follow everything ourselves so we’re probably going to look also for partnerships here.”

The firm will seek partners for its lead programs once it has Phase II data, but is also interested earlier stage deals based on non-priority assets with proof of concept from preclinical pharmacological studies. “We are very agnostic in terms of [deal] models,” said the CEO. “We just want to add value to the company and rather than sitting on something that doesn’t progress, we’d look for opportunities at least to get them to the next stage. Even if we don’t get big revenues immediately, it is also good for our image because it proves that our platform is really delivering.”