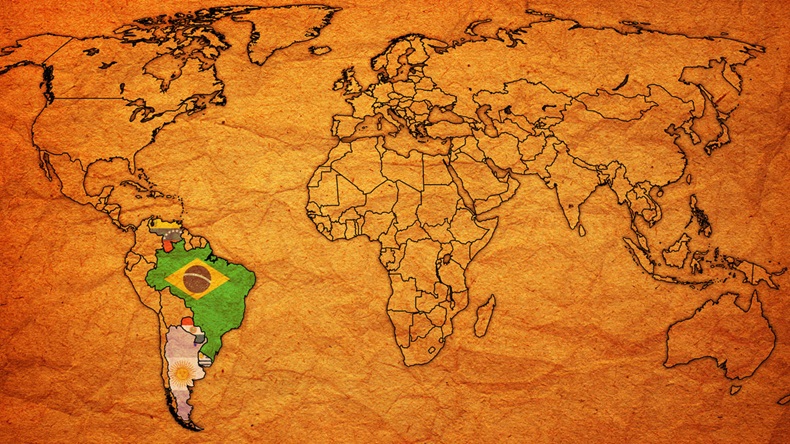 Latin American countries from the Mercosur trade bloc are successfully joining forces to negotiate lower drug prices and other countries are paying close attention. In an interview with the Pink Sheet, James Fitzgerald, director of the department of health systems and services at the Pan American Health Organization, explained why such a strategy is beneficial for middle income countries which struggle with more traditional pricing policies.

The more recent Mercosur negotiations, which are supported by PAHO, mark a development in the policy of multi-country pricing, Fitzgerald said. The first discount was secured in 2015 for the HIV drug darunavir in 2015 after the countries involved agreed to create a negotiating mechanism to procure high-cost medicines. Indian firm Hetero supplied the drug.  (Also see "Latin America Ploughs Ahead With Joint Pricing Strategy" - Scrip, 11 Dec, 2015.)

Then, in 2017, the negotiating countries set their sights on lower prices for new hepatitis C antivirals and secured  collective savings of around $21.5m for sofosbuvir, daclatasvir  and combinations. And last month, the bloc announced big discounts for the oncology drug trastuzumab, originally marketed by Roche as the blockbuster Herceptin and deemed a priority drug for improving breast cancer outcomes. (Also see "Joint Price Negotiations Move Ahead In Latin America" - Pink Sheet, 27 Jun, 2019.) Reductions ranged between 50% and 80%, which will translate into savings of around $64m. “This will really allow countries to scale up on access and capacity,” said Fitzgerald.

The countries have a list of other drugs for which they want to negotiate lower prices but they have not yet decided which drugs to pursue next. Fitzgerald declined to say which products were under consideration.

According to Fitzgerald, Mercosur members secure a price with a manufacturer, then through its Strategic Fund, PAHO confirms that price and tries to win a bigger reduction based on projected consolidated demand. The Strategic Fund was set up in 2000 for pooled procurement for essential medicines. The fund plans demand for products and issues tenders.

“We essentially use the negotiated price as a maximum reference,” said Fitzgerald. The impact of the reductions goes well beyond the Mercosur bloc as whatever price is secured is available to all 33 countries that have signed up to use the mechanism.

Fitzgerald believes the mechanism is both innovative and effective. “Countries are working together, irrespective of income levels, around the issue of price negotiation with a view to improving access. They are establishing reference prices that international procurement can use to actually ensure supplies of that product at that price, or better, into the country,” he said.

The negotiations can involve both originator companies and generic competitors.

The mechanism’s success can be seen in Colombia and Uruguay, which have scaled up their hepatitis C programs, while Bolivia and Guatemala are using the prices secured to launch their own programs, said Fitzgerald.

The success of the Mercosur mechanism is such that other countries are expressing an interest. PAHO has received requests for support from countries in the Asia Pacific region in the Southern African Cone that want to know more about the processes involved, said Fitzgerald.

The PAHO director was uncertain as to whether any concrete project would emerge from those countries in the near future. “I think this is a work in progress. Countries are beginning to feel their way around and consider if this constitutes a solution to the issue of ensuring better prices and better access,” Fitzgerald said.

Establishing a similar mechanism will “essentially be a political process” that will require countries to come together. As such, success will be more likely where existing integration mechanisms like Mercosur exist. “That is probably one of the factors that contributes to the success of the initiative. There needs to be that level of cohesion, political cohesion in the process to ensure success,” said Fitzgerald.

He believes that joint pricing mechanisms will be particularly helpful for middle income countries, where there are “enormous inequities” between the better off and vulnerable populations which struggle to get the medicines they need. “The pricing policies that are established within a landscape of intellectual property and the commercial agreements make it really difficult for middle income countries to access these products at what is considered an affordable price.”

Collective action will also “bring greater advocacy” to the issues affecting these countries, beyond the pool of negotiating markets, Fitzgerald added.

In addition, many of these countries are smaller in size and lack the size to negotiate effectively on an individual basis with companies. The joint negotiating mechanism remedies this and boosts their bargaining power.

To date, companies have apparently engaged well with joint negotiations and have been receptive to talking about the wider issues. “I think the companies can be very proud of their active participation in the process,” he said.

Argentina, Brazil, Paraguay and Uruguay are full Mercosur members, and Chile, Peru, Guyana, Ecuador and Suriname are associate countries. Bolivia is in the processes of applying to become a full member.