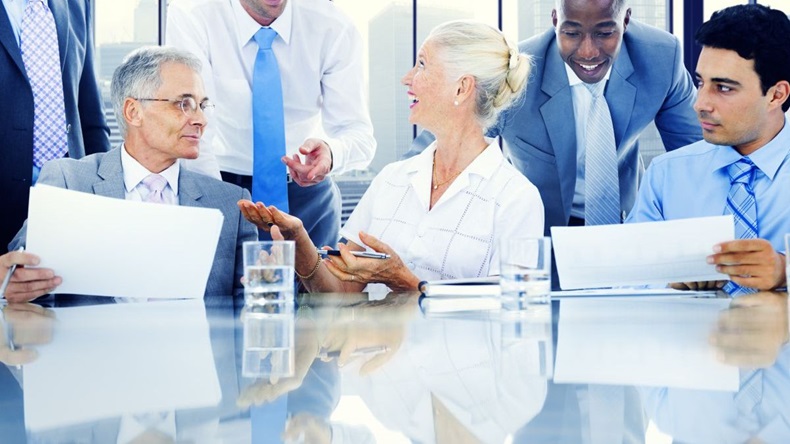 When asked to sit back and reflect on the state of the biopharmaceutical industry, Ovid Therapeutics Inc. CEO Jeremy Levin didn't hold back. During an interview at the Biotechnology Innovation Organization 2018 International Convention, the industry veteran criticized how biopharma deployed the savings realized under US tax reform, critiqued its M&A priorities and discussed how biopharma needs to work with other stakeholders to provide clarity on the value and pricing of new products.

Speaking withScripat BIO’s 2018 International Convention in Boston on June 5, Levin charged that large pharma companies had used their windfalls from the US tax reform enacted in late 2017 to fund share buybacks and executive compensation, instead of M&A activity that would have replenished their pipelines as well as the industry’s larger R&D ecosystem. ( (Also see "BIO Notebook Day 2: Levin Scolds Industry For Squandering Proceeds From US Tax Reform" - Scrip, 5 Jun, 2018.))

“I fear that [rather than] what was a very good move to strengthen the capital base that would allow for M&A to take place, you have instead a simple way of rewarding short-term compensation for the management teams who are doing this, short-term [consideration] for the shareholders and not long-term [benefit] for the industry,” he said.

Levin pointed to the pending merger ofTakeda Pharmaceutical Co. Ltd. andShire PLC as exemplifying the kind of transformative M&A that is seen rarely in biopharma. ( (Also see "Takeda Grabs Shire At Last After Long Pursuit" - Scrip, 8 May, 2018.)) Reports surfaced recently that an anti-internationalist segment of Takeda’s shareholder base is opposing the merger because it would undermine the pharma’s more than two-century Japanese heritage; Levin called the planned transaction “an extraordinary strategic step” and said he hoped the deal would close. (Also see "Takeda Secures TiGenix But Investor Shire Concerns Bubble Up " - Scrip, 8 Jun, 2018.)

“On the face of it, a Japanese company with good but relatively small capabilities acquires a larger European/American company with different capabilities,” said Levin. “And that’s the point – different. Immediately gaining access to areas it didn’t have, understanding orphan disorders and at the same time expanding its footprint outside of what was essentially Japanese governance into a European governance.”

Takeda/Shire Stands Out For Its Strategic Rationale

Levin, who served as CEO atTeva Pharmaceutical Industries Ltd. for about 18 months in 2012-2013, said the only comparable situation he can think of is the string of deals involvingWatson Laboratories Inc.,Warner Chilcott PLC,Forest Laboratories Inc. andActavis Group  that yielded today’sAllergan PLC, a company now focused more on R&D and new products than its prior emphasis on generics. ( (Also see "Actavis’ Brent Saunders And Paul Bisaro Talk Innovation Vs. Discovery" - Pink Sheet, 30 Jun, 2014.)) “That perhaps is the most insightful, remarkable industrial transformation through acquisition that we’ve seen,” he asserted.

A key part of that process was the divestiture of Actavis’ generics business to Teva for $40.5bn in July 2015, after the Israeli pharma gave up on a hostile bid to acquire peer companyMylan NV. [See Deal] The transaction took place about two years after Levin stepped down as Teva’s CEO, and at this year’s BIO, he said that, unlike Takeda/Shire, the Teva/Actavis deal provided “no good strategic rationale.”

Levin added: If you don’t buy into the strategic rationale, walk away. I’ll give you an example of where that never occurred, one which I am very familiar with. There was no good strategic rationale for spending $40bn to buyActavis Generics. The marketplace for generics was deteriorating, Teva hadn’t fixed itself and they had just emerged from a fight with Mylan. Now, if you asked yourself the question ‘what were the things they needed to fix?’ – [which was] their pipeline, their cost structure, how could an acquisition like that fix those? It couldn’t."

To overcome whatever opposition exists to the Takeda/Shire merger, Levin said Takeda will need to offer a clear strategic rationale for the transaction, adding that CEO Christophe Weber is off to a solid start on that effort.

“If you ask the question, can one articulate the strategic reason, well, I think [Weber’s team] has. I think they were solid, I think they were convincing at least from a strategic perspective,” he said. “Now, it’s all about execution. It’s very difficult to execute [a large merger]. So it’s not a question of [who will] prevail one way or another. There’s a dialogue between the shareholders and the company and it’s about whether the shareholders have trust in the vision of the company.”

More generally, relatively small acquisitions will drive the R&D revitalization he thinks the industry needs, Levin added. “Small acquisitions are where you can make a huge difference,” he said. “It’s those types of acquisition where you have inspired R&D leaders who understand their base, understand what they need to do to build that base and are willing to take the risk.”

Levin predicts such deals will occur consistently over the next three-to-five years in areas such as immuno-oncology, gene therapy and neurology. “The idea that a pharmaceutical company would buy a genetic therapy company was anathema for years, and yet they are now looking at it as a serious opportunity,” he said.

Drug Pricing Is Responsibility Of The Entire Value Chain

As the biotechnology sector brings novel modalities like gene therapy to the market, pricing becomes more of an issue – but Levin said it is the responsibility of the entire pharmaceutical value chain, not just the drug makers, to ensure reasonable pricing as well as fair access to these new medicines.

Levin noted that more than a decade ago, formerMerck & Co. Inc. CEO Roy Vagelos predicted that the benefits of new life-saving and/or curative therapies would change the debate on pricing. (Also see "Rx Industry Pricing Model Must Change, Former Merck CEO Vagelos Says" - Pink Sheet, 21 Jun, 2004.) Vagelos had the right idea, Levin said, but what he predicted didn’t happen, partly because of how much more complex the prescription drug value chain has become in just a decade, with the emergence of pharmacy benefit managers and with insurers increasingly emphasizing profit.

“In order to address the topic of pricing, you really need, given these new therapies, to start with a very different premise – to ask the question to what extent are the payers the partner in the patient journey,” he said. Levin indicated that the answer to that question clearly should be affirmative.

“It is the industry’s obligation to ensure that every patient who has a disorder is treated. No patient is left behind,” he said. “When I say the industry, I do mean the insurers, the PBMs, the distributors and the producers. I didn’t say the biotech or the pharma industry; I said the industry because that’s the value chain. And if you disassemble that and say ‘it’s the pharma guys who charge this’ you are fundamentally missing the point today.”

Levin also praised the leadership of US FDA Commissioner Scott Gottlieb, crediting his efforts to push for more rapid approvals of generic drugs and urging a similar emphasis for biosimilars. At the same time, Levin said FDA will need greater resources to do its job properly. “The other side to that is the FDA will have to be given the resources to police the numbers of large and small producers of generics so that the quality is exceptional and meets the same quality standards as the originators,” he said.