Successfully piecing together the agreed life sciences sector deal calls for the UK to embrace high-risk innovation and placing the NHS at its center, says Sir John Bell who helped formulate the pact. 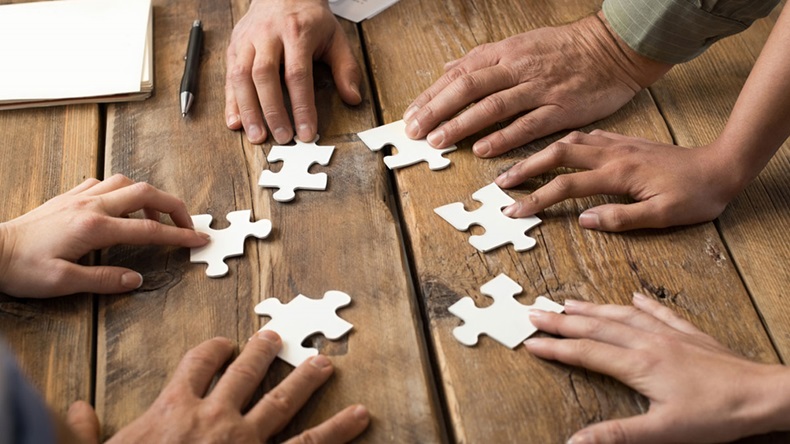 Britain's life sciences industry has missed the innovation boat twice in recent years due to risk aversion and a plodding mindset, but the government's just-unveiled industrial strategy to boost the sector offers a once-in-a-lifetime opportunity to undo the damage.

That was the message from Sir John Bell, Regius Professor of Medicine at University of Oxford, who played a key role in formulating the Life Sciences Sector Deal, unveiled on Dec. 6 and which the UK government says will be ‘transformative’.

The pact will involve long-term partnership with the government, backed by private sector co-investment. It brings together commitments and investments into the UK by 25 global organizations from across the life sciences sector, including a major injection by Merck & Co. Inc.'s European entity Merck Sharp & Dohme Ltd. (MSD) and by GlaxoSmithKline PLC, unveiled as votes of confidence in the new strategy.

Giving evidence beforehand to the UK's House of Lords Science and Technology Committee on Dec. 5, Bell predicted that "we will see more of those investments in the not-too-distant future, and they'll be very significant ones in discovery science in the UK. They'll be parked close to academic science; they'll work together and hopefully create value. They'll hopefully put the patents in the patent box; and hopefully they'll manufacture things here."

He was speaking after MSD said it would build a state-of-the-art life sciences R&D facility in London, creating around 950 jobs.

And GSK said on Dec. 5 said it was investing £40m fresh funds into its previously announced effort to generate genetic sequencing data from the UK Biobank, the world’s most comprehensive health resource. GSK’s new commitment will support the sequencing of data from all 500,000 volunteer participants, beyond the first 50,000 subset announced by the company earlier in 2017.

Bell said the two moves were in response to the life sciences sector deal and that they underscored that the UK needs to become more innovative, joined-up, and much more willing to take risks in developing medicines and healthcare technology.

Concerns over Brexit and its long-term impact on the economy make that even more imperative, he said.

"What we're trying to do is create a sustainable innovation cycle that starts with our great universities – discovery programs like the one that Merck is bringing to the UK, work their way through clinical development, work their way through manufacturing – but to complete the circle, the best innovations have got to be adopted. And that's where there's a break in the cycle. The NHS needs to think how it will adopt the innovations much more effectively," he told the House of Lords committee.

"The UK had no play in immune-oncology … [and] every country in the Western World was involved in the CRISPR-cas9 innovation except one, the UK." – Sir John Bell

"If you're talking about a sustainable system, but if you don't have that whole circle working, then industry will question it, and probably back away."

"We completely missed immuno-oncology. Probably the biggest breakthrough in oncology in 50 years was the use of the immune system. The UK had no play in immuno-oncology."

He said another transformative innovation that Britain missed out on was gene-editing.

"Every country in the western world was involved in the CRISPR-cas9 innovation except one, the UK," he said. (Also see "Global CRISPR Revolution Gathers Pace, Raising Hopes – And Concerns" - Scrip, 24 Nov, 2017.)

He said that although the UK has an excellent science base, "we don't do high-risk science. And one of the ways the Americans have 'won' is that they do high-risk science." He used the US Defense Advanced Research Projects Agency, also known as DARPA, to illustrate the point.

"The way we've gone about the distribution of life sciences funding of research in both the charities and the government agencies in the UK has been a bit too slanted towards keeping things 'fair' while assembling all the possible experts at once. Well the experts bring with them a very substantial problem and that is the perceived wisdom of what is right and what is wrong.

"The DARPA model is very interesting because they avoid experts like the plague. And they work very hard to try to create novel approaches to really novel problems. I don't think we do that very well," said Bell, who is a Canadian-British immunologist and geneticist.

"DARPA has an in-built procurement model which went straight back into defense which meant that when they discovered satellites they were immediately deployed for defense purposes, the same for GPS. But don't forget, we have a massive industry that could procure innovation of a new kind – it's called the NHS," Bell said.

He noted that Prime Minister Theresa May on Nov. 20 said she wanted to see an increase in the level of investment in R&D, from 1.7% to 2.4% of GDP by 2027. This could mean around £80bn of additional investment in advanced technology in the next decade. Bell in his evidence to the House of Lords Science and Technology Committee on Dec. 5 said, "I'm really confident we'll get to 2.4% of GDP on R&D. But it will rely on the Treasury helping us."

He said a joined up, well-funded and innovation-hungry British life sciences sector could lead the way in future, if all went well.

"One of the ideas that has come out of the braining storming for this is what healthcare will look like 20 years from now. Pharma companies would love to explore for example the issue of what early diagnosis means in terms of running a healthcare system," he said.

For that to be effective though, current spending programs need to be re-evaluated and changes made.

"The UK Treasury has been very active in the discussion about provision of pension capital, how can you get pension fund support for some of these sectors.

"If you look at the gap between where we are now and where we need to be in R&D spend, you will fill that gap quickly if you release even a small fraction of pension funds, even just as few percent, to be invested in high-tech companies, where every penny that goes in, goes into R&D. That's what the Americans have done. It's something we have never done," he said.