Like Plan B, Approval For OTC Daily Oral Contraceptives In US Could Be An 'Adventure’ 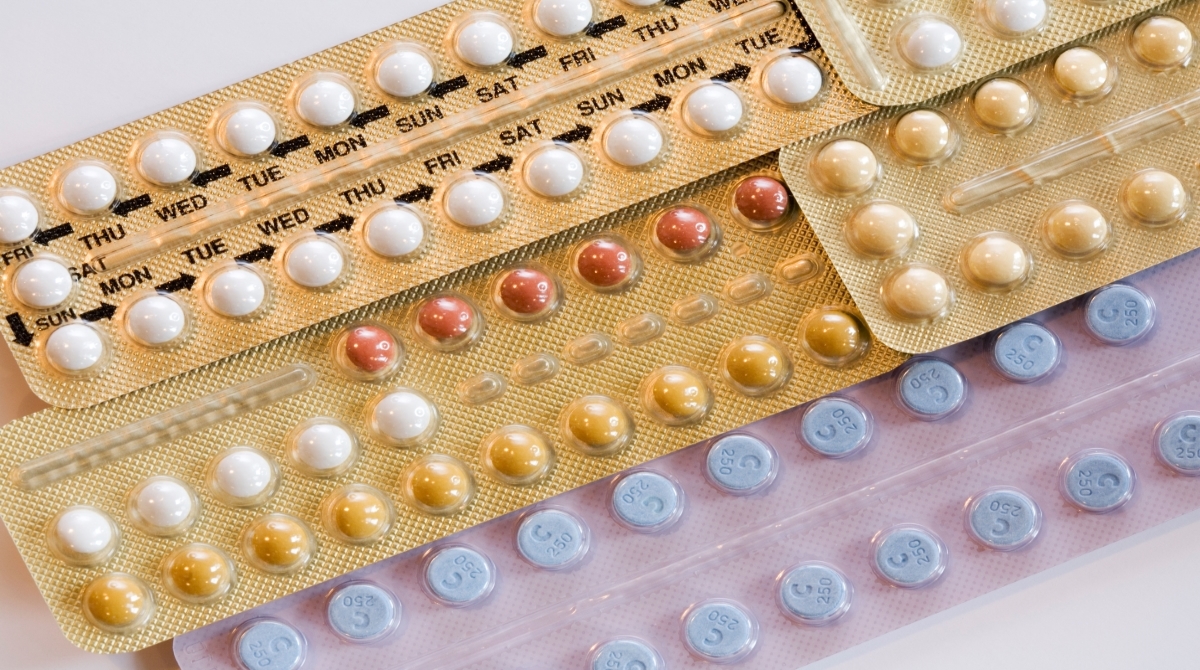 The prolonged, contentious process that led to allowing OTC sales of emergency contraceptives in the US was “the adventure of a lifetime” for women’s reproductive rights advocate Kirsten Moore.

Asking the Food and Drug Administration for approval of an OTC daily oral contraceptive could be just as eventful, suggests Moore, executive director of the Expanding Medication Abortion Access Project nonprofit and previously CEO of the Reproductive Health Technologies Project, a key group behind making emergency contraceptives available OTC without age restrictions.

“FDA is a very, very, very big bureaucracy, and it's mostly made up of cautious bureaucrats,” Moore said on 18 November during an online discussion about access to contraceptives hosted by the OTC Oral Contraceptive Working Group.

“It's never quite clear what the tradeoffs are that they're making in their bureaucratic minds about all this.”

Moore and other reproductive rights advocates spoke with the Working Group’s Free The Pill project director, Victoria Nichols, about how moving emergency contraceptives over the FDA’s OTC approval line could help make daily oral contraceptives available OTC in the US.

“With all the folks who are involved, from the very, very beginning, to get [an emergency contraceptive] over the counter, it was a huge journey,” said Kelly Cleland, executive director of the American Society for Emergency Contraception.

‘Fight’ For Plan B Brand

Even approval of the brand name of the first OTC emergency contraceptive came in an adventure.

Sharon Camp, as the founder of the company initially behind an application for an OTC levonorgestrel, Women's Capital Corp., was “the engine” driving expanding access to emergency contraceptives, Moore said.

“She had to fight FDA to actually get the name Plan B approved,” Moore said.

Barr Laboratories Ltd. owned Plan B when the OTC application was submitted after acquiring Women’s Capital in 2003. (Barr Plans Move To OTC Market With Plan B Emergency Contraceptive)

“Access is so much better now that you see those products on counters … Things are much better than when, when Plan B was prescription-only. However, there are still a lot of challenges” (see related story below).

French firm HRA Pharma SA and California startup Cadence Health Inc. have been working on applications for an OTC progestin-only oral contraceptive switch. HRA, which is being acquired by Perrigo Company PLC, is working on clinical trials with Ibis Reproductive Health, coordinator of the OTC OC Working Group, to support a new drug application to FDA for a contraceptive switch. (Perrigo Continues Overhaul Adding HRA Pharma Boosts Chances For OTC Oral Contraceptive In US)

HRA and UK firm Maxwellia Ltd. earlier in 2021 received approvals in the UK for an OTC switch of progestin-only daily oral contraceptives. Their identical 75-mcg desogestrel film-coated tablets are permitted for pharmacy nonprescription sales to women of childbearing age, including adolescents. (HRA Pharma And Maxwellia To Launch The UKs First OTC Daily Contraceptives)

No daily oral contraceptive is approved for OTC sales in the US, due more to political influences than the absence of evidence showing a product can be safety used without the intervention of a medical professional.

Political influences nearly prevented the FDA’s initial approval in 2006 of nonprescription sales of emergency contraceptive Plan B (levonorgestrel 0.75mg/2 dose); clearance came only after the application sponsor volunteered to restrict access to consumers 18 and up and to require behind-the- counter sales at pharmacies. (Plan B Pioneers OTC Pharmacy Counter Approval DualStatus Marketing)

Lesson Learned From Plan B Approval?

Commenting on the outlook for an OTC oral contraceptive in the US, Moore recalled her experience lobbying for Plan B’s initial approval, and after that for allowing actual OTC sales.

Plan B and generic equivalents became available OTC after prolonged litigation led to a federal judge in 2013 ordering the FDA not to allow political interference with its science-based decisions and to make all levonorgestrel emergency contraceptives available OTC without age restrictions. Currently, single-pill Plan B One Step (1.5-mg levonorgestrel) and multiple OTC generic copies are available.

“Hopefully. everybody learned their lesson” from the court ruling, she said.

“Being overruled by the court as arbitrary, capricious, unreasonable makes people say, alright, maybe we should just do it right the first time,” Moore said.

When an application is submitted to the FDA for an OTC daily oral contraceptive, agency officials will know the product has more than 50 years of history of safe use as a prescription drug.

“Hopefully, they're very familiar with it, but again … it’s kind of their job is to imagine the worst-case scenario,” Moore said.

Noting Plan B’s approval history, she added, “Hopefully, all I can say, it won't happen again.”

‘Back To The Drawing Board’

It wasn’t a worse-case scenario Moore expected in 2004 after a large majority of an FDA advisory committee voted to recommend approval of OTC sales of Plan B in the two-dose formulation.

“I was just totally drawn in and sucked into the adventure of a lifetime and got to work alongside some other great people,” Moore said.

“Being overruled by the court as arbitrary, capricious, unreasonable makes people say, alright, maybe we should just do it right the first time." – Kirsten Moore

She expected the adventure would end with OTC sales of Plan B after the advisory committee’s recommendation.

“It was kind of like stars in my eyes, like, we get it, it happened, oh, my gosh, the advisory committee approved it overwhelmingly, this is so exciting, you know, pull together some other people in the movement to start thinking about what was going to happen next,” Moore said.

Other advocates, though, cautioned her against assuming the battle was over. In January 2004, she learned FDA officials planned to delay making a decision on the application.

“In May of that year, they said, ‘No, we can't go over the counter.’ So we just had to go kind of back to the drawing board,” Moore said. (CDERs Galson Cites Application Flaws Not Politics In Plan B Decision)

‘Then The Levees Broke’

The Reproductive Health Technologies Project, the Center for Reproductive Rights and other groups continued lobbying lawmakers and litigating in federal court to force the FDA’s hand on the application for OTC sales.

Moore anticipated the agency would have to act after FDA staffs’ scientific review memos showing that “higher ups at FDA” had overruled their advisors were leaked to her and later reported in the media.

“We just had to shift into like, really kind of how do we chip away at this? … FDA, what are you doing here? What is really going on here? That basically backs them into a corner where they had to promise to take action,” she said.

An impediment to progress appeared likely in August 2005 when former FDA Commissioner Lester Caldwell suggested assigning the question of allowing Plan B OTC sales to a rulemaking. (FDA Unable To Decide On Plan B Seeks Comment On DualStatus Drugs)

Before a notice of proposed rulemaking was published, the director of the FDA Office of Women's Health, Susan Wood, resigned in protest of the agency’s handling of the emergency contraceptive application. (FDAer Resigns Over Plan B Senators Seek Results Of GAO Investigation)

Moore said Wood told her, “That's it, I have to leave, I have to quit. I want to do it in a way that's going to have impact.”

“Here's where the story starts to get really funny,” Moore continued.

While Wood’s resignation garnered heavy media attention to the FDA’s handling of the Plan B application, Hurricane Katrina was forming in the Gulf of Mexico.

“So that happened. You know, again, we're just kind of keeping the pressure on, there's not much we can do.”

The agency, following widespread criticism, in 2006 approved the original Plan B marketer’s voluntary proposal for behind-the-counter sales to consumers 18 and older.

The advocacy groups continued pushing for unfettered OTC sales. But their momentum took a hit when former Health and Human Services Secretary Kathleen Sebelius in 2011 overruled FDA officials’ decision to approve the current Plan B marketer’s application for OTC sales without age restrictions.

“It was a bad day. When I talked to some colleagues of mine, who were in the political realm, I was like, what do we do next? How do we come back from this? They were basically like, you're a dead man walking,” Moore said.

“Nobody in the movement was willing to use their clout to really push back,” Moore said.

Proponents of emergency contraceptive OTC sales contacted the Obama administration to argue against overruling the FDA’s decision. “But we weren't in a position to really make them feel the pain about this,” Moore said.

However, in 2013, Judge Edward Korman of the US District Court for the Eastern District of New York ordered the FDA to reverse its denial of the Center for Reproductive Rights’ 2001 citizen petition for OTC sales of an emergency contraceptive. (Court Ruling Compels Emergency Contraceptives Over The Counter)

Sebelius had couched her decision to overrule FDA in the drug application’s lack of label comprehension and actual use data for 11-year females, 10% of whom have reached reproductive age.

But Korman noted that FDA waived the requirement for a minimum number of enrollees between ages 11 and 13 in Teva’s studies. Experts have noted that recruiting study participants in that age group, in numbers sufficient to quell Sebelius’ concerns, would have been nearly impossible.

The judge also was unimpressed by Sebelius’ concern that One-Step would be available OTC to the youngest girls of reproductive age, given the lack of safety concerns associated with levonorgestrel.