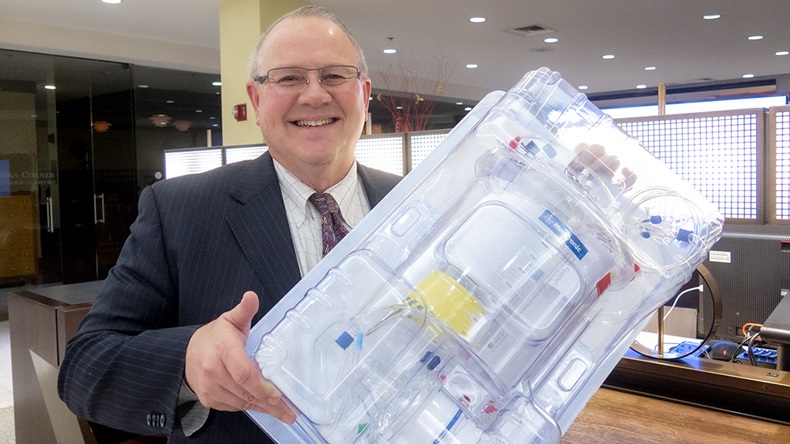 Phil Cogdill, director of quality sterilization and microbiology at Medtronic, spoke before a panel of experts about the importance of setting new ethylene oxide (EtO) standards to clean medical devices. While it may take years for such standards to fully go into effect, he and other experts have already rolled up their sleeves to get the job done.

The US Food and Drug Administration kicked off a two-day meeting on 6-7 November in Gaithersburg, MD, to discuss how to respond to recent EtO sterilization plant closures that the agency is concerned could lead to a device shortage. A member of the standards organization Association for the Advancement of Medical Instrumentation (AAMI), Cogdill spoke before the General Hospital and Personal Use Devices Panel to argue that the industry should move away from what is called the Overkill Method that uses and releases excess EtO. (Also see "Risk Of Sterilization Plant Shutdowns Across US Sends Shockwave Through Industry" - Medtech Insight, 31 Oct, 2019.)

Listen below to our podcast with Cogdill and his big takeaways from the first day of the meeting:

The first day of the FDA’s EtO meeting was attended by a broad range of stakeholders, including community advocates who argued that sterilization plants in their communities are linked to cancers and learning disabilities, and industry representatives and the FDA who raised concern that shutting down such facilities could harm patients due to product shortages.

The issue of potential health risks from EtO use has been a topic of concern for some time now, but only recently states such as Illinois and Georgia have started taking actions on their own because the federal government has been silent on the issue.

Panelists at the meeting tended to agree with industry and the FDA that pulling the plug on EtO sterilization facilities without having other ways to sterilize medical devices could lead to major product shortages. They agreed there are likely other ways to reduce the dependence on EtO use – such as allowing lower levels of the chemical to be used to sterilize products, which would mean there’s less of the chemical that’s released into the atmosphere.

Robert Burr, an endocrinologist at San Juan Regional Medical Center in New Mexico, cautioned that while industry and the FDA may agree on ways to reduce dependence on EtO use, validating those processes and then allowing products onto the market based on those methods may take years. Alternatively, he noted that Alex Azar, secretary of the Department of Health and Human Services, does have the power to declare a public-health emergency that would force states to keep EtO facilities running until a solution has been found.

Burr also pointed out that abatement technology to capture toxic gases such as sarin have been around for 35 years and could be used to reduce the release of EtO into the atmosphere.