Love From Shanghai: Upjohn Started Here But Will It Stay Post-Mylan? 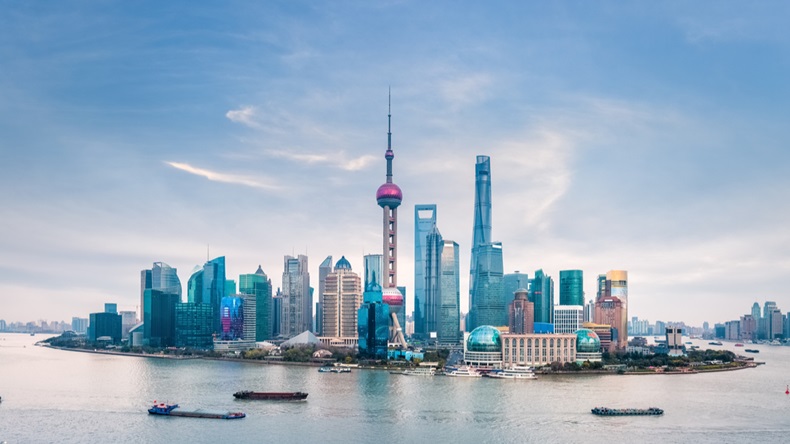 After the news of Pfizer Inc.’s plan to merge its established products subsidiary Upjohn with generics major Mylan Pharmaceuticals Inc. to create the world's biggest generics group by revenues, many are wondering if the move means Upjohn will retreat from its newly opened global headquarters in Shanghai.

During the opening ceremony for the Chinese facility, Pfizer Upjohn president Michael Goettler told Scrip that the main reason to choose Shanghai, the hub of China's pharma industry, was to be close to major customers and respond rapidly to local needs.

To that end, the generics subsidiary is developing in China a portfolio of 20 Pfizer established products, ranging from cardiovasculars Norvasc (amlodipine) and Lipitor(atorvastatin) to pain treatments Cerebrex (celecoxib) and Lyrica (pregabalin) and erectile dysfunction drug Viagra (sildenafil).

The move to Shanghai was also a bold one. Out of a total of 12,000 Upjohn employees, 5,000 will be based in China including at the Shanghai base, a formulation and manufacturing plant in the northeast city of Dalian, and sales and marketing networks across the country.  (Also see "Pfizer Unveils Upjohn Global HQ In China Amid Unprecedented Pricing Pressures" - Scrip, 3 Jun, 2019.)

Upjohn was created after Pfizer consolidated its business into three main divisions and spun off off-patented products to the Upjohn unit. Biosimilars were excluded however and retained within Pfizer’s innovative Biopharma arm.

Now, with Mylan added to the equation and new leadership in place, and the combined entity being incorporated in Delaware, US, the focus for Upjohn might shift away from China and back to the US, industry observers say.

Like Pfizer, Mylan has an extensive marketing and sales network in the US, but unlike its new partner does not have a large footprint in China, where generic competition is heating up and pricing pressure mounting. Mylan saw its first-quarter earnings slide by 7% to $2.5bn and operating profit nosedive by 85% to $24m.

Meanwhile, Pfizer said in its recent second-quarter results that Upjohn's China revenues plunged by 20% due to volume-based procurement reforms implemented this March. Full-year revenues in the country should rise by the low to mid single digits, the company noted.

Although Mylan has partnered with Indian makers for multiple products, the company has only a limited direct presence in China. During a conference in Beijing in 2012, CEO Heather Bresch said the company was considering market opportunities while actively looking for partnerships. (Also see "U.S. FDA Sees Progress Working Within China, And More Help Is On The Way" - Scrip, 21 Jun, 2012.)

In comparison, Pfizer overall is among the top pharma firms in China, with sales exceeding $2.50bn in 2018 and with some of the country’s top-selling cardiovasculars in the form of Norvasc and Lipitor.

“Combining Pfizer Upjohn with Mylan will give birth to a generics giant with potential to rival Teva, the largest generics maker in the world, because both Pfizer and Mylan have large volumes of prescriptions in US, the largest pharma market, the scale of the combined entity can’t be underestimated,” noted Chinese angel investor Jin Wang in a social media post.

The merged Upjohn/Mylan operation expects to generate 45% of its revenues from China and emerging markets.

Whether or not the focus of the combined group will shift to the US or remain in China, the generics sector in the latter market has one particularly large overhang - pricing pressures.

As alluded to by Pfizer in its results, the massive "4+7" centralized government procurement scheme has been rolling out in 11 major urban markets since the end of 2018, and the prices of winning products have fallen on average by over 50%. Nearly all multinationals except AstraZeneca PLC and Bristol-Myers Squibb Co. have managed to win one bid for each of their products.

The second round of bidding is due to take place and international firms are hoping to catch a break.

Upjohn might also join the pack and divest a suite of products to local companies in China, although it said in May that it intended to penetrate the country's "broad market" segment comprising lower-tier county hospitals.

Similarly in the US, generics are increasingly becoming commodities, forcing many makers to focus on higher-priced biosimilars or to exit the market.

Pfizer made the decision to move Upjohn to Shanghai in 2018, amid increasing costs and the need to attract more local talent. But since then, China and the US have engaged in a lengthy trade war without immediate obvious forward paths. Although medicines are not subject to the higher tariffs levied on many other products, companies are worrying that the dispute will have a negative impact on business operations.

China and the US, or both, will certainly be a top issue for the new Upjohn/Mylan leadership, which is now under Michael Goettler as CEO and Mylan's Robert Coury as executive chairman. Mylan CEO Bresch will retire when the deal closes.