Lupin Offloads Kyowa For $525m But Not Exiting Japan

Lupin plans to invest in acquisitions and organic growth in the US and India after selling Japanese subsidiary Kyowa Pharma for an enterprise value of around $525m to Japan private equity group Unison Capital. But the Indian firm stresses it is not exiting Japan and will continue to look for marketing partnerships. 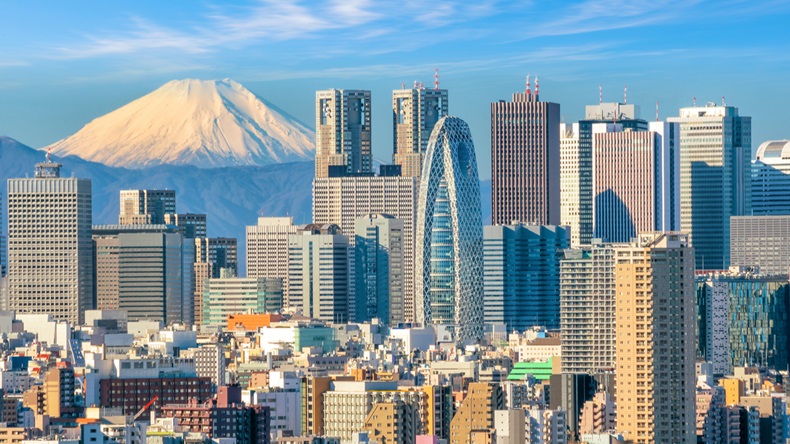 Lupin Ltd. has finally decided to offload to a local private equity group its Japanese subsidiary Kyowa Pharmaceutical Industry Co. Ltd., that had run into troubled waters on account of increasing competition in the local generics segment and the prospect of government-driven price cuts becoming an annual feature in Japan.

The deal is also indicative of private equity's rising interest in the Japan pharma sector, following on from other major deals this year.

Lupin indirectly held the stake in Kyowa through its wholly-owned subsidiary Nanomi B.V. in Netherlands. Founded in 1954, the Japanese firm develops, manufactures and sells branded and generic pharmaceuticals in the Japanese market.

Lupin acquired a majority ownership in Kyowa in 2007 and the operation is currently the fifth-largest generics player in Japan, according to IQVIA September data.

With the acquisition, Unison gains a diverse product lineup that covers cardiovascular, gastroenterology and other segments with a particularly strong presence in the CNS/neurology space where key products are promoted under the AMEL brand. Kyowa has manufacturing facilities in Sanda and Tottori, and a research center in Osaka.

Lupin officials separately said that Unison would retain over 700 employees at Kyowa.

Lupin Considers Acquisitions As Coffers Swell
Post this deal, the net debt of Lupin will stand at a reduced INR11.3bn, compared to INR43.6bn as of 30 September 2019.

“This transaction enables us to strengthen our balance sheet and provide growth capital for our strategic priorities in markets, particularly our growth markets US and India. We are exploring China…we’re looking at our specialty and complex generics portfolio to see if it makes sense to enter but haven’t determined if it does right now,” said CEO Vinita Gupta.

The company is considering both organic and inorganic investment opportunities in India, noted managing director Nilesh Gupta. While there is currently “no deal flow” domestically, the company is interested in multiple therapy areas.

“As a company, our big areas are cardiovascular, diabetes and inhalation so the intent would be to look for assets in that space but we are also building presence in India in areas like dermatology, ophthalmology and urology,” he added. The company also intends to focus on the “right assets” in the US, particularly specialty and more accretive assets.

Expanding on the logic for exiting Kyowa, Nilesh Gupta said price cuts in Japan put pressure on the company and as a pure-play generics player, the management was faced with a strategic choice “whether we wanted to differentiate and build a different kind of entity in Japan while also trying to build that in the US and trying to grow in markets like India – it just seemed like a dilution of focus for us.”

Accounting for nearly 80% of Lupin's APAC business, revenues from Japan were INR5.1bn in the second quarter, flat over the same period last year and nearly 9% lower than the first quarter. It contributed nearly 12% to consolidated sales for the quarter. Company officials said they are hopeful of making up for this reduction in revenue over the course of the next year or so.

Plans to Expand Marketing In Japan
While Lupin is exiting the generic oral solids business in Japan through the Kyowa divestment, it will continue to maintain a presence in the country through marketing partnerships as well as remaining a supplier to Kyowa even after Unison acquires it.

“We remain committed to advancing our complex generics, biosimilars and specialty portfolio globally, including in Japan. Between now and closing [the deal] the intent is to close product supply agreements for the products that we already do from India – we will selectively look at other opportunities apart from Unison as well and leverage them,” Nilesh Gupta said.

Lupin will continue looking for marketing partnerships in the specialty drugs as well as complex generics segments, he added.

Lupin also has a co-marketing arrangement with Yoshitomi for Bipresso (quetiapine fumarate), a specialty drug to treat bipolar depression, that has been licensed from Astellas Pharma Inc.

Kyowa To Move 'Beyond Drugs' Under Unison
Tatsuya Hayashi, founding partner of Unison, said, “We are delighted to welcome Kyowa into our portfolio and support its next phase of growth, both in its existing business, as Kyowa continues to center its strategy of strengthening its hybrid (brand/generics) pharma model in Japan, and in expanding its influence in the CNS space to beyond drugs.”

It also plans to expand the product and service portfolio beyond drugs with support from Unison's healthcare ecosystem of researchers, advisers and strategic partners, including Unison’s own healthcare portfolio companies.

Kyowa will continue its existing R&D and manufacturing business ties with Lupin and will look to further develop business opportunities together in Japan, including "other avenues" in the Japanese healthcare market, it said.

For major PE groups, the intention is usually to build up and strengthen the management of acquired businesses before exiting through divestment to another owner. They apparently see current opportunities in companies that may be struggling with the current challenging policy and regulatory environment, and whose owners may be looking to divest and restructure.

Blackstone has indicated that it is planning to spend up to JPY500bn across industries in Japan under a new Asia-focused fund, marking interest in a market where there has traditionally been little PE investment in pharma.

Unison was set up in 1998 by three former employees of Goldman Sachs Japan, and supports mid-cap companies across multiple sectors formed as spin-offs or through management buy-outs. In 2017, Astellas Pharma Inc. divested a group of older products to LTL Pharma, a new Tokyo-based firm wholly owned by Japan Established Medicines Corp., an entity set up under Unison funds.

Jefferies, which acted as sole financial adviser to Union Capital, noted that the Kyowa deal is the largest divestment so far by an Indian pharma firm.

With contributions from Ian Haydock in Tokyo. This article first appeared in Scrip.