As tensions continue to rise in Catalonia in the aftermath of the illegal independence referendum, one of Spain's most high-profile biotechs has decided to move its headquarters to Madrid, leaving observers to wonder if other companies, including multinationals, will follow. 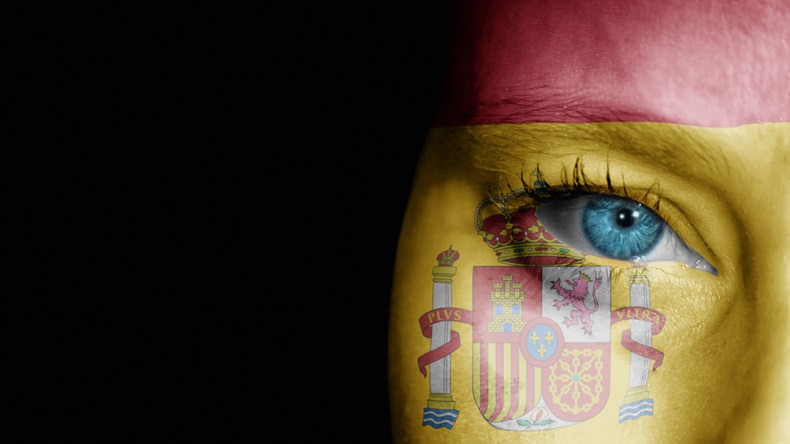 Days after the controversial independence referendum held in Catalonia, eyebrows have been raised over the decision by flagship Spanish biotech Oryzon Genomics SA to relocate its head office to Madrid from Barcelona.

The company says that the move to Madrid has been driven by a need to "optimize its operations and relationship with investors," as well as a desire to be closer to the country's medicines regulator. In a short statement to Spain's National Securities Market Commission, Oryzon, which also has an office in Cambridge, Mass., says its administration and management will be based in the capital but it should be noted that the firm's laboratories and 40-strong R&D staff will continue to operate out of Barcelona.

The timing of the move is particularly pertinent given the chaos that has ensued in Catalonia following the vote led by a section of the autonomous Catalan government which had been declared illegal by the Spanish state and its courts. The company did not comment specifically on whether the move is linked to the upheaval in the north-eastern region and it is highly unlikely that the decision is a knee-jerk reaction to Sunday's vote.

However, according to a report in the Spanish business newspaper Cinco Dias, Oryzon chief executive Carlos Buesa was quoted as saying that "everything is weighed up. Let everyone value it as you see fit." He also noted that the regarding the sovereignty debate and the tension between Catalonia and the central government, he believes that it is not appropriate for companies to position themselves publicly on the matter and that is the role of politicians.

Buesa also stressed the wish to be closer to investors as he feels Oryzon had been excessively punished by the market following Roche's decision to pull out of a potentially lucrative cancer partnership in July "due to a portfolio prioritization." The drug in question is the investigational lysine specific demethylase-1 (LSD1) inhibitor code-named ORY-1001 and the pact, signed in April 2014 and heralded as the biggest licensing deal in the history of the Spanish biotech sector at the time, would have been worth more than $500m.

Oryzon still has very high hopes for ORY-1001, which is initially being developed for acute myeloid leukemia (AML) as well as solid tumors. In July, Buesa told Scrip that he was confident a new partner for the compound.

As for the bigger picture, a number of sources within the Spanish pharmaceutical sector have expressed their alarm to Scripover the escalation of the Catalan crisis. In a rare televised speech to the nation Oct. 3, King Felipe VI accused the Catalan authorities of attempting to break “the unity of Spain” saying their behavior had “eroded the harmony and co-existence within Catalan society itself, managing, unfortunately, to divide it”.

The tension is continuing to rise with Catalonia president Carles Puigdemont declaring region will declare unilateral independence within days. The Spanish Prime Minister Mariano Rajoy has yet to respond to the threat but his position of defending Spanish sovereignty is not going to change.

Rajoy has the support of world leaders and crucially the European Commission which issued a statement that the vote in Catalonia was not legal and the problem is "an internal matter for Spain that has to be dealt with in line with the constitutional order of Spain". It added that "if a referendum were to be organised in line with the Spanish Constitution it would mean that the territory leaving would find itself outside of the European Union."

In response to the news, the Spanish Association of Biotech companies (ASEBIO) sent a statement to Scrip saying that it is not appropriate to comment on the business decisions of its individual members, adding that for its part, "we do not know if other biotech companies are considering changing their headquarters. "

However, ASEBIO stated that the biotechnology sector requires an environment to help R&D investment "which must necessarily be based on the existence of legal security and stability for companies to develop their projects and their business." It added that, "Catalonia has stood out for being able to generate an environment that has allowed the development of a thriving biotechnology industry and we hope that this environment will continue.”

In Catalonia, ASEBIO has 70 members, 26% of its total across the country. It is the autonomous community (there are 17 of them in Spain) with the highest number of user biotechnology companies (515) and strictly biotech firms (181). It leads the way in terms of R&D investment and only last week, ASEBIO held an event in Barcelona with presentations of 30 Spanish projects for 50 international investors, including the likes of Ysios Capital, Edmond de Rothschild, Merck Ventures, Omnix Health and Sofinnova.

The Catalonian problem is not only an issue for domestic drugmakers as a large number of multinational pharmaceutical companies have their headquarters and facilities in the region. How committed they will continue to be to the area given the political turmoil (a matter which could be fatally damaging to Barcelona's bid to host the European Medicines Agency) remains to be seen. (Also see "Front-Runners Emerge In Race For EMA" - Scrip, 2 Oct, 2017.)

As for investors, they seemed impressed by Oryzon’s Madrid move and the company's shares shot up over 30% during the day before slipping back to close up 13% to €2.02