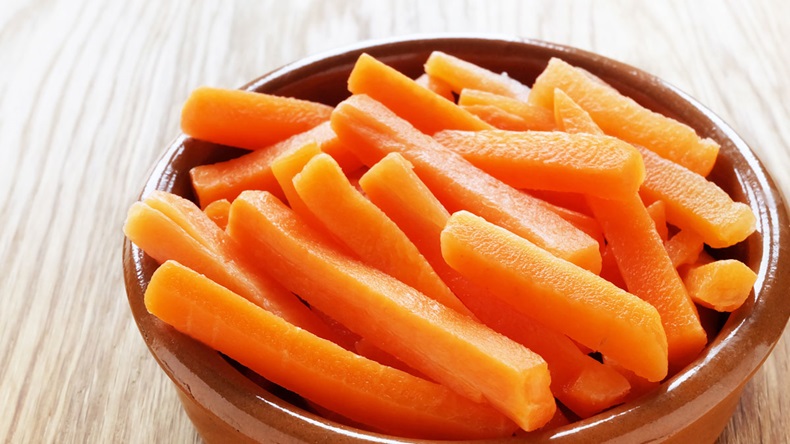 US FDA Commissioner Scott Gottlieb believes the potential for "review efficiencies" will entice manufacturers to allow public posting of their clinical study reports (CSRs) after a drug application's approval.

Whether this is enough of a carrot stick to persuade manufacturers to allow the release of their clinical trial data will be tested under a Center for Drug Evaluation and Research (CDER) pilot program to assess the feasibility of including links in agency drug review documents to publicly available portions of a sponsor's CSR.

A CSR is a scientific document containing a detailed summary of information on the methods and results of a clinical trial. It is submitted as part of a new drug or biologic application but, until now, has not been proactively released by FDA as part of a product's approval.

The new pilot program is aimed at increasing transparency into FDA's drug approvals and "is going to allow third parties to do more analytics around our decision-making and do more analyses, and you'll have research better informed by actual data," Gottlieb said Jan. 16 at an FDA transparency symposium sponsored by the Johns Hopkins Bloomberg School of Public Health.

"We think that over time a lot of manufacturers are going to see the inherent value in allowing us to make these CSR reports public because a lot of the review memos right now are cutting and pasting" from the reports, Gottlieb said. "[If] we're able to link to … the bottom-line information in the CSRs, it's going to make the development of the review document much more efficient, much more accessible and could provide a lot of efficiency to the review process itself."

Gottlieb also used his appearance at the transparency meeting to discuss the potential release of some complete response letters. (See sidebar.)

Testing The Waters With 9 NDAs

The pilot program will test a process for selecting, redacting and posting CSR information on the agency's Drugs@FDA website. It will include up to nine recently submitted new drug applications (NDAs), across a range of disease areas, whose sponsors agree to participate.

"We intend for initial participation in the pilot to reflect products that are novel (including drugs that are new molecular entities, or NMEs) and of scientific interest (e.g., certain NDA efficacy supplements)," FDA said. "We will provide participating sponsors with additional information to ensure their understanding of the process. We will also continue to protect patient privacy, trade secret and confidential commercial information in the CSRs we release as part of the pilot."

The pilot will involve the posting of summary information from the CSR, but not raw data.

Summary information from the CSR will be posted, but not raw data. The portions of the CSRs that will be posted are the study report body, protocol and amendments, and statistical analysis plan from pivotal trials submitted with the application, FDA said.

FDA said this is the first time it has proactively disclosed CSRs from sponsors to the public. The agency recently released redacted versions of such reports for Sarepta Therapeutics Inc.'s Duchenne muscular dystrophy drug Exondys 51 (eteplirsen) pursuant to a Freedom of Information Act request and lawsuit.

Making key portions of the CSRs publicly available will enhance access to clinical information by medical researchers, the drug development community and the public, FDA said.

The agency's drug review packages, which are posted several weeks after approval of novel products, include discipline review memos and other documents. However, their utility is limited by their formatting and length. They are posted as PDF documents and can be difficult to search; clinical review documents are often lengthy and redundant.

"We believe that by posting key portions of CSRs publicly, we’ll both comply with our existing obligations to make certain summary materials publicly available upon approval, and make that material significantly more practical and user-friendly for key collaborators – for example, for medical researchers who want to further study a specific drug beyond the clinical evidence that supported its approval," Gottlieb said in his prepared remarks at the transparency meeting.

… And Part Of The OND Overhaul

"Hemlibra is an example of a more integrated approach where clinical, non-clinical and statistical information is combined in one review," FDA told the Pink Sheet. "This is an evolving process that we are continuing to explore."

Being able to link to the CSR will make the development of a consolidated review document more feasible, FDA's Gottlieb said.

Being able to link to the CSR makes it more feasible to develop a consolidated review document, Gottlieb said.

"We want to work in the direction of coming up with a more consolidated memo so we have a more team-based approach where everyone's working together and trying to develop a consolidated document that explains the agency's philosophy," he said. "You have one document where you can see the consensus and you can see where the disagreement is all in one place, and you don't have to go through six different documents to try to figure out who agreed and who disagreed."

Gottlieb noted there is precedent in Europe for making CSRs available.

In October 2016, the European Medicines Agency began posting CSRs submitted with centralized approval applications. The reports are accessible by academics and researchers for downloading, saving and analysis.

CSRs on 50 medicines were made publicly available by EMA in the program's first year. (Also see "EMA’s Clinical Data Policy One Year On: 50 Products, 3,000 Documents And ‘Positive Feedback’" - Pink Sheet, 25 Oct, 2017.) However, this has created document redaction challenges for industry. (Also see "‘Give Us More On Warning On Publishing Our Clinical Data,’ Industry Implores EMA" - Pink Sheet, 25 Jan, 2017.)

"We want to do it on a more wholesale fashion" than is happening in Europe, Gottlieb said. "We're starting it as a pilot. We're working through the legal issues. We'll see where it goes."

Looking For A Few Good Volunteers

The agency commissioner made his "pitch" for companies to take part in the pilot program.

Gottlieb's pitch aside, it remains to be seen how enthusiastic the biopharma industry will be about FDA's desire to pull back the veil on sponsors' CSRs, which are generally viewed as confidential commercial information.

The Biotechnology Innovation Organization said it shares FDA's goal of improving the dissemination of information that can aid patient care and better inform providers. "As this pilot project moves forward, we look forward to working with the agency to ensure that this goal is accomplished while also protecting patient privacy as well as confidential commercial and trade secret information," BIO said.

"Third-party payers want to understand a lot of the underlying data that went into FDA's decision-making process for new products that are coming into the marketplace because they have to make tough choices on reimbursement." – Foley and Lardner's Rosen

The Pharmaceutical Research and Manufacturers of America said it is reviewing the pilot but noted the industry "has been at the forefront of initiatives to improve access to clinical trial data in a manner consistent with the need to safeguard patient privacy, respect the integrity of national regulatory systems across the globe and maintain incentives for investment in biomedical research by protecting confidential commercial information."

David Rosen, a partner at Foley and Lardner, said opening up the CSRs could help sponsors on the reimbursement end.

"Third-party payers want to understand a lot of the underlying data that went into FDA's decision-making process for new products that are coming into the marketplace because they have to make tough choices on reimbursement," Rosen said.

Nevertheless, the willingness of sponsors to participate in the program might depend on the extent of the data to be made publicly available, he said.

"I do really like the idea that more of the data … on which FDA has conducted their analysis to confirm safety and efficacy would be open to the public for examination," Rosen said. "I don't think it's meant to be a second-guess situation, too, but I think you'll see a lot of people looking at this to do some comparative analyses of their product versus other products. It should very interesting."