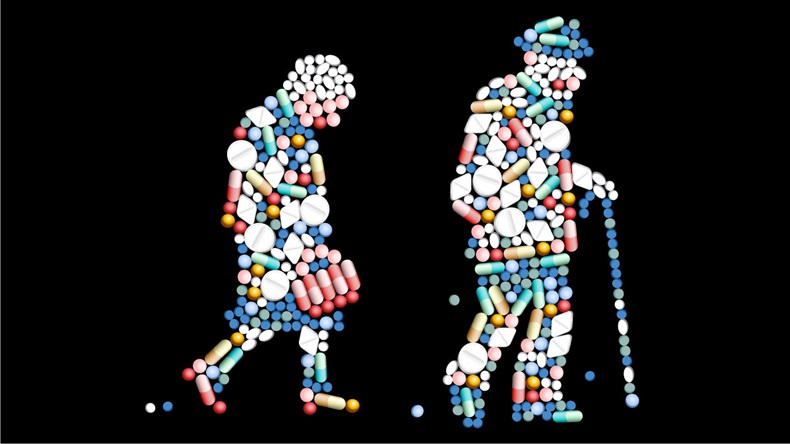 Rebates were not able to prevent price increases from driving a 62% growth in Medicare Part D spending on established branded drugs from 2011 to 215, according to an HHS Office of Inspector General analysis released June 4.

Although total rebate dollars for all branded drugs in Part D more than doubled across the five years, ($9bn to $23bn), Part D spending still increased from $49bn to $80bn. Excluding rebates, Part D spending for brands rose 77% over the period.

The spending growth came while utilization of branded drugs declined by 17%, further implicating price increases in the trend. The study focused on drugs that were covered by Medicare Part D during all five years in order to exclude the pricing impact of new drugs.

The number of drugs subject to rebates declined over the study period. Seventy-two percent of drugs had rebates in 2011 and 61% were covered by rebates in 2015.

The analysis suggests a significant potential benefit to Part D if plans could target the brands that aren’t getting rebates. The Trump Administration is looking for ways to do that, such as in categories where the number of available treatments is limited or in the protected classes. (Also see "Trump Drug Pricing Plan Includes Part D Surprises, Challenges PBM Business Model" - Pink Sheet, 11 May, 2018.)

For example, the unit cost for Janssen Pharmaceutical Cos.’s Stelara  (ustekinumab) increased by 52% over the period to $16,191 in 2015, OIG notes. The unit cost for Valeant Pharmaceuticals International Inc.'s Cuprimine  (penacillamine), which can be used for rheumatoid arthritis, rose more than 2,000% over the five years. Unit costs reflect prices and utilization.

Unit costs for the 200 branded drugs with the highest utilization in Part D grew at nearly double the rate for all brands in the analysis – 57% vs 29%.

Part D reimbursement for the 200 drugs was $26bn higher in 2015 than in 2011, signaling that “manufacturers may have raised prices for brand-name drugs taken by a substantial number of beneficiaries in 2015,” OIG pointed out.

Out-of-pocket costs were highest for branded insulins, statin cholesterol reducers and respiratory tract corticosteroid inhalers. Total out-of-pocket costs for drugs in these categories was $1.6bn in 2015 and Part D reimbursement was $6.5bn higher in 2015 than in 2011.

The Pharmaceutical Research and Manufacturers of America challenged the study in an emailed statement, arguing that it should not provide a basis for pricing policy changes in Part D.

“The report from the Health and Human Services Office of Inspector General paints a misleading picture of medicine spending in the Part D benefit,” according to the group.

“The report’s focus on total expenditures obscures growth in Part D costs due to increasing enrollment in the program. During the 2011 to 2015 time period covered by OIG’s report, enrollment growth in Part D accounted for more than half of the growth in total program costs on a cumulative basis.”

Rather than “focusing on misleading information, policymakers should be looking at ways to improve affordability and predictability for seniors in Part D,” PhRMA added.

However, in a separate statement the Pharmaceutical Care Management Association highlighted the finding that costs grew despite rebates, asserting “this report finally debunks the myth that drug makers have somehow been compelled to raise prices because of the discounts and rebates health plans and [pharmacy benefit managers] demand to reduce overall costs.”