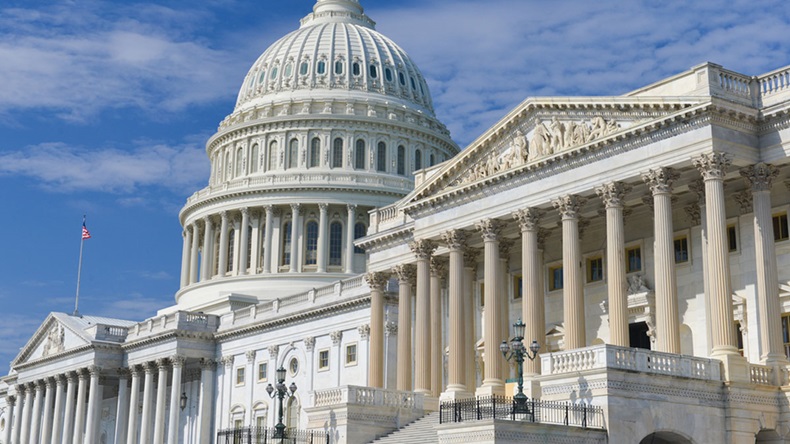 The price inflation provisions, which have been championed by Wyden, would save Medicare $50bn over 10 years, according to the Congressional Budget Office. CBO projects the overall legislation, which proposes drug pricing reforms in Medicare and Medicaid, would lower government spending by $100bn and reduce beneficiary costs by $32bn. The inflation rebates would generate the greatest share of savings.

Government savings of $35bn are expected from a redesign of the Part D benefit that includes increasing insurer and manufacturer liability for costs in the catastrophic phase.  Clarifying how prices are calculated in Medicaid and increasing the maximum rebate amount would save the government $20bn, CBO projects. The committee announced the CBO score in a release on the bill.

Finance will move quickly to advance the legislation, which had been expected to be more palatable to pharma than legislation coming out of the House. The Senate bill may not be as negative for manufacturers as what the House is working on but industry is still not happy with it. A Finance committee markup is scheduled for 25 July.

Medicaid programs could also enjoy up to a 125% rebate under the proposed legislation. (See sidebar.)

The bill does not call for HHS price negotiation in Medicare, unlike the House legislation being developed by Speaker Nancy Pelosi, D-CA. (See overview of House bill at end of story.) That disparity appears to limit the odds of reconciling the two and getting a bill through Congress.

The price inflation provisions in the Senate bill are adapted from similar requirements in Medicaid that have led to substantial rebate obligations for manufacturers.

“Beginning on January 1, 2022, manufacturers that choose to sell their products under Part D would provide rebates to Medicare for each six-month period in which the list price for a rebatable drug, as specified in the provision, increased faster than the change in [Consumer Price Index for urban consumers] for the same period,” a summary of the bill explains.

The rebate amount would be the product of the quantity of each covered drug during the rebate period and the amount by which the drug’s actual average daily list price exceeded the inflation-adjusted list price.

As written, the Part D rebate provision would also impact the commercial market because it aims to restrict increases in list pricing as opposed to the price negotiated with plans. Manufacturers generally use the same list price across all markets.

In Part B, “rebatable” drugs would include branded products furnished in a physician’s office, hospital outpatient department or ambulatory surgical centers. Biosimilars and vaccines would not be subject to price inflation rebates.

The Centers for Medicare and Medicaid Services would determine whether a manufacturer owes an inflation rebate by using a drug’s average sales price payment amount as of July 1, 2019 and applying the CPI-U percentage change in each subsequent quarter to adjust the benchmark payment amount. Manufacturers would owe a rebate in each quarter that the ASP payment amount exceeded the inflation -adjusted payment amount.

It would phase in a reduction of Medicare’s current 80% liability for costs in the catastrophic phase over the next couple of years so that by 2024, Medicare would cover 20% of costs. At the same time, plan liability would increase from the current 15% to 60% beginning in 2024.

Beneficiary liability, currently a 5% coinsurance, would be erased beginning in 2022.

The beneficiary out-of-pocket threshold for catastrophic coverage would also be lowered to $3,100 as of 2022, which will allow beneficiaries to emerge from the coverage gap more quickly. The threshold, which is $5,100 in 2019, would be indexed to growth in Part D spending in later years.

The new spending threshold appears to address the so-called coverage gap “cliff.” The term describes a sharp increase in out-of-pocket spending needed to emerge from the coverage gap that would have been triggered at the end of 2019, when a provision of the Affordable Care Act that suppressed the trajectory of out-of-pocket costs sunsets. (Also see "Fixing Part D Coverage Gap ‘Cliff’ Is Right Way To Lower Costs, PhRMA Says" - Pink Sheet, 21 Jun, 2018.)

Some of the burden of costs in the catastrophic phase would also be shifted to manufacturers for the first time under the Senate bill, a policy industry has said it is amendable to if its contribution is used to reduce beneficiary costs. (Also see "Part D Catastrophic Coverage: Manufacturers Could Agree To Increased ‘Liability’" - Pink Sheet, 7 Jun, 2019.)

Manufacturers have been looking for opportunities to reduce the 70% discount ever since it was increased from 50% by the Bipartisan Budget Act in early 2018. The higher rate became effective at the beginning of 2019 and manufacturers are now beginning to report its impact on sales. (Also see "Impact Of Higher Part D Donut Hole Discounts Beginning To Show: Xarelto Sales Down 19%" - Pink Sheet, 17 Jul, 2019.)

The new discount could result in a reduced liability for less expensive drugs, such as diabetes treatments, but significant concessions on some expensive drugs like oral cancer agents, Evercore ISI analyst Umer Raffat suggests in a 23 July report on the bill.

In addition to saving Medicare $35bn in reinsurance spending over 10 years, the changes to the Part D benefit are projected to lower beneficiary out-of-pocket costs by $20bn. All told, the bill is expected to save the government and beneficiaries $132bn over 10 years, with a spillover reduction in costs expected from the inflation rebate provisions in the commercial market.

The Pharmaceutical Research and Manufacturers of America objected to the bill in a statement. “The Senate Finance Committee package fails to meet the fundamental test of providing meaningful relief at the pharmacy counter for the vast majority of seniors," PhRMA said. "The legislation would siphon more than $150bn from researching and developing new medicines while giving those savings to the government, insurers and [pharmacy benefit managers] – not seniors."

Although the bill establishes an out-of-pocket cap in Part D, the Medicare Payment Advisory Commission has said it will only benefit 2% of Medicare patients, PhRMA pointed out. Furthermore, the association maintains the legislation "fails to ensure the deep discounts negotiated in the Medicare prescription drug program are passed along to patients in the form of lower out-of-pocket costs" and "it replaces the market-based structure of Medicare Part D with Medicaid-style price controls that result in money going to the federal treasury instead of seniors."

But White House deputy press secretary Judd Deere applauded the bill in a tweet. "The White House is encouraged by the bipartisan work of Chairman Grassley and Senator Wyden to craft a comprehensive package to lower outrageously high drug prices, and today we are engaging with coalitions to help build support," he said.