Boston Scientific's repositionable, mechanically expanded Lotus transcatheter aortic valve performed better than Medtronic's CoreValve for the primary composite effectiveness endpoint in the REPRISE III trial, according to results presented at the EuroPCR meeting in Paris. But the Lotus patients in the trial were more likely to need a pacemaker than the CoreValve patients, a risk that investigators believe can be mitigated with better operator technique. 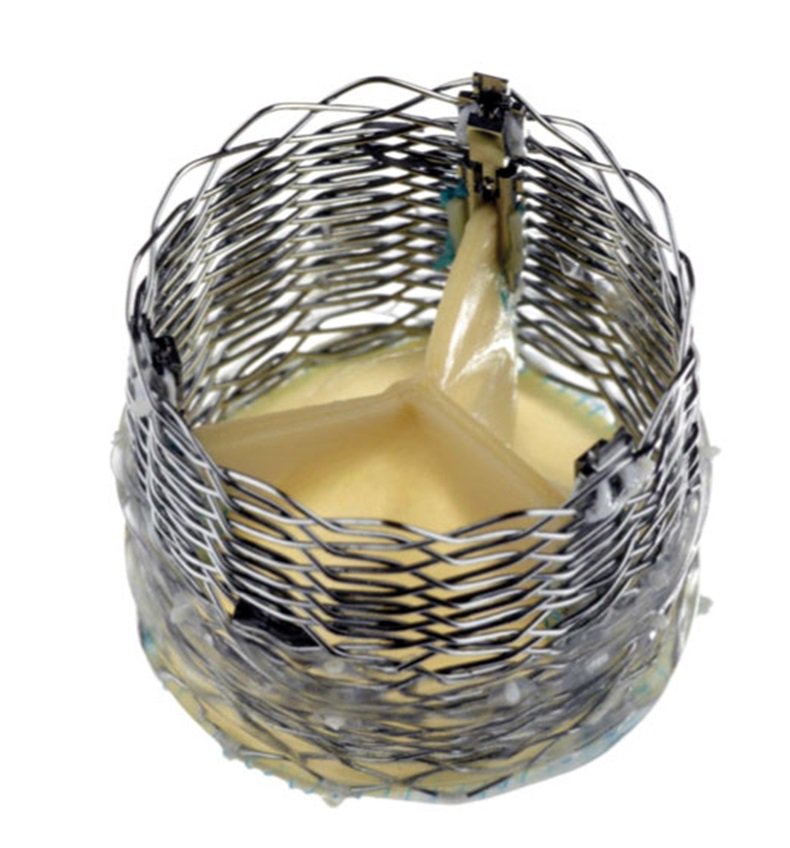 REPRISE III , the largest randomized, head-to-head comparison of two transcatheter valves, has reassured Boston Scientific Corp. that its Lotus repositionable, mechanically expanded transcatheter aortic valve will be able to compete with the more established TAVR systems once it reaches the market.

Ted E. Feldman of the NorthShore University HealthSystem in Evanston, Illinois presented one-year results from the global, multi-center trial at the the EuroPCR Scientific Program in Paris on May 16. REPRISE III randomized 912 patients severe aortic stenosis and extreme or high operative risk to transcatheter valve replacement with Lotus or Medtronic PLC's CoreValve system on a 2:1 ratio.

Lotus beat CoreValve for the primary effectiveness endpoint, a composite of the rate of all-cause death, disabling stroke, and at least moderate paravalvular aortic leakage at one year – 16.7% versus 29.0%. Lotus patients had a significantly lower combined rate of all-cause mortality plus disabling stroke – 13.2% versus 17.9%, and a significantly lower rate of disabling stroke – 3.6% versus 7.3%. However, the study was not powered for superiority on this endpoint and Feldman told Medtech Insight,"Statistically this was better for Lotus than CoreValve, but the CoreValve stroke rate was unexpectedly high and I don't think it represents the typical high-risk patient population that we see."

The encouraging news about Lotus comes the same day that Boston Scientific closed its acquisition of Symetis SA, a smaller European TAVR company marketing the Acurate neo TF TAVR system and the Acurate TA system designed specifically for the transapical approach. Some observers suspected Boston Scientific's acquisition of another TAVR company indicated that it is losing confidence in Lotus, especially after it had to pause all implants of Lotus in February to address a manufacturing problem with the delivery system. (Also see "Symetis TAVR Buy Not About Throwing Shade On Lotus, BSX Insists" - Medtech Insight, 30 Mar, 2017.)

During a May 16 conference call to discuss the REPRISE III results, Kevin Ballinger, the president of Boston Scientific's Interventional Cardiology business, said, "Boston Scientific has the most compelling and differentiated TAVR portfolio now in the industry with the addition of the Symetis Acurate valve and the Lotus platform. And I couldn't be more excited about the prospects for us in that space, so I feel that's one of the largest, fastest-growing markets in interventional cardiology." Both Lotus and Acurate are available in Europe, but neither is approved by US FDA. Boston Scientific believes the worldwide TAVR market will be worth $4bn market by 2020.

"What this portfolio really offers is physician choice and really the best treatment for each patient anatomies, and that comes from one company. To have that portfolio under one company's umbrella, I think can be quite powerful," Ballinger said. "The strong REPRISE III data, I think was very reassuring. Lotus is known for best-in-class paravalvular leak rates, which is very important; and also the ability to fully assess the valve's performance upon deployment. So, that's reassuring for physicians as well."

In addition to beating CoreValve in the primary efficacy endpoint in REPRISE III, patients treated with Lotus in the trial also had significantly lower rates of moderate-to-severe paravalvular leak compared to the CoreValve patients – 2.0% vs. 11.1% – and the Lotus patients were also significantly less likely than the CoreValve patients to need a repeat procedure to repair problems with the first valve implant, or to suffer a valve malapposition.

However, the Lotus patients had a higher rate of valve thrombosis than the CoreValve patients at one year – 1.5% versus 0% – and the Lotus patients were more likely to need a pacemaker – 35.5% versus 19.6%, a problem that has plagued Lotus since its earliest human trials. The company has tried to address the pacemaker issue by adding a Depth Guard to the next-generation Lotus Edge.

The higher pacemaker rate compared to CoreValve "is something we've seen with this first-generation Lotus device, but other reports have shown that there's a learning curve, and that even with this first-generation device, pacemaker device get better with experience," Feldman said. Boston Scientific has redesigned the deployment mechanism for Lotus so the next-generation Lotus Edge has a "top-down" rather than "bottom-up" mechanism that requires less interaction between the valve and the left-ventricular outflow tract, thereby reducing the chances that the TAVR procedure will interfere with the atrioventricular node. Feldman said that preliminary data from the RESPOND EDGE registry shows the pacemaker rates with the second-generation valve at hospital discharge are 20%.

Feldman credits the Lotus' performance in REPRISE III to the fact that the valve can be visualized, assessed, and then repositioned during the implant procedure to ensure ideal positioning. He credited Lotus' Adaptive Seal polycarbonate-based urethane seal for the low rates of paravalvular leak seen in the Lotus patients in REPRISE III.

"The takeaway [from these results] is that Lotus performed well and that any concerns that people have expressed about repositioning being an increased stroke risk are not born out by this endpoint. The real driver for the effectiveness-superiority was paravalvular leak, which was much lower for Lotus than CoreValve," Feldman told Medtech Insight. "The ability to accurately position the valve and adjust the position to eliminate paravalvular leak is the unique finding in the trial and this was further reflected by the absence of malpositioning or need for a second valve in the Lotus group, whereas several valves in the CoreValve group had to have a valve-in-valve procedure to treat malposition on the first implant."

Lotus boasts a mechanical expansion system that is distinct from either the balloon-expansion technology in Edwards Lifesciences Corp.Sapien line of TAVR devices or the self-expansion technology in Medtronic's CoreValve systems. "It's a different and completely unique design and deployment mechanism. It's neither self-expanding nor balloon-expandable, it's a controlled mechanical expansion. It's clearly an advance in terms of paravalvular leak and malpositioning," Feldman said.

In a May 16 note on the REPRISE III presentation at EuroPCR, Wells Fargo analyst Larry Biegelsen writes that the results were "reassuring" after the recent Lotus recall, the Symetis acquisition, and fears among some observers that Lotus would yield more strokes than CoreValve.

"The pacemaker rate with Lotus is still too high according to most physicians but Boston Scientific expects the pacer rate to be competitive with its new Lotus Edge design," Biegelsen notes. However, he said, "it’s worth noting that docs we’ve spoken with recently are skeptical Boston Scientific will be able to reduce the pacer rate with Lotus Edge." At the same time, Boston Scientific the Symetis Acurate Neo has a relatively low pacer rate, "which makes it complementary to Lotus," Biegelsen states. "The REPRISE III data should help Lotus recapture share it lost due to the recall, but Medtronic will be able to counter the data to avoid significant share loss."

He points out that REPRISE III used an older version of Medtronic's CoreValve valve, and that the newer CoreValve Evolut Pro, recently launched in the US, has a skirt which reduces the paravalvular leak rate. (Also see "ACC 2017: SURTAVI Supports Intermediate-Risk Intervention For Medtronic's CoreValve" - Medtech Insight, 21 Mar, 2017.)

On the same day, Jefferies analyst Raj Denhoy wrote, "The superiority on paravalular leak was expected, but the win in stroke was not. The study was not powered for superiority and even the presenters noted that the higher stroke rate for CoreValve was likely due to chance." Regardless, he said, "With positive headlines for Lotus and Symetis closing, Boston Scientific is off to a strong start at PCR."