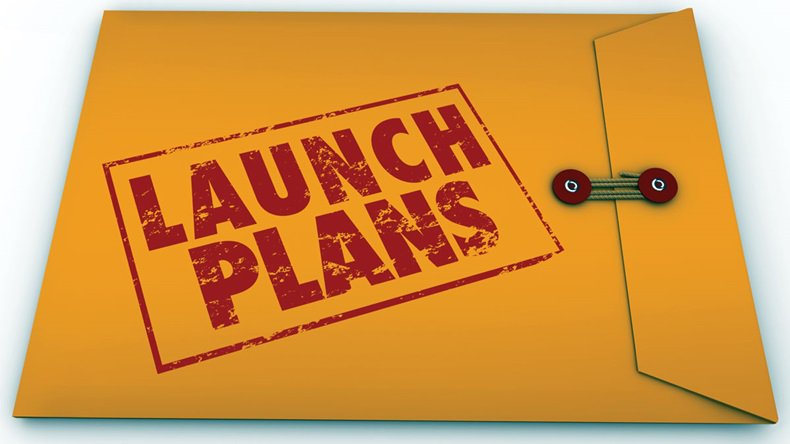 Device Debuts is a regular Medtech Insight feature highlighting new products introduced into the market for the first time, important new iterations of existing products, or launches of existing products into new markets for the first time. With a slower calendar of medical meetings, not as many companies try to make a big splash with a product launch in the summer compared to the spring, but there have still been a number of notable device launches so far this summer.

Medtronic PLC announced the US launch of the MiniMed 670GHybrid Closed Loop insulin pump system for people with type 1 diabetes on June 7.

MiniMed 670G features the SmartGuard HCL technology, Guardian Sensor 3 and the Contour Next link 2.4 blood glucose monitoring system from Ascensia Diabetes Care. It is, according to Medtronic, the only FDA-approved insulin pump that can enable personalized and automated delivery of basal insulin, to maximize the time the patient's blood-sugar levels are within the ideal range.

FDA approved MiniMed 670G in September 2016, earlier than the company expected. Since then, the company has been working prepare its manufacturing and marketing capabilities, as well as reach agreements with third-party payers to cover the technology. For example, in late June Medtronic announced a deal with Aetna Inc. whereby it will agree to give rebates to the health insurer if the MiniMed 670g systems covered by the insurer fail to live up to the promise to keep patients' blood-sugar within the target range. Medtronic signed a similar deal with UnitedHealthcare last year. (Also see "Medtronic Enters New Outcomes-Based Insulin Pump Deal With Aetna" - Medtech Insight, 26 Jun, 2017.)

In March, Medtronic started a "Customer Training Phase" to validate its training program for the MiniMed 670G system at select sites in the US before launching it broadly. Feedback from that experience included a 94% user-satisfaction rate. Over the next few months, the device will be delivered to the rest of the customers enrolled in the Priority Access Program who signed up to be first in line to receive the system upon commercial launch. Further, the company is now accepting new orders for it.

OrbusNeich announced the US launch of the Sapphire II Pro and Sapphire NC Plus coronary angioplasty dilation catheters on June 6, following FDA's 510(k)-clearance of the devices in January 2017 and October 2016, respectively.

The company says Sapphire II Pro has a well-balanced "subzero" tapered tip and an ultra-low profile to provide effortless entry through tight lesions. It also features the proprietary XR balloon to make crossing the lesion or re-crossing it as easy as possible without compromising its durability.

Sapphire NC Plus is cleared for balloon dilatation of the stenotic portion of a coronary artery or bypass graft stenosis to improve myocardial perfusion in ischemic patients, and balloon dilatation of a coronary artery occlusion in the treatment of acute myocardial infarction, in-stent restenosis or post-delivery expansion of balloon-expandable coronary stents.

The company touts Sapphire NC Plus as a "a true noncompliant balloon," which features TiFotechnology for tightly folding the balloon material and Hydro-X coating to make it easier to cross through lesions. "Entering the US market with our proven coronary dilatation catheters is a long overdue and logical step for our company,” OrbusNeich COO Scott Addonizio said in a release. "Our focus will now include the US market and we are confident our product will be well received.”

OrbusNeich has offices in Ft. Lauderdale, Fla., but primarily markets its products outside the US. Its flagship product is the Combo dual-therapy drug-eluting stent with a biluminal sirolimus drug-elution system and a bioresorbable polymer that is completely dissipated within 90 days. Combo earned a CE mark in 2013 based on data from the REMEDEE trial showing that Combo was as effective as Boston Scientific’s Taxus Liberté paclitaxel-eluting stent at reducing in-stent late-lumen loss. (Also see "Starts & Stops: Boston Scientific Starts, Stops, And Finishes TAVR Trials" - Medtech Insight, 14 Mar, 2017.)

Shockwave Medical Inc. announced the treatment of the US first patient in a commercial case with its Lithoplasty catheter for treating calcified plaque in peripheral arteries on June 21.

Lithoplasty breaks up calcified blockages of peripheral arteries using a similar targeted sonic pressure wave technology that has been used to treat kidney stones for several decades. It is supported by DISRUPT CAD I, a 60-patient, single-arm trial that showed treatment with the Shockwave system improved lumen diameter without causing any distal embolizations or any of the other complications linked to other coronary plaque "debulking" technologies, such as rotational or orbital atherectomy. (Also see "OUS Approvals Analysis: IVDs Lead A Slow Month" - Medtech Insight, 14 Jun, 2017.)

Following the receipt of a CE mark on May 15 and FDA 510(k) clearance in September 2016, Lithoplasty is now approved in both the US and Europe for lithotripsy-enhanced balloon dilatation of lesions in the peripheral vasculature, including the iliac, femoral, ilio-femoral, popliteal, infra-popliteal and renal arteries. It is contraindicated for treating the coronary or cerebral vasculature.

While announcing the US launch on June 21, Fremont, Calif.-based Shockwave also announced the launch of DISRUPT PAD III, which the company expects will enroll 334 patients at 45 global sites, making it the largest ever multi-center randomized trial of treatment for heavily calcified peripheral artery disease. The study will compare Lithoplasty therapy to traditional angioplasty, with a primary goal of achieving less than 30%residual stenosis without the stenting. All patients who do not receive a stent will be treated with a drug-coated balloon.

DePuy Synthes announced the US launch of the Viper and Expedium fenestrated screw systems for open spinal-fusion surgery in conjunction with DePuy Synthes' Confidence high-viscosity spinal cement to restore the integrity of the spinal column in patients suffering from spinal cord compression as a result of advanced-stage tumors.

Traditional pedicle-screw systems are difficult to deliver in patients with advanced spinal disease, so Viper and Expedium's hollow shaft and fenestrations above the screw tip allow for controlled delivery of spinal cement into the vertebra to immediately fix the screw and stabilized the spine, according to the company.

Viper is designed for minimally invasive surgery and is compatible with both Viper and Expedium 5.5 spine system instrumentation. Expedium fenestrated screws are compatible with the Expedium Verse spinal system.

IntelliVue X3 is compatible with Philips' existing IntelliVue patient-monitoring systems, including bedside and transport monitors, as well as the rest of the Philips family of central stations. The data it generates can be integrated into mobile applications, hospital networks, and other interfaces that connect the system to other medical devices and to the hospital’s electronic medical records.

The company will begin marketing IntelliSpace Portal 9.0 in July. It has been available outside the US since November 2016.

IntelliSpace Portal 9.0 offers 70 applications for radiology, neurology, oncology and cardiology, providing "a comprehensive overview of each patient, helping them to quantify and quickly diagnose conditions using multimodality clinical applications that are optimized for patient evaluation over longer periods of time," according to the company.