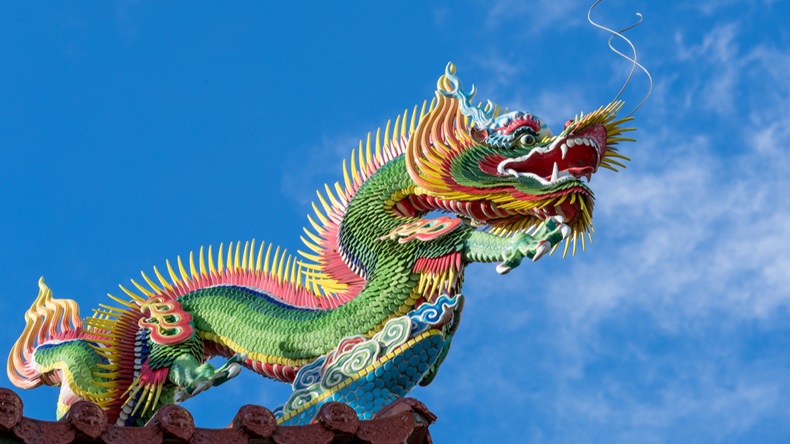 The dollars and renminbi are adding up, as are structural and regulatory changes in China. With the modified IPO listing rules in Hong Kong, China’s momentum as a biopharma leader is accelerating. Even the Trump trade tirade seems to bypass many bold biopharma initiatives in China that have brought this nation into a leadership position in two short decades. (Also see "Can Pharmas Come Out Unscathed As China-US Trade War Escalates?" - Scrip, 11 Apr, 2018.)

Money talks. And China knows that it has more than most other countries. Biopharma being one of the top 10 focus areas for more sustainable growth, China has turned open the spigot.  Let us consider the numbers.

Chinese venture capital investments in Chinese biopharma were in the millions until 2016, but 2017 was a turning point when $4bn of the total $10bn VC investments came from Chinese investors. 2018 is only half over, and China has already exceeded $5bn, according to Pitchbook. ChinaBio notes that Chinese VC firms raised $40bn in 2017, but invested only $12bn. The reserve of dry power continues to be fortified by both existing and newly emerging Chinese VC groups. Valuation of Chinese biopharma companies is rocketing up.

It is hardly surprising that lofty Chinese biotech valuations are driving Chinese investors to greener pastures. Having invested tiny sums in western biopharma until 2013, and less than $2bn a year in 2014 and 2015, Chinese VCs pumped in $5.3bn into western biotechs in 2016, and doubled down again in 2017 with $11.7bn.

This rapid growth in biopharma investing by China calls for a robust IPO listing platform. The Hong Kong Stock Exchange has obliged, creating a special category for money-losing, non-revenue-generating biotech companies, requiring the underwriting bankers to take responsibility for the quality of disclosures and scientific analysis. The resulting talent gap has caused a feeding frenzy among the major banks keen to capitalize on this new biopharma financial frontier. Hong Kong may be the most attractive base today for biopharma investment analysts, as biotechs from mainland China choose Hong Kong over other bourses for its proximity to home, comparatively less strict reporting rules, and the linkage between HKEX and domestic Shanghai stock market. (Also see "Hong Kong Ushers in 'New Era' For Bioventures As Listing Rules Eased" - Scrip, 1 May, 2018.)

Talent Flowing Back To China

A core catalyst behind this explosive progress is the regulatory change to harmonize preclinical and clinical development requirements with those in the west. Chinese FDA is nearly ready with these harmonized regulatory frameworks, and is rapidly recruiting staff to implement the regulations.  (Also see "Bigger, Bolder, SMAR: Decoding China's All-In-One Regulatory Agency" - Pink Sheet, 12 Apr, 2018.)

In parallel, basic research and human studies of new technologies are much less regulated, and are often left to the researchers, ostensibly to unshackle the industry of the barriers that have thwarted such R&D with the new tools, especially those that can fundamentally change gene function. That many new cancer drugs are not yet approved in China, or are highly priced and thus inaccessible to many, only makes it easier for Ethics Review Boards to be much less strict about the potential life-saving pathways. Yes, transitional hiccups are inevitable, but the power of centralized government is such that the lessons of any hiccups can be implemented with a swift decree – something that most western nations can only watch with envy – a striking case study of populism aimed at a specific industry.

This centralized authority enables courageous actions that are fraught with catastrophic risk if the experiments were to go terribly wrong. Some may argue that such cutting edge research could harm many, but China is focusing on the glass half-full benefits of such experiments succeeding.

Dr. Wu Shixiu is an oncologist who heads Hangzhou Cancer Hospital in China. He has been using CRISPR-Cas9 to treat cancer patients by deleting a gene that may inhibit the immune system's ability to fight the disease since at least March of 2016.

Wu did not need approval from national regulators for the trial, and his hospital review board reportedly took one afternoon to okay the trial.  "China shouldn't have been the first one to do it," Wu told The Wall Street Journal. "But there are fewer restrictions."  CRISPR makes irreversible changes in the human genome, leading many researchers in the west to focus on ethical considerations when it comes to such fundamental gene editing. Wu selects and treats cancer patients facing terminal diseases with the belief that "If we don't try, we will never know," while acknowledging the risks of the technology.

While most US researchers and institutional review boards do not advocate relaxing the US regulatory requirements, they are searching for an international consensus on ethical issues triggered by such emerging technologies, especially those that change human DNA, at least while researchers grasp the potential unintended consequences.

The challenge is to find this international consensus so that “everyone is under the same tent,” as Dr. Jeffrey Kahn, director of the Berman Institute of Bioethics at Johns Hopkins University, put it.

Such an international dialog seems to be receding while regulators await direction from a rapidly polarizing global political landscape. In the meantime, a team of researchers from University of Pennsylvania have waited for well over two years for regulatory approvals to start the first CRISPR trial to treat US cancer patients, even as China expands its application of such cutting-edge biopharma tools. As of early 2018, the US National Library of Medicine database listed nine human CRISPR studies ongoing in China. Just as China has become a leader in solar and wind energy, IT and AI, and many other frontiers, biopharma leadership does not seem to be far behind.

The Chinese marketplace also leaves the global biopharma industry on an unequal footing. A range of barriers, from the requirement of a Chinese partner for many foreign companies to enter China, to unpredictable pricing and regulatory changes, often leave non-Chinese companies on the sidelines, while the centralized, populist actions widen the gap.

If biopharma is to remain among the top 10 critical industries for the US, Europe, Japan and most of the world, just as it is for China, all the pharma-political stakeholders need to recalibrate their priorities to be prepared for the rapidly emerging populist pharma power – China.