Merck & Co's Frazier: International Business Is Only Scratching The Surface 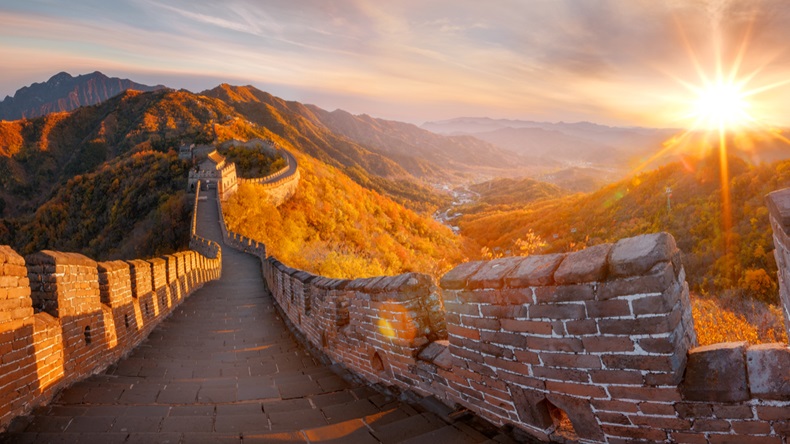 CHINA, AND OTHER INTERNATIONAL MARKETS, ARE IMPORTANT GROWTH MARKETS FOR MERCK & CO.

Merck & Co. Inc.’s sales in China grew by 58% to $275m in the 2019 first quarter, or by 67% excluding the negative impact from foreign exchange. That double-digit growth, led by newly launched products, prompted chairman and CEO Ken Frazier to highlight the beneficial effects of non-US markets on the company’s business.

“Our international business, which represented nearly 60% of our sales this quarter, has strong momentum, and we believe we have only scratched the surface, in terms of the opportunity we are now seeing in key markets, including China, where we are seeing significant growth,” Frazier commented. “We foresee a stream of additional approvals from our current portfolio of products across markets globally, and we will look to maximize those opportunities, powered by our commercial team’s proven ability to execute,” he added.

Merck reported an impressive start to 2019 financially, with CFO Robert Davis calling it “one of the company’s strongest quarters in its recent history.” Merck’s sales increased by 8% to $10.8bn in the first quarter of 2019, or by 11% excluding the negative impact of foreign exchange rates, compared with the first quarter of 2018, with the double-digit growth led by oncology, vaccines, and select hospital and specialty care products.

“In China, we are seeing strong sales of Keytruda (pembrolizumab), following its approval last year in metastatic melanoma, and we are very excited about our recent approval in China for Keytruda in first-line lung cancer,” Davis said. Chief Commercial Officer Frank Clyburn explained later in the call that Merck intended to bring additional Keytruda indications to the China market and was pivoting towards innovative rather than established products in that market.

During the first quarter, the strong demand for the HPV vaccine Gardasil/Gardasil 9 continued, with sales of more than $800m in the quarter, representing growth of more than 31%, with particularly strong uptake in China, Davis said. Sales in Merck’s hospital products business segment were led by the recently launched neuromuscular blockade reversal agent Bridion (sugammadex), whose sales grew by 30% to $255m.

He also noted that sales of Lynparza (olaparib, marketed with partner AstraZeneca PLC) doubled during the first quarter, driven by further uptake in ovarian cancer following the outcome of the SOLO-1 study (see sidebar).

The growth in oncology products led to one of the first questions asked on the analysts’ earnings call on 30 April being about whether Frazier now considered Merck to be pivoting away from being a primary care company post-Januvia, a traditional strength of Merck, to become a specialty company.

The suggestion was rejected by Frazier, who argued Merck was focused on following the science and taking advantage of the best opportunities that brings. “Currently, growth is being driven by oncology, but if you look at our pipeline, we have pneumococcal vaccines, for example, which are essentially primary care-type products, so we haven’t committed ourselves to one particular area of medicine,” Frazier commented.

The Merck exec also said following the science was one of the key drivers behind the company’s business development plans, where bolt-on deals were currently the most attractive. However, with stock markets staging a recovery since the beginning of this year, potential targets have become more fully valued, Frazier noted.

Sales were led by blockbuster Keytruda, which now represents 23.5% of Merck’s pharmaceutical sales, and whose sales rose by 55% to $2.27bn in the quarter, driven by higher first-line use in non-small cell lung cancer (NSCLC), both as monotherapy and by the roll-out of its use in combination with chemotherapy.

Although impressive, analysts suggested that Keytruda sales were below expectations in the first quarter, a view not held by CCO Clyburn. “We are seeing very good continued underlying demand for Keytruda, despite inventory movement quarter on quarter, and in particular we are seeing strong underlying demand in the lung cancer indications both in squamous and in non-squamous NSCLC. Indeed, in squamous lung cancers we are seeing our market shares exceed 75% for new patients, so we have become the standard of care in that subset of patients,” Clyburn said.

Questioned about companies in China that have checkpoint inhibitors in last-stage clinical trials, Clyburn noted that the oncology market is data-driven, and the “wall” of data that Merck has on Keytruda will differentiate it from potential competitors.

Among non-oncology products, sales of the antidiabetic Januvia/Janumet (sitagliptin) declined by 5% to $1.35bn in the 2019 first quarter, Merck reported. A US PDUFA date of 3 June 2019 has been given for the priority review of a supplemental NDA for Zerbaxa (ceftolozane/tazobactam) for the treatment of adults with nosocomial pneumonia, including ventilator-associated pneumonia caused by certain susceptible Gram-negative micro-organisms. Europe’s regulators are also reviewing the same additional indication. Also in the middle of 2019, a priority review of relebactam combined with imipenem/cilastatin for Gram-negative infections with limited or no alternative therapies has a PDUFA review date of 16 July. During the first quarter, Europe’s regulators accepted an MAA for the Ebola-Zaire vaccine candidate, V920.