Big REVEAL: Merck's Anacetrapib Surprises With Success, But What Next?

The positive top-line results for Merck & Co's cardiovascular outcomes trial for its CETP inhibitor anacetrapib may not be enough to de-risk the class, and questions remain about the level of clinical benefit and the regulatory options. 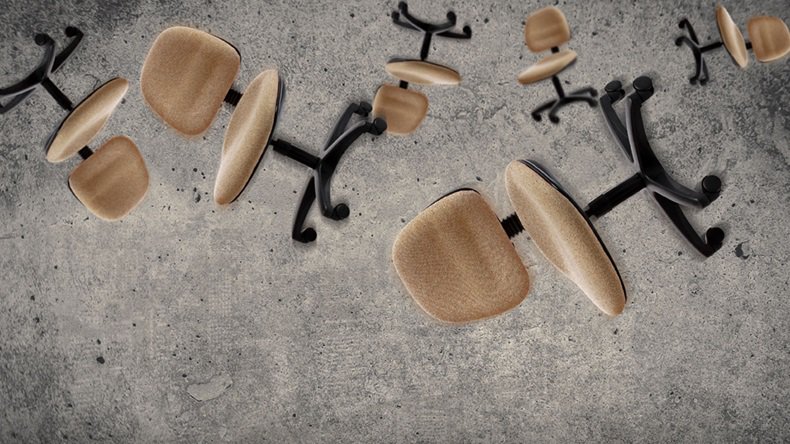 Merck & Co. Inc. may have beat the odds and breathed new life into the CETP inhibitor class with the demonstration of a cardiovascular outcomes advantage for its anacetrapib in the 30,000-patient REVEAL trial, but the company seems uncertain of its next steps.

Merck has said merely that it planned to review the REVEAL results of the trial with external experts, and would "consider whether to file new drug applications" with the FDA and other regulatory agencies.

The company announced June 27 that the CVOT study had met its primary endpoint, significantly reducing major coronary events (a composite of coronary death, myocardial infarction, and coronary revascularization) compared with placebo in patients at high risk for cardiac events who are already receiving atorvastatin.

No further details were released except that to say that so far, the drug's safety profile was generally consistent with that seen in its previous studies, including an accumulation of anacetrapib in adipose tissue. The full results of the four-year study will be presented at the European Society of Cardiology meeting on Aug. 29.

Merck's reticence to confirm regulatory plans was pounced upon by analysts. "The cryptic language in the press release suggests a less than definitive risk/reward profile of the drug," Leerink Swann's Seamus Fernandez said in a June 27 note.

Tim Anderson at Bernstein said that their best guess as to potential issues related to two things: anacetrapib's very long half-life, which means it accumulates in tissues, such as adipose tissue; and the size of its effect on heart attack rates, which they suggest may not be clinically meaningful.

"If anacetrapib ends only up looking like a weak LDL-lowerer (without any clear clinical benefit coming from the HDL raising it also causes), because of the tissue accumulation issue and the presence of generic cholesterol drugs (statins, and even Merck's own Zetia), then the company might reason that the commercial case to file for approval is a weak one," Anderson said.

Fernandez was also worried at the mention of accumulation in adipose tissue. "We believe the mention of this highlights a potential long-term regulatory concern – one that we believe would require a very robust impact on key CV events – like death – for [Merck] to file anacetrapib," he commented.

The size of the trial means both that it's enough to provide a definitive answer on anacetrapib, but also that even a small effect could be statistically significant, Fernandez pointed out. "We estimate this could be a relative risk reduction well below 10%, which we would argue is not clinically significant unless the benefit was driven almost entirely by CV death," he said. "We remain skeptical of the opportunity for anacetrapib and believe the risk of launching this drug given potential safety uncertainty around accumulation in adipose tissue may substantially outweigh the product's value."

"Overall, we get a sense that the magnitude of benefit is likely modest," Evercore ISI's Raffat said.

But Umer Raffat from Evercore ISI believes Merck should take a punt anyway. "In fact, I would argue: why not? (especially after spending hundreds of millions on this trial and meeting primary endpoint). Ultimately, there is a need for added control beyond statins … if you need modestly more benefit, you could consider Vytorin and now anacetrapib … if you need MUCH more LDL benefit, you could consider PCSK9s," he said.

Differences In the Molecules

Merck may wind up proving that slow and steady wins the race. The cholesteryl ester transfer protein class was once hailed as the natural successor to the statins, but Pfizer Inc.'s dramatic discontinuation of the first CETP inhibitor torcetrapib – and the subsequent failure of other candidates – raised huge doubts about the mechanism.

Pfizer's pioneering product torcetrapib was dropped back in 2006 after an increase in CV death despite an increase in the "protective" HDL-cholesterol with the product, but it was hoped that the problem lay with the drug molecule itself rather than with the mechanism more broadly. Other later trials also raised questions about the benefit of raising HDL, but anacetrapib – the first CETP inhibitor to show an effect on CV outcomes – also has LDL lowering effects.

Development of other CETP inhibitor candidates continued after Pfizer's failure, only for them to fall along the way – Eli Lilly & Co. ended the Phase III program for its evacetrapib in late 2015 after the 13,000-patient ACCELERATE CVOT study was stopped for futility. (Also see "Who Suffers From Lilly's Evacetrapib Failure?" - Pink Sheet, 12 Oct, 2015.) And Roche's dalcetrapib failed in the dal-OUTCOMES trial in 2012 although this product has since been acquired by DalCor Pharmaceuticals, which is hoping to find a genetic marker to keep it alive. ( (Also see "Out Of The Ashes: Roche’s Dalcetrapib Data Suggest Still Hope For CETP Inhibitor Class" - Pink Sheet, 12 Nov, 2012.) Also still in development is Amgen Inc.'s AMG-899 at the Phase II stage.

Many believed that Merck's continued development of anacetrapib would prove a costly distraction, but others were less pessimistic. "We have long maintained that the market was overly negative on the odds of anacetrapib working," Anderson declared in a June 27 note. "This is because the first two failed CETP inhibitors had no LDL effect (they only raised HDL) – by contrast, Lilly and Merck's drugs both raised HDL and lowered LDL. And Lilly's drug was studied in a much smaller, shorter trial than Merck's, and also in a slightly different patient population – this was Lilly's attempt to yield results more quickly than Merck, but the strategy backfired."

Much Remains To Be Seen

A lot will rest on the size of the benefit seen when the full data are released, and by extension the commercial upside for Merck, given that most observers had expected the trial to fail.

In this, its comparison with Vytorin's effect in IMPROVE-IT will be illustrative. While the CETP inhibitors were moving through the clinic (mostly to oblivion), Merck had success with the major CVOT trial for its older combination dyslipidemia product Vytorin (ezetimibe/simvastatin) – showing a more than 6% benefit and hitting statistical significance in the 18,000-patient study. However, the data did not convince the FDA to add the CV risk reduction claim to its label. (Also see "FDA’s Zetia/Vytorin Rejection Leaves Cholesterol Drug Sponsors In Limbo" - Pink Sheet, 16 Feb, 2016.) Although sales for the Zetia/Vytorin franchise have slackened recently, revenues for 2016 still hit $3.7bn.

Raffat points out that while REVEAL was powered to show a 15% relative risk reduction, the fact that it has met its primary endpoint does not mean that it was as effective as this. "REVEAL is an even bigger trial [than IMPROVE-IT] … so perhaps it could have hit [statistical significance] at as low as about 5% potentially," Raffat said. "Overall, we get a sense that the magnitude of benefit is likely modest … perhaps in single digits."