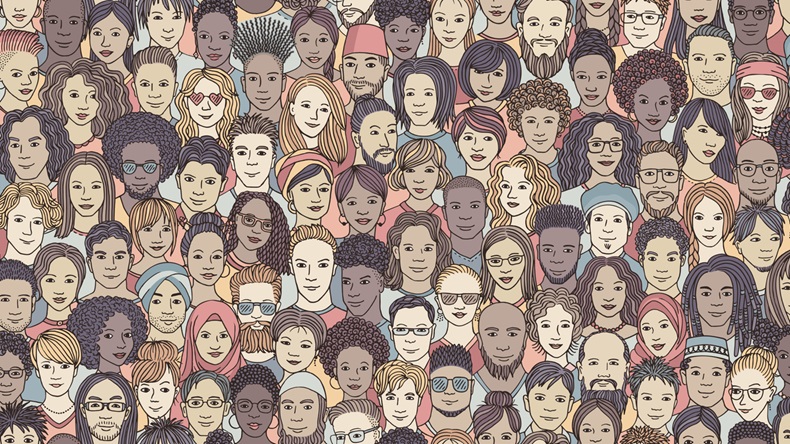 Merck & Co. Inc. CEO Ken Frazier’s remarks about the racial unrest currently seizing the United States offer something of a roadmap for how businesses can help address the underlying problems, but also underscore just how challenging making fundamental changes will be.

In an interview with the cable channel CNBC on 1 June, Frazier spoke in personal terms about George Floyd, who died after a Minneapolis police officer knelt on his neck while he was handcuffed on the ground. “What the African-American community sees in that videotape is that this African-American man, who could be me or any other African-American man, is being treated as less than human,” Frazier said.

Frazier cited several of the other African Americans whose deaths during interactions with police have prompted protests as the increasing prevalence of cell and bodycam footage has helped fuel efforts for accountability.

Given that American society has felt increasing fractured in recent years, business in fact may offer the best opportunity for progress, Frazier said. “You could actually argue that the workplace is the last place in America besides the military, and maybe sports, where people can't choose who they associate with. So we as business leaders can step up and solve many of these economic problems for people.”

Businesses “have to use every instrument at their disposal to reduce these barriers that exist. … Even though we don't have laws that separate people on the basis of race anymore, we still have customs, we still have beliefs, we still have policies. We have practices that lead to inequity,” Frazier said.

“And I think we all know that in good times when the community is quiet, we can ignore it. We can go about doing what we believe is in our economic self-interest. But in the long run what's in our enlightened economic self-interest is that for all Americans to feel like they are participants in our economy. …  I'll just say, joblessness leads to hopelessness. Hopelessness leads to what we see in the streets.”

“Fundamentally, what business can do – whether you want to call it reparations or not – I think we can step up to address in today's world the continuing results of years and years of racial prejudice in this country.”


The Pitfalls Of Politics

Frazier is under no illusions about an actual formal reparations program being enacted into law. “I don't believe we'll be able to get anything like that through our political system. That's why I come back to the fact that leaders in the business community can be a unifying force. They can be a source of opportunity, they can be a source of understanding.”

“What we have to guard against is that when the streets quiet down, when the vandalism stops … a lot of people are going to go back to their normal lives,” Frazier said.

But Frazier’s diagnosis of the political difficulties highlights why it may be hard for businesses to be the change agents that Frazier hopes they can be. Regardless of how many internships Merck offers, or elementary school science programs Genentech Inc. funds, the scope of the problem is simply going to be beyond the capacity of any one company.

And while having a corporate culture with strong social values can help firms attract and retain talented employees, the corporation ultimately answers to its shareholders, not society. Government is the institution that defines what shareholders can expect, and government is molded by politics.

Even during the interview, Frazier acknowledged the limits of action by individual firms. Co-host Andrew Ross Sorkin noted that “companies lobby for lots of different things” and asked if the societal change Frazier is pushing should be one of them, “and if so, how to do that in such a polarized world?”

Frazier demurred. “We have the Business Roundtable, we have other organizations,” he said. Before the pandemic, there were a great many unfilled jobs while at the same time there were many people without the skills to fill them – which is something businesses can collectively take note of and do something about. “Why don't we as a society, including through government programs, focus on those people” and train them?

Frazier is unafraid of a political fight, though. In 2017, he quit President Trump’s American Jobs Advisory Council after the President’s controversial response to a white supremacist rally in Charlottesville, VA, prompting Trump to criticize Merck and industry drug pricing practices. (Also see "Industry In The Middle: Merck's Frazier Takes A Stand, Trump Tweets Back" - Scrip, 14 Aug, 2017.)

Noting the looting that has accompanied the demonstrations in some areas, Frazier said, “There are a few cynical people in the protests, who are saying, Let me do what's in my self interest. ... I just think we have to ask ourselves, Are they the only people in our society who simply say, Let me maximize my self-interest at the expense of others and at the expense of the common good?”

The varying standards for different kinds of rapaciousness has also caught the attention of the satirical newspaper The Onion, which offered the headline “Protestors Criticized For Looting Businesses Without Forming Private Equity Firm First.”

A gap between how the haves and the have-nots are able to address any given situation is even evident in the differences in the anti-racism statements put out by various-sized pharma firms. While Genentech was able to cite its scholarships, and Amgen found an inspiring quote from Martin Luther King, Alnylam Pharmaceuticals Inc. offered “Enough is enough, and change is urgently needed.”

And Frazier himself has the opportunity to share his views with a national TV audience because he’s the CEO of a large corporation. He’s likely comfortable expounding on political topics because he enjoys the strong support of his board, which undid a company rule about mandatory retirement age to keep him on.


Why Frazier Was There

Frazier’s message resonates not just because of his personal story, but because Merck has often seemed to see itself as firm that doesn’t work in strictly in its self interest, from the firm’s considered approach to COVID-19 product development earlier this year to the withdrawal of the blockbuster painkiller Vioxx in 2004 – a decision that triggered a cascade of events that lead eventually to Frazier’s appointment as CEO in 2011.

For his part, Frazier credits the fact he gets “to sit on CNBC and have this conversation” to “one fundamental reason. … When I was growing up in the inner city of Philadelphia, social engineers … decided to take a few inner-city black kids, put them on a bus, make them ride 90 minutes to different schools to get a rigorous education.”

Frazier noted that there were nine African Americans in his school of 1,400 students. The peer group he is in now is only slightly more diverse: he’s one of just four African-American CEOs of a Fortune 500 company.

“I know for sure that what put my life on a different trajectory was that someone intervened to give me an opportunity to close that opportunity gap” and attend a high-quality school, Fazier said. “And that opportunity gap is still there. We're not asking people to give everybody handouts, but we need to acknowledge that there are huge opportunity gaps that are still existing in this country.”

Frazier concluded the interview by noting, “We are now facing two storms in this country, the pandemic and civil unrest. Those storms won't be here forever, they will pass. And then the question is, are we going to rebuild this country together? Are we going to go our separate ways, again, as we have in the past? The fact of the matter is, no one of us can rebuild this great country. And the good news is none of us has to do it on our own. Together, we could actually make this the country that stands for the ideals that have always been behind it.”

Frazier’s widely praised performance might leave one hoping that he might actually take that retirement and work on social change full time. Unless you’re a Merck shareholder.