MIG Capital: BioNTech Has Transformed Global View Of German Biotech 'But We Don’t Walk On Water’ 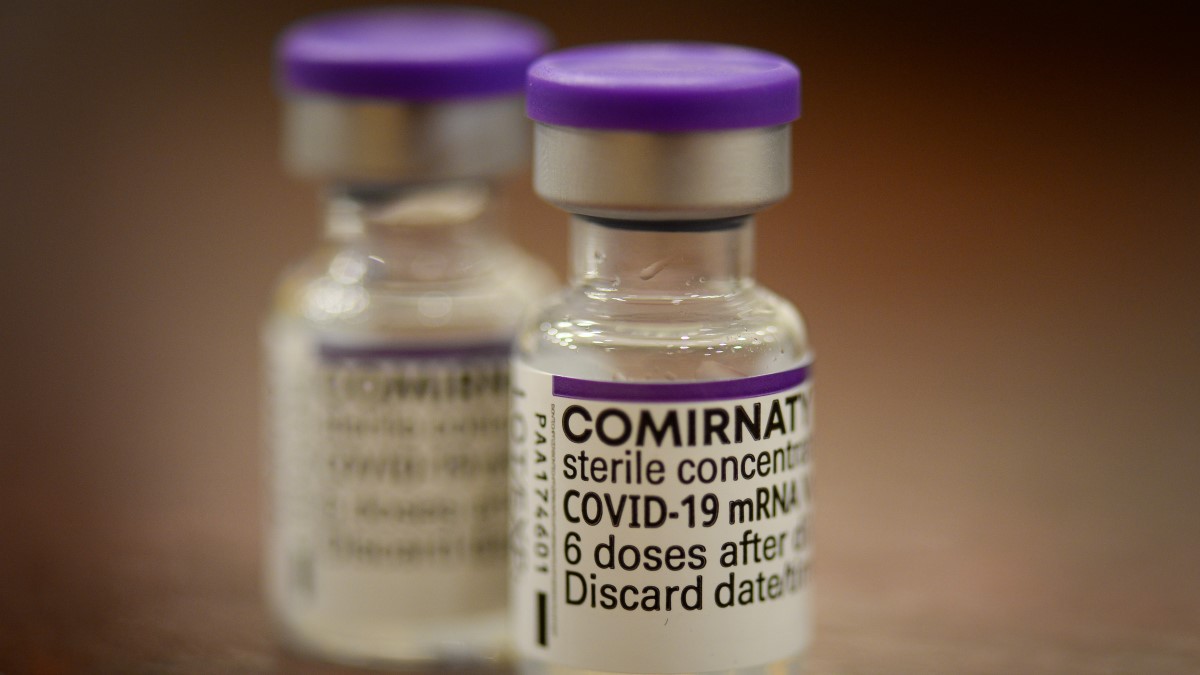 BioNTech and Pfizer's COVID-19 vaccine Comirnaty has transformed the company's fortunes - and the image of the whole German biotech sector. Credit: Getty Images

This year has seen Germany’s BioNTech achieve a truly remarkable feat of working with Pfizer to bring more than two billion doses of their mRNA-based COVID-19 vaccine to the world,  saving millions from hospitalization or death and altering the course of the still-ongoing pandemic.

The companies priced Comirnaty at around $20 per shot in developed nations and its safety,efficacy and availability at scale have allowed them to reap the commercial rewards, expected to earn Pfizer $36bn and BioNTech €17bn ($19.7bn) this year.

For BioNTech and Pfizer, the fight against SARS-CoV2 is far from over due to the emergence of the Omicron variant. They expect their updated jab against the new variant to be ready in early 2022, which should once again demonstrate the adaptability and speed of BioNTech’s mRNA platform.

But for one of the company’s most important and longest-term investors – German venture capital group MIG Capital AG – 2021 was the year to check out from its holding in the companyand reap the rewards for its own investors.

Matthias Kromayer is head of MIG’s life science investment division, and he and his colleagues saw the potential of BioNTech back in 2008, investing at its launch. They, along with other investors led by the family office of Andreas and Thomas Strüngmann, saw the potential of BioNTech and its promising but still very much unproven mRNA technology.

MIG’s initial investment was €13.5m, but the value of this seed investment has grown in line with BioNTech’s soaring market capitalization. That now stands at $62.8bn, more than twenty times its valuation of $3.4bn when the company debuted on the NASDAQ  in October 2019.

That astonishing rise allowed MIG to sell off its stake in BioNTech in tranches and complete its exit by October 2021, returning over €750m to investors – a huge 55-fold return on that initial investment, and the Munich-based VC's biggest ever payout to investors.

Looking back on the success, Kromayer said huge credit should go to BioNTech’s husband and wife team, CEO Uğur Şahin and chief medical officer Özlem Türeci, whom he first met when they were running their first biotech venture, Ganymed Pharmaceuticals.

He saw the scientist-entrepreneurs learn from that first outing and believed in their ability to realize their ambitious scientific vision, which encompasses a wide range of new technologies.

“It wasn't luck, it was being prepared. Uğur always thinks in terms of the outcome, the destination,” Kromayer told Scrip.

“Over the past 12 years or so, he had assembled an array of technologies that are the most powerful in each field. People mistake BioNTech as a pure biotech company, but it's much more, it's a big data company, a next-generation sequencing company, an AI and automation company.”

BioNTech had already been working with Pfizer on an mRNA vaccine against flu since 2018 and was able to switch the research program onto the emerging viral threat.

“The moment he read about the new virus coming from China in January 2020, Uğur knew the company needed to step up and was well prepared to take on the challenge.“

A New Era For German Biotech

Kromayer is certain that BioNTech’s transformation has also brought about a sea change in attitudes about the value of the biotech sector in Germany, Switzerland and Austria and across Europe. Where once the general public and politicians were wary of the riskiness of the science and even suspicious of its profit motive, he believes this has changed for ever, with family office and institutional investors also now increasingly ready to back start-ups in the sector.

He added that the well-established high failure rate in biopharma R&D of just one in 10 clinical drug candidates making it to market can be improved upon, and politicians, industrial leaders and the broader public now better understand those risks.

Perhaps inevitably, the apparently ‘overnight success’ of BioNTech and its US mRNA vaccine counterpart Moderna has led some to believe that biotech is a short cut to riches and that VCs can perform miracles. This has produced a surge of interest in Germany from the US, China, and across Europe.

“There is a lot more belief and somewhat more capital,” said . “But I can tell you that some people believe we can walk on water! This is crazy. And we receive an awful lot of business plans because of our success.”

Nevertheless, MIG knows that making the right investment in the right opportunity at the right time requires a sober, targeted approach. That requires plenty of time invested in due diligence around the science, strategy and management team.

Kromayer said a good investment is “like a pregnancy, it takes around nine months typically,” which means much of MIG’s 2022 will be focused on completing deals begun in 2021.

The Next Research Frontier: Parkinson’s And Alzheimer’s Disease

In July, Kromayer and his colleagues played a key role in helping neuroscience-focused AC Immune strike a deal with Vienna, Austria-based Affiris, in whom MIG was a founding investor.

MIG are among investors who believe that the US approval of Biogen’s Aduhelm (aducanumab) – while deeply flawed – could nevertheless spark real progress across neurodegeneration.

The VC team also believes that the secret to disease modification might just be cracked sooner in Parkinson's disease than in Alzheimer’s. Parkinson’s is causally linked to pathological aggregation and deposition of a-syn, a drug target that has been validated in clinical studies using monoclonal antibodies. ACI-7104 is a vaccine designed to generate a target-specific antibody response against pathological oligomeric a-syn. (AC Immune Beefs Up Neurodegenerative Pipeline With AFFiRiS Alpha-Synuclein Portfolio)

Kromayer and Michael Motschmann, general partner of MIG, spotted an opportunity for a deal to be done and acted as matchmakers between the two biotechs, believing that the assets would be better exploited by AC Immune and would slot into its broad portfolio of neuroscience candidates.

That leaves MIG and other investors now holding a stake in AC Immune, with the company due to produce some pivotal readouts from its pipeline over the next 12-24 months.

“If you target the right species of oligomeric beta protein [such as alpha-synuclein] then this is the right approach and should be a signal for the pharmaceutical community to make further investments in the field and in new modalities. Because monoclonal antibodies can't really be the right tool for a chronic degenerative disease that progresses over decades.”

Another of MIG’s key investments is in Immatics, a Tübingen, Germany-based biotech developing its own TCR-engineered cell therapies.

The company floated on the NASDAQ in 2020 via a $250m SPAC, the ‘blank check’ company route which has blossomed in popularity over the last two years.

Asked about the emergence of SPACs as a vehicle for emerging biotechs to raise capital and reach the markets, Kromayer calls them a ‘double-edged sword.’

“On one hand, it can be a perfect fit, because it allows the company to really plan its IPO and reduce risk compared to a traditional IPO. In those, your book building can go wrong at the eleventh hour, and that's very bad news for a long-term investor.”

SPACs also provide very focused investors, who are easy to access, making these relationships easier to manage than the traditional route.

But Matthias points out that SPACs have warrant holding investors who have the right to buy future shares at a predetermined price, typically around $11 to $12. That means if the company enjoys a share price rise, these investors can buy stock at the fixed low price, which then triggers a decline in share price.

This has been the case for many biotech SPAC companies, including Immatics, adding volatility to the period after the SPAC IPO that only ends once the share price breaks through a pre-determined ceiling price.

“If you are an investor like me, a SPAC is good even though it's very complicated,” explains Matthias. “You can spend $100,000s on lawyers, but maybe it’s worth it. I like it from an investor perspective but for management, it's quite tedious in the first year after the deal.”

Returning to BioNTech’s global success and its impact on attitudes to biotech investment, Kromayer is upbeat about how it can spur greater investment in the next generation of breakthroughs.

MIG is interested in a number of emerging fields, including the hotly-contested therapy area of immuno-oncology, where it has recently invested in, as well as areas  such as the microbiome, digital therapeutics and longevity. (Investors Back iOmxs Focus On Tumor Immune Evasion)

Crucial to funding these next-generation companies in Germany and beyond will be new support from the country’s asset managers, who have traditionally steered clear of  private equity and VC investors.

He sees a change in attitude among pension funds in Germany, which could help it close the gap on funding levels seen in the US, which has made its biotech sector so dynamic.

And key to this is undoubtedly the hard-won success of Uğur Şahin and colleagues at BioNTech, which is now becoming a fully integrated biopharmaceutical company.

“People will see these role models and say, ‘if they can do it, we can also do it’,” concluded Kromayer.

“We should spend a lot of time telling people how they did it and look at the pitfalls and mistakes you can make. But it’s a great signal for companies maybe 10 years away from that breakthrough moment. They know it’s feasible and that their fate doesn't have to involve selling up to a corporation after Phase II, which has been the case for so many biotechs in the past.”