An 'imperfect biomarker' – that's how a New England Journal of Medicine editorial describes the eosinophil count used in METREX and METREO studies.

GlaxoSmithKline PLC is set to file its first-in-class IL-5 inhibiting antibody Nucala (mepolizumab) for chronic obstructive pulmonary disease (COPD) in 2017, despite mixed results in two Phase III trials, including a missed primary endpoint in one study and no significant improvement in clinical outcomes – such as hospitalization rates – in either trial. 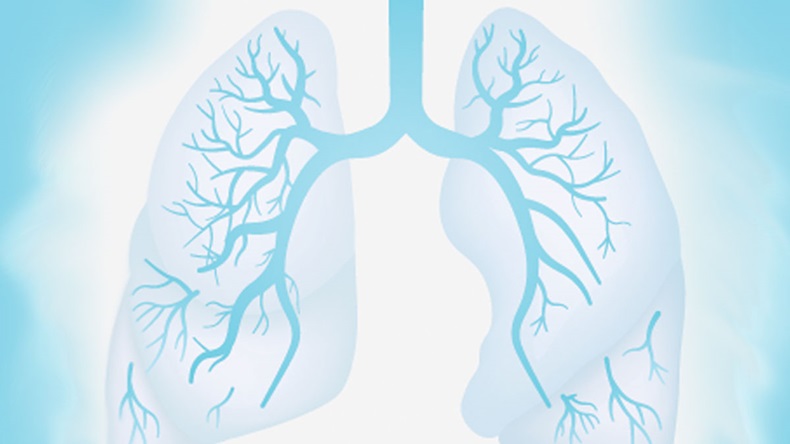 Mepolizumab targets the signaling protein interleukin-5 in order to reduce the level of blood eosinophils, which can cause inflammation, but also protect the body against infection.

The US FDA approved Nucala in November 2015 as an add-on treatment for adults and adolescents with severe asthma with an eosinophilic phenotype. An estimated 3% of the 25 million asthma patients in the US have eosinophilic inflammation and the identification of better performance in patients with this biomarker saved the drug in this indication, after failure in a broader population. (Also see "NICE Gives Nucala Initial OK In Severe Asthma After GSK Offers Price Cut" - Pink Sheet, 1 Dec, 2016.)

However, FDA noted at the time of the asthma approval that the eosinophil biomarker was "challenging." (See sidebar.) Regardless, GlaxoSmithKline also has been exploring the use of the drug in patients with COPD and high blood eosinophil levels.

Full results from the large Phase III METREX and METREO studies of mepolizumab as an add-on therapy to standard-of-care treatment in COPD as well as a pre-specified meta-analysis were presented at the European Respiratory Society International Congress 2017 in Milan on Sept. 12 and published the same day in the New England Journal of Medicine. This followed a top-line release in May.

Both trials tested the drug as an add-on to triple therapy with an inhaled corticosteroid, a long-acting beta agonist and a long-acting muscarinic antagonist, but each study had somewhat different designs for evaluating the effect on patients with high blood eosinophil counts, defined as >150 cells/µL at study entry or >300 cells/µL at any point in the prior year.

Nucala met the primary endpoint in METREX, significantly reducing the frequency of exacerbations by 18% after multiplicity adjustment (p=0.036), while those who did not have higher eosinophil counts did not benefit from treatment.

The impact on clinical outcomes was also disappointing.

"There were no significant differences between mepolizumab and placebo in either study on the remaining secondary endpoints: annual rate of exacerbations requiring emergency department visit and/or hospitalization, St. George’s Respiratory Questionnaire score and COPD assessment test score," GSK reported.

A pre-specified analysis showed that "rates of exacerbation reduction increased as blood eosinophil counts increased, signifying the relevance of blood eosinophils as a biomarker to help identify COPD patients most likely to respond to treatment with mepolizumab," the company said.

In both trials, the drug's safety profile was similar to placebo. "No new safety concerns to the known safety profile of mepolizumab were identified on review of the data from these studies," GSK reported.

At the time of the top-line release, Biomedtracker analysts flagged the discrepancy between the results of the two studies as a potential regulatory issue and suggested a new trial may be needed. Furthermore, the efficacy in the METREX study, while statistically significant, was modest at 20%, the analysts said.

There are also commercial challenges. In asthma, where the drug demonstrated a much larger reduction in exacerbations in those with higher eosinophil counts (50%), the drug has come under fire for its high cost.

The Institute for Clinical and Economic Review (ICER), a US nonprofit that advises payers on value, determined that the drug's launch price – a wholesale acquisition cost (WAC) of $32,500 per year of use – would need to be discounted by at least 63% to be considered cost-effective. (Also see "GSK's Nucala Is Significantly Overpriced, ICER Draft Report Finds" - Pink Sheet, 30 Dec, 2015.)

Reporting results in the NEJM, University of Oxford's Ian Pavord and colleagues concluded that the use of mepolizumab directed by blood eosinophil counts "might represent a precision medicine approach to the management of COPD in selected patients who continue to have exacerbations despite inhaled glucocorticoid-based triple maintenance therapy."

"These trials are important because we have identified a potential biomarker that may allow specific targeting of a subpopulation of patients with COPD in order to achieve a meaningful therapeutic effect," said Pavord.

The study article acknowledges, however, that performance characteristics of blood eosinophil counts as a biomarker for identifying patients with COPD who continue to have exacerbations despite already receiving maximal treatment have not been "fully characterized."

In an NEJM editorial accompanying the data, the University of Melbourne's Christine McDonald noted that COPD guidelines currently advise a one-size fits all approach to the treatment of "patients with differing clinical features of COPD," but that there has been interest in stratifying patients by different phenotypes. Up to 40% of COPD patients have persistent eosinophilia and these patients have a higher risk of exacerbations, she noted.

However, METREX and METREO raise questions about the role of elevated eosinophil as a biomarker.

"The results of the current trials indicate that a subgroup of patients with COPD may benefit from biologic therapies, but I think that blood eosinophil count is an imperfect biomarker and that other disease factors confound the eosinophil signal, even in carefully selected subgroups," McDonald said.

Genetic and environmental factors, such as the intensity and duration of smoking or allergy and atrophy, may "play a considerably more important role in COPD than had previously been anticipated," McDonald explained.

"What is clear is that these trials should promote further prospective studies aimed at clarifying the role of eosinophils in COPD. They should also encourage the development of new strategies for further stratifying patients, as an alternative to focusing solely on eosinophils," McDonald said.