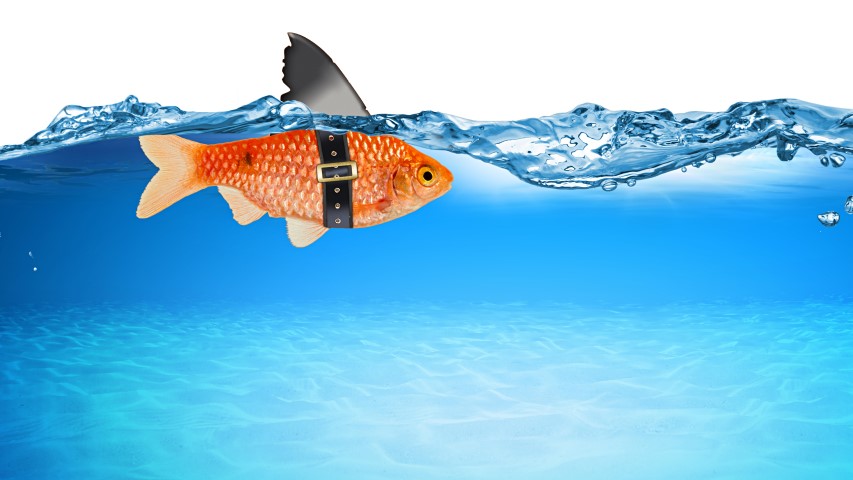 Innovation Is Essential To Growth And Survival(Source:Alamy)

Wikipedia defines scientific temper as "a modest open-minded temper…ever ready to welcome new light, new knowledge, new experiments, even when their results are unfavorable to preconceived opinions and long-cherished theories."

It's important for innovators to realize that conventional wisdom is not always correct. The Massachusetts Institute of Technology (MIT) professor, who has over 1,000 global patents issued or pending and technology licensed or sub-licensed to over 300 companies, should know.

After a doctorate in 1974, the chemical engineer turned down offers from the oil industry for postdoctoral work at Boston Children's Hospital with a surgeon, Judah Folkman. When he arrived, Folkman was trying to isolate compounds to impede angiogenesis, or the development of blood vessels, with the objective of slowing down the growth of tumors.

At Folkman’s behest, Langer set to work inventing a bioassay, developing a delivery system to deliver  angiogenic-inhibiting molecules. Since those molecules were very large, he was told they couldn't diffuse through solid materials “any more than we could walk through a brick wall.” Experimenting with different materials and designs, he found over 200 different ways “to get this to not work.”

Eventually though, Langer was able to make microspheres or nanospheres and, in a paper in the journal Nature, Folkman and Langer showed for the first time that even nucleic acids could be released. Their path-breaking discovery led to the development of a new class of drugs called angiogenesis inhibitors, founding an entirely new field of research and medical applications.

At 27, when Langer presented this work at a scientific meeting, “I thought I did okay…[and] older scientists would want to encourage me but that was not the case."

"When I got done [presenting a paper], a whole bunch of them [scientists] came up to me and said, 'we don't believe what you just said' and things went downhill from there." - Robert Langer, Moderna Co-founder, MIT Professor

His first nine grants rejected, he began applying for positions in chemical engineering departments but “no department in the world would offer me a position.” At an MIT faculty dinner, when a senior scientist heard Langer’s concept for drug delivery, he "blew a cloud of smoke in my face and said you better start looking for another job. But I just kept trying.”

Finally, a bioassay showed the desired results, with Folkman and Langer publishing their findings in Science magazine. “I wrote in Science in 1976 - 45 years ago – and it still took another 28 years from this paper before the first blood vessel inhibitor was approved by FDA [US Food and Drug Administration].”

Look For A Big Impact, Never Give Up

Langer, who now oversees one of MIT’s largest laboratories and has helped found over two dozen technology startups, urged listeners at the virtual IPA conference to “do things that will have a very big impact on the world as opposed to just incremental research.”

Following the narration of more travails during his scientific journey, he said “if your idea is important, you can expect lots of criticism, I've certainly had that. And I think everybody who's done science in a significant way or invented things, they'll get a lot of criticism. And that's unfortunate but that's just the way the world works.”

However, it’s important to “almost never give up” unless the process has taken “many, many years or there's some other non-scientific reason” to let go of an idea.

Citing the example of nanoparticles, he added that if an invention or discovery presents a platform “that can be used for many things,” he wouldn’t capitulate. “If we didn't have the nanoparticles, you wouldn't have the COVID-19 vaccines that have been key to Moderna and other companies.”

Several decades of work have gone into making messenger RNA the successful technology it is today. Hungarian-born scientist Katalin Karikó and her collaborator Dr Drew Weismann are now credited with developing a solution to safely deliver synthetic mRNA into the body minus an aggravated immune response. But like Langer, Kariko couldn’t get research grants and spent the 1990s collecting rejections.

Rossi approached Langer and Noubar Afeyan, founder of venture capital firm Flagship Ventures. Together with Kenneth Chien, they formed what was then ModeRNA Therapeutics. Meanwhile, BioNTech worked with Pfizer Inc. to develop the first COVID-19 vaccine.

“In my experience exposure to very different disciplines really stretches you. For example, I'm a chemical engineer but I work in a surgery lab, in a hospital, and I was the only engineer there. I got exposed to things that I didn't even think or know about but I could see, by talking to the medical doctors who were there, that you could solve different problems using engineering and chemistry that hadn't really been done very much before,” Langer pointed out.

The Koch Institute at MIT where he works has one building with biologists, material scientists, “all kinds” of medical doctors and seven different types of engineers like chemical and mechanical engineers and “I think that that helps everybody take risks.” (Leading From The Lab MITs Robert Langer On The Converging Science Of Drugs Devices And Delivery)

MIT does a great deal to foster innovation via good role models, an Undergraduate Research Opportunity Program, a technology transfer office which “most people would consider the best in the world” and an industrial liaison program that has ties to “hundreds” of companies, he observed.

Langer and his team of coworkers and students have developed multiple solutions. A biodegradable polymer that could be seeded with living cells to grow new tissue was invented, laying the ground for tissue engineering with several applications, including creating artificial skin for burn victims.

Alnylam Pharmaceuticals Inc. tied up with the team to develop the first US FDA-approved RNA interference treatment Onpattro (patisiran) for polyneuropathy of hereditary transthyretin-mediated amyloidosis in adults. Similarly, Langer’s team worked with Novo Nordisk A/S to come up with a way to deliver insulin orally through pills.

Clearly, a culture of innovation has thrived under Langer and his over 200 major awards, including the Dreyfus Prize for Chemistry, the US National Medal of Science and the National Medal of Technology and Innovation, are testimony that perseverance pays.