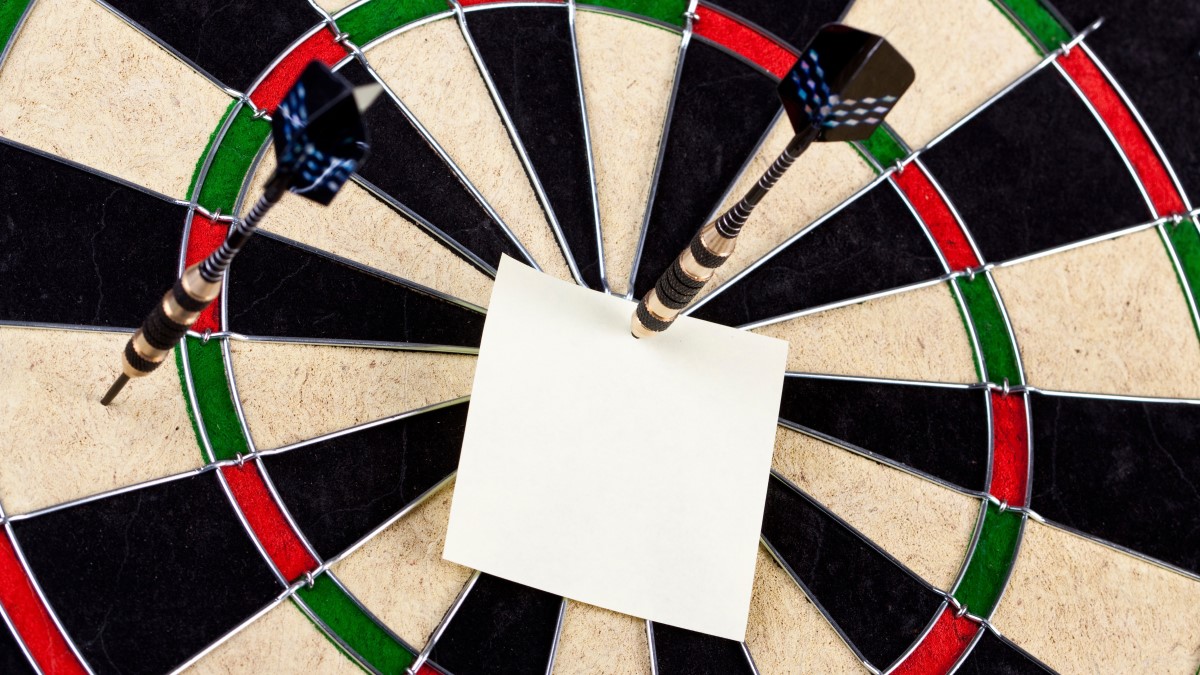 Moderna's vaccine booster trial hit the target on one immunogenicity endpoint but missed on the other.(Source:Alamy)

The failure of Moderna, Inc.’s COVID-19 vaccine booster study to hit one of two immunogenicity endpoints could give a US Food and Drug Administration advisory committee pause in recommending emergency use authorization for the additional dose in at-risk populations.

In briefing documents released ahead of a 14 October meeting of the Vaccines and Related Biological Products Advisory Committee, the FDA said that Moderna’s mRNA vaccine met the success criteria for one immunogenicity endpoint – geometric mean of the neutralizing antibody titers measured 28 days after a single 50 mcg booster dose compared with corresponding measures following the two-dose primary series.

However, the booster failed to meet the prespecified immunobridging success criteria for the second endpoint – seroresponse rate against SARS-CoV-2 28 days after booster compared to corresponding responses after the primary vaccination series.

The FDA’s briefing document does not opine on the review division’s views about the failure to meet the second endpoint other than to cite a post hoc analysis suggesting that those with lower pre-boost titers were more likely to be seroresponders.

Nevertheless, it leaves open the question of whether the advisory committee and agency will consider the booster’s efficacy to have been successfully bridged to that of the original primary series.

“Immune responses to a single booster dose of 50 μg mRNA-1273 would be considered successfully bridged to that of the two-dose primary series of 100 μg of mRNA-1273 if each of the immunobridging criteria above were met,” the briefing document states.

The agency also offers little in the way of interpretation of an exploratory descriptive analysis by Moderna aimed at inferring effectiveness of a booster dose against the Delta variant.

The FDA’s review raises no major safety concerns about authorization of a booster dose, noting adverse reactions generally were in line with what was reported in the Phase III trial that supported the vaccine’s original EUA.

Moderna is seeking an EUA amendment for use of a 50 mcg booster dose of mRNA-1273 at least six months after completion of the primary series in certain populations. (See box.)

Moderna’s target population mirrors that of the recent EUA amendment for Pfizer Inc./BioNTech SE’s Comirnaty (BNT162b2). (Pfizer Booster Dose Authorization From US FDA Has Age Caveat At-Risk Populations 18 And Up)

The FDA’s mid-September authorization of a Pfizer booster dose in select populations, and the subsequent endorsement by the Centers for Disease Control and Prevention, came amid a tumultuous series of events that included:

The debate over the Pfizer/BioNTech vaccine booster further increased pressure on the FDA and CDC to come up with a plan for boosting in those individuals who received either Moderna’s two-dose mRNA vaccine or Janssen Biotech Inc.’s one-dose adenovirus vaccine as the primary series. (One Down Two To Go PfizerBioNTech Booster Decision Creates Pressure For More Extra Shot Authorizations)

The VRBPAC will take up the data on Moderna’s booster on 14 October, followed by consideration of booster data for Janssen’s vaccine on 15 October. (See sidebar.)

The latter meeting will also feature a presentation on heterologous “mix and match” boosting data from a National Institutes of Health study. (Mix and Match COVID Boosters Time Crunch For Data Review May Mean No Advisory Committee Vote)

One key point of differentiation between the Pfizer/BioNTech and Moderna boosters is the dose.

In its briefing document for the meeting, Moderna said its goal was to use the optimal effective dose for boosting, and both the 50 mcg and 100 mcg vaccine doses were evaluated.

“Reducing the booster dose to 50 μg would result in a substantial increase in the world-wide vaccine supply of mRNA-1273.” – Moderna

“Both doses induced at least a 66-fold rise from pre-dose 1 antibody titers,” Moderna’s briefing document states. “It was postulated that a 50 μg booster dose would be effective in quickly activating immune memory recall responses.” The trend toward lower reactogenicity observed for the 50 μg dose in a Phase II trial also supported this selection, the company said.

“Lower doses of antigen have been shown to be safe and immunogenic for other booster vaccines, such as diphtheria,” Moderna said. “Reducing the booster dose to 50 μg would result in a substantial increase in the world-wide vaccine supply of mRNA-1273.”

Moderna’s EUA amendment request includes clinical data evaluating the safety and effectiveness of a booster given at least six months after a two-dose 100 mcg mRNA-1273 primary series to 171 participants ages 18 years and older in Study P201B, which is the open-label portion of an ongoing Phase II trial.

Vaccine effectiveness of a booster dose is being inferred by immunobridging based on a comparison of immunogenicity endpoints between P201B booster dose recipients and a random subset of 1,055 recipients of the primary series in Moderna’s Phase III efficacy trial (P301).

“Because no specific neutralizing antibody titer has been established to predict protection against COVID-19, two immunogenicity endpoints (geometric least squares mean titer and seroresponse rate) are considered appropriate for comparing the range of neutralizing antibody responses elicited by a booster dose vs. after completion of the primary series,” the FDA said.

Among Study P201B participants, GMTs against the Delta strain rose 16-22-fold one month after the booster dose compared with pre-booster baseline levels, with seroresponse rates of 87.5% in the 18-<65 year-old population and 94.6% in those 65 and older, according to data in the FDA briefing document.

There were 38 cases of COVID-19 infection following booster vaccination among 171 participants in P201 through the data cutoff for the EUA amendment. “Due to limitations in study design (no control group, exploratory COVID-19 endpoint, lack of case definitions, lack of systematic collection of COVID-19 symptoms, and differences in transmission rates in Part A vs Part B of study P201), no inferences can be made based on these data from P201 Part B,” the FDA said.

The agency also discusses evidence of the Moderna vaccine’s waning effectiveness during the Delta variant surge.

At the FDA’s request, Moderna performed post hoc analyses of protocol-specified COVID-19 cases among recipients of the two-dose primary series in P301 that accrued from 1 July to 27 August. The analysis compared rates of disease among participants who completed the two-dose primary series early in the Phase III study to those originally randomized to placebo and later crossed-over to Moderna vaccine.

“An additional analysis appears to indicate that incidence of COVID-19 generally increased in each group of study participants with increasing time post-dose two at the start of the analysis period,” the FDA said.

There were 19 severe COVID-19 cases reported during the analysis period, 13 of which occurred among study participants who were originally randomized to the Moderna vaccine (6.2 per 1,000 person-years) and six of which occurred among those originally randomized to placebo (3.3 per 1,000 person-years). “Overall, 15 of these 19 cases occurred among adults who were ≥65 years of age and/or had a risk factor for severe COVID-19 (i.e., chronic lung disease, significant cardiac disease, liver disease, severe obesity, diabetes),” the agency said.

In adults ages 18-64 years old, solicited safety data showed no evidence of increased frequency or severity of local or systemic reactions after the booster dose relative to the second dose of the primary series, with the exception of lymphadenopathy.

The rate of lymphadenopathy, mostly mild in severity and transient, was higher after the booster dose compared to the primary series (24.8% vs. 11.6%). “Among the participants who received both the second 100 μg primary series dose and the 50 μg booster dose, the estimated risk ratio was 2.3 (95% CI 1.7, 3.2), and the estimated risk difference was 13.8% (5.0%, 22.7%) when accounting for the correlation between doses for each participant,” the FDA said.

Among 18-64 year-old booster dose recipients, the most frequent systemic adverse reactions were fatigue, headache, myalgia, arthralgia and chills. Severe reactions following booster were uncommon (0-3.1%) and were generally reported by a numerically lower proportion of participants compared with after the second dose in the primary series. The FDA saw no notable trends or differences in the overall frequency of systemic reactions post-booster compared to after the second primary series dose.

In the 65-and-older group, systemic reactions were generally reported by a lower proportion of participants compared to the 18-64 group.

Rates of myalgia and arthralgia were numerically higher after booster among those 65 and older compared to after the primary series second dose. However, these post-booster dose rates were similar to the frequencies reported following the second dose in the Phase III trial.

The FDA said it agreed with investigators’ assessment that individual adverse events of Bell’s palsy, pericarditis, angina, deep femoral vein thrombosis and pulmonary embolism were not related to the booster vaccination for various reasons. These include: lack of temporal relationship; lack of consistency with the risk period or characteristics identified during post-authorization use of the Moderna vaccine; or identification of a more likely alternative etiology.