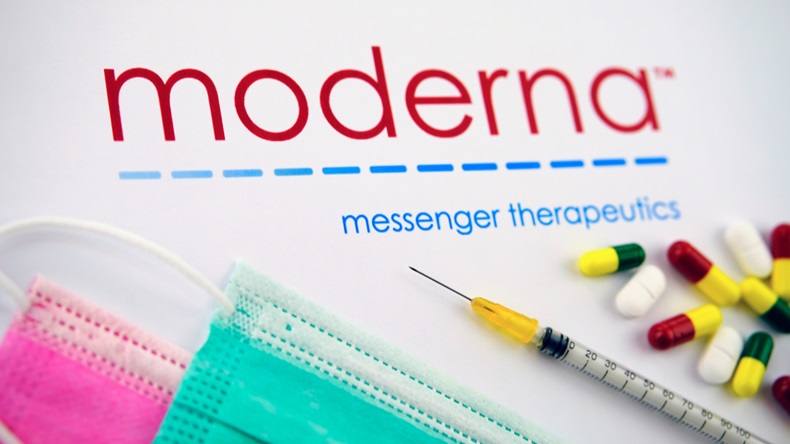 Moderna Inc. has reported the first interim data of its COVID-19 vaccine in humans, with eight volunteers producing antibodies to the same level or higher than patients who have recovered from the infection.

The data are an encouraging early sign that the novel mRNA-based vaccine mRNA-1273 could help protect people from being infected by the virus, though that can only be proven in Phase III studies, which will begin in July.

The results were bolstered by data from a challenge study in mice, where vaccination helped to stop viral replication in the animals’ lungs when exposed to a mouse-modified version of SARS-CoV-2.

The data are the first promising readouts from any of the 10 or so frontrunners to develop a vaccine. Early animal data published last week from the University of Oxford’s adenovirus candidate suggested it only provided weak levels of immunogenicity.

“I think these data today take off the table the risk of [the vaccine] not being immunogenic or the risk of the antibody type being wrong...it works...so we’ll get there; it is just a question of time."

Moderna’s results give hope that a vaccine might be available by the end of the year, as claimed by President Trump and others. That's something that many still believe to be a very long shot, as vaccine development has never proceeded with such speed and first-time success ever before.

Tal Zaks, chief medical officer at Moderna, said the early results showed the candidate had the potential to halt the spread of the virus.

“I think these data today take off the table the risk of [the vaccine] not being immunogenic or the risk of the antibody type being wrong. No, it works and you see demonstration of neutralizing activity,” said Zaks on a call with analysts.

Asked about the biggest risks, he said it would be a challenge to recruit large amounts of volunteers for the active and placebo arms of Phase III study. They will also have to hope that these individuals will be in regions where risk of exposure to the virus is high, otherwise it would be difficult to prove its protective capacity.

“I think the major risk as I look ahead is just operationally being able to demonstrate clearly that there's safety and efficacy in a large randomised trial,” he concluded. “So we’ll get there; it is just a question of time.”

This Phase I study is conducted by the US National Institute of Allergy and Infectious Diseases (NIAID).

Evidence of neutralizing antibodies has been presented from four patients given the 25μg dose, and four individuals given the 100μg dose, with data from the full 45 volunteers across three doses to follow.

A Moderna-led Phase II study will now be amended to study two dose levels, 50 micrograms and 100 micrograms, with the aim of selecting a dose for pivotal studies, dropping earlier plans to dose at 250 micrograms.

Dose dependent increases in immunogenicity were seen across the three dose levels, and between prime and boost within the 25μg and 100μg dose levels. All participants aged 18-55 years (n=15 per cohort) across all three dose levels seroconverted by day 15 after a single dose.

Three patients tested with this high dose experienced some grade 3 adverse effects. These signs combined with the fact that significant levels of neutralizing antibodies were seen in the lower doses has led Moderna and NIAID to abandon the higher dose – crucially also freeing up more of the manufactured mRNA active ingredient to help a greater number of patients.

The NIAID-led Phase I study is being amended to include a 50μg dose level cohort across each of the three age groups. Moderna expects the dose for the Phase III study to be between 25μg and 100μg and Phase III trial initiation to be in July, subject to finalization of the clinical trial protocol.

Moderna’s CEO Stéphane Bancel said the early data would help the company maintain its speed by moving into Phase III, and if successful, a BLA filing with the US Food and Drug Administration.

The challenge of rapid scale up in the novel mRNA vaccine is as significant as clinical development, and the company is working with contract manufacturer Lonza to produce millions of doses as quickly as possible.

If a vaccine can provide protection against the virus, it could not only help eliminate hospitalization and deaths from the disease, which has so far claimed nearly 245,000 lives worldwide, but also help re-start the global economy.

Like other COVID-19 vaccines, Moderna's mRNA-1273 has progressed at record-breaking speed with the help of external funding. In Moderna's case it has received multi-million dollar investment from the US government's Biomedical Advanced Research and Development Authority (BARDA) agency, as well as the internationally-funded Coalition for Epidemic Preparedness Innovations (CEPI), with talks about how its vaccine could be allocated and distributed likely to step up after these promising results.