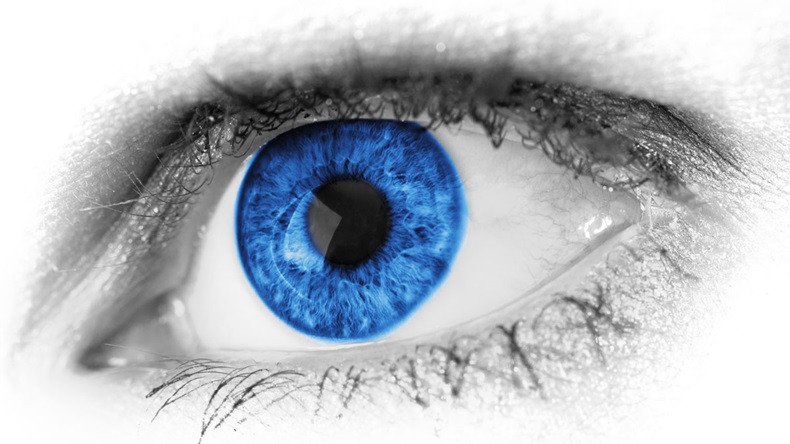 Allergan PLC's novel strategy to avoid an inter partes review (IPR) ofRestasis (cyclosporine) patents was squashed by the US Patent and Trademark Office's Patent Trial and Appeal Board, which found that tribal sovereign immunity does not apply to IPR proceedings and that Allergan had not actually relinquished its ownership interest in the patents in its deal with the Saint Mohawk Regis Tribe.

The Patent Trial and Appeal Board (PATB)'s Feb. 23 decision  denying the Tribe's motion to terminate the Restasis IPR proceedings means other biopharma companies will not pursue similar patent transfer arrangements to fend off IPRs, at least until an appeals court rules on the issue. It is also a blow to Allergan, which took a chance on a long-shot tactic that has been harshly criticized by members of Congress, consumer groups, as well as a fellow brand-name company CEO. (Also see "Pharma 'All-Stars' Talk Hot Topics At Forbes Summit" - Scrip, 5 Dec, 2017.)

The decision "effectively puts an end to this assertion of tribal immunity as a defense to avoid IPRs," said Cynthia Hardman, a partner at Goodwin Procter, which represented the Association for Accessible Medicine in its amicus brief opposing the Tribe's motion. Now, "all eyes are on the appeals court to see if it agrees, or re-opens the possibility" of using this tactic.

The Mohawk Tribe's attorney, Alfonso Chan, of Shore Chan Depumpo, referred inquiries about the decision to a spokesman for the Tribe, who did not respond to an email.

Allergan declined to comment on the decision and what impact it might have on its agreement with the Tribe.

Mylan CEO Heather Bresch said in a company statement that the Board's decision "reinforces our belief that Allergan's maneuvers to engage the St. Regis Mohawk Tribe for patent protection were a sham."

In a footnote, the Board said that in concluding Allergan remains the effective patent owner, "we do not comment on whether the license and other agreements between the Tribe and Allergan constitute a 'sham' transaction, nor do we need to decide whether the agreements are otherwise improper under the law."

The Board has tentatively scheduled an oral hearing for April 3 and is to issue a final written decision in the IPR proceedings by June 6.

In December 2016, the Patent Trial and Appeal Board instituted IPR proceedings on a petition challenging Restasis patents brought by Mylan Pharmaceuticals Inc.;Teva Pharmaceutical Industries Ltd  and Akorn Inc. were subsequently joined as parties to the proceedings.

On Sept. 8, 2017, days before a consolidated oral hearing on the proceedings was to take place, Allergan signed a patent transfer agreement with the Saint Regis Mohawk Tribe transferring rights to four of its Restasis patents. They also inked a patent license agreement under which the Tribe received $13.75 upfront and is eligible to receive $15m in annual royalties during the period that certain patent claims remain in effect. In exchange, the Tribe agreed to claim sovereign status to get the IPR proceeding terminated. (Also see "Allergan Shifts Restasis Patents To Native American Tribe To Invoke Immunity From IPR" - Pink Sheet, 9 Sep, 2017.)

Restasis is Allergan's second top-selling product after Botox, with global net revenue of $1.47bn in 2017. Allergan has cut its 2018 revenue guidance and laid off 1,000 employees earlier this year in anticipation of Restasis generics, which the company expects to hit the market after the second quarter rel="noopener noreferrer" of 2018. (Also see "Allergan Readies Cost Cuts As Restasis Generics Approach" - Scrip, 2 Nov, 2017.)

"In view of the recognized differences between the state sovereign immunity and tribal immunity doctrines, and the lack of statutory authority or controlling precedent for the specific issue before us, we decline the Tribe's invitation to hold for the first time that the doctrine of tribal immunity should be applied in inter partes review proceedings," the Board stated.

PTAB said Congress gave the Patent Office statutory authorization both to grant a patent limited in scope to patentable claims and to reconsider the patentability of those claims via IPR. It said courts have recognized only limited exceptions when a generally applicable federal statute should not apply to tribes and none of these exceptions apply to the Board's statutory authority over IPR proceedings.

The Board referred to its recent decisions denying the University of Minnesota's motion to dismiss IPR proceedings on the grounds of sovereign immunity. The panel found that the university had waived its immunity by filing an action in federal court alleging infringement of the patent being challenged in the IPR proceeding. In light of these rulings, the Board authorized the Tribe and the petitioners to file briefs on the applicability of litigation waiver to the Tribe's claim of sovereign immunity.

In its filing, the Tribe questioned PTAB Chief Judge David Ruschke's decision to add himself to the merits panel in the University of Minnesota cases and in the Restasis IPR case. It requested an oral hearing to argue for additional discovery to obtain additional information, including whether the Board was engaging in panel stacking, in which the Patent Office assigns members to the PTAB panel to reach a decision that is in line with Patent Office policies. (Also see "Mohawk Tribe Questions Patent Board's Impartiality In Restasis Case" - Pink Sheet, 4 Jan, 2018.)

PTAB denied the request and admonished the Tribe for its "gross speculation" as to the board's alleged impartiality. (Also see "Allergan Loses Another Battle, But War To Block Restasis Generics Continues" - Pink Sheet, 18 Jan, 2018.)

The Board went beyond the question of whether tribal immunity applies in IPR cases to take apart Allergan's claims that it no longer owns the patents at issue.

PTAB notes that in addition to the patent transfer agreement, Allergan and the Tribe entered into a same-day patent licensing agreement in which the Tribe granted back to Allergan an exclusive license to the patents for "all FDA-approved uses in the United States," while retaining rights to practice the patents in all other fields of use. It also granted Allergan the first right to sue for infringement with respect to "generic equivalents."

The Board concluded that the licensing agreement "transferred 'all substantial rights' in the challenged patents back to Allergan."

"Because Allergan remains the effective patent owner, we determine that these proceedings can continue with Allergan's participation only, regardless of whether trial immunity applies to the Tribe," the Board stated.

The Board also found that Allergan has at least an identical interest to the Tribe, if notmore of an interest as the effective patent owner in defending the challenged patents, and thus will be able to adequately represent any interest the Tribe might have in the patents.The Board said in a footnote that it recognized the Tribe's continued entitlement to receive royalty payments under the license depends upon the challenged patents being upheld in the proceedings. But it said it did not find this "incidental financial interest in the outcome of the proceedings" is sufficient to render the Tribe an indispensable party.

PTAB also rejected the Tribe's claims that Mylan, Teva and Akorn would be able to get an adequate remedy in ongoing district court litigation if the Board were to terminate the IPR proceedings. The Board said the claims and patents litigated in the Eastern District of Texas are not co-extensive with the claims and patents challenged in the IPR proceedings and that IPR proceedings have a different evidentiary standard for patentability determinations (preponderance of the evidence) than the district court's invalidity determinations (clear and convincing evidence).

In October, the district court found that a subset of the challenged claims are invalid for being obvious. The judge overseeing the case, William Bryson, sitting by designation from the US Court of Appeals for the Federal Circuit, harshly criticized Allergan for transferring its patent rights to the Tribe. He said Allergan had, in reality, paid the Tribe to allow Allergan to purchase – "or perhaps more precisely, to rent" – the Tribe's sovereign immunity in order to defeat the pending IPR proceedings in the PTO. (Also see "Allergan May Rue Mohawk Tribe Deal As Court Invalidates Restasis Patents" - Pink Sheet, 16 Oct, 2017.)