Launch targeted for first quarter 2018 at price of $1,580 per monthly dose. Post-market requirements include study of 300 mg dose and use as initial treatment. Indivior also following health outcomes. 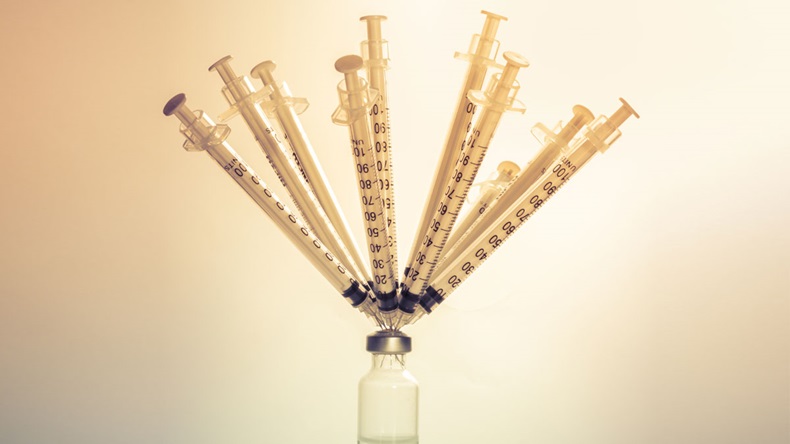 The US FDA approved Indivior PLC's Sublocade (buprenorphine extended-release), the first once-monthly injectable buprenorphine formulation for treatment of opioid use disorder, with a Risk Evaluation and Mitigation Strategy (REMS) requiring administration by a healthcare provider and several postmarket study requirements.

The product is indicated for treatment of moderate-to-severe opioid use disorder in patients who have initiated treatment with a transmucosal buprenorphine-containing product, followed by dose adjustment for a minimum of seven days. It is administered subcutaneously in the abdominal region using the Atrigel delivery system, which delivers buprenorphine at a controlled rate over a one month period.

The company may eventually get a stronger label. FDA requested the company to conduct a study on use of the drug without a dose stabilization period of sublingual buprenorphine as one of its postmarket requirements.

FDA is also requiring studies to assess the feasibility of administering Sublocade at a longer inter-dose interval than once monthly, to assess which patients would benefit from a higher dose regimen, and to determine the process for moving patients to a monthly dose of Sublocade without the use of a higher dose for the first two months of treatments. The company is also conducting a toxicity study of the NMP component in the Atrigel delivery system. The system is a biodegradable 50:50 poly(DL-lactide-co-glycolide) polymer and a biocompatible solvent, N-methyl-2-pyrrolidone (NMP).

"Sublocade provides a new treatment option for patients in recovery who may value the benefits of a once-monthly injection compared to other forms of buprenorphine, such as reducing the burden of taking medication daily as prescribed," FDA said in a Nov. 30 release announcing the approval.

FDA Commissioner Scott Gottlieb also issued a statement on the approval in which he announced several actions FDA is taking to promote development of new treatments for opioid use disorder. They include providing a framework for development of novel clinical endpoints and a protocol to support a claim that medical assisted treatment at the point of care could lead to reduction in death over a population. (See sidebar).

Black Box Warning On Intravenous Use

Indivior expects to launch Sublocade in the first quarter of 2018 at a price of $1,580 per monthly dose. The company currently markets Suboxone(buprenorphine/naltrexone) sublingual film. Indivior discontinued Subutex(buprenorphine) sublingual tablets in 2011.

The company said it will be offering Sublocade and Suboxone co-pay assistance programs that may reduce initial out-of-pocket costs for eligible patients to as little as $5 each month.

Another long-acting buprenorphine formulation, Braeburn Pharmaceuticals Inc.'s CAM2038, which is proposed for once weekly or once monthly subcutaneous injection, could enter the market around the same time as Sublocade as it has a user fee date of Jan. 19, 2018. The product cleared an FDA advisory panel in October, with 17 members voting for approval of some of the proposed doses and 3 voting against approval of any of the proposed doses. (Also see " Braeburn's Buprenorphine Clears Advisory Committee, But US FDA Likely To Limit Dosage" - Pink Sheet, 1 Nov, 2017.)

The agency was concerned about the risk of patients obtaining Sublocade and directly injecting it intravenously since it will be provided in a prefilled syringe with a needle. The label addresses this with a black box warning: "Serious harm or death could result if administered intravenously. Sublocade forms a solid mass upon contact with body fluids and may cause occlusion, local tissue damage, and thrombo-embolic events, including life threatening pulmonary emboli, if administered intravenously."

The warning states that Sublocade is only available through a restricted REMS program and that healthcare settings and pharmacies that order and dispense Sublocade must be certified in this program and comply with the REMS requirements.

Higher Dose Is An Option

FDA's Psychopharmacologic Drugs Advisory Committee and Drug Safety and Risk Management Advisory Committee voted 18 to 1 in favor of approval of the product at a meeting in October. Several members felt the approval should be limited to the lower of two maintenance doses used in Indivior's studies. And some recommended postmarket studies to show the effect of the product in the real world. (Also see "Indivior's Monthly Injectable Buprenorphine Wins Panel Backing; US FDA May Limit Dosage" - Pink Sheet, 31 Oct, 2017.)

Indivior proposed that Sublocade, previously referred to as RBP-6000, be available in 100 mg and 300 mg strengths with the 300 mg given monthly for the first two months followed by maintenance treatment of 100 mg or 300 mg monthly based on the clinical condition of the patient.

FDA noted in a briefing document prepared for the committee that the plasma exposures associated with RBP-6000 in the 300 mg monthly dose, after several months of dosing, exceeded those associated with the highest labeled dose of the reference product, Indivior's Subutex. It asked the committee to discuss the role of the 300/300 mg regimen, given the similarity in efficacy results with the 300/100 mg dose. (Also see "Buprenorphine Injectable Opioid Abuse Treatment: Will REMS Prevent Misuse?" - Pink Sheet, 29 Oct, 2017.)

Buprenorphine is a partial agonist at the mu-opioid receptor and an antagonist of the kappa-opioid receptor. Sublocade's efficacy data consisted of two studies, an inpatient behavioral pharmacology study intended to establish the ability of the product to block the effects of an exogenous opioid, 6 mg and 18 mg hydromorphone, and a six-month Phase III randomized, placebo-controlled, parallel group study.

Indivior Chief Scientific Officer Christian Heidbreder said the Sublocade studies were rationally designed beginning with the company's pre-IND meeting with FDA in December 2009. He noted that the blockade study is an example of a study designed in close collaboration with FDA.

The label states that all 12 weeks of the treatment period demonstrated blockade for both 6 mg and 18 mg hydromorphone following Sublocade injections and complete blockade continued throughout the eight weeks' observation that followed the second Sublocade injection.

The Phase III study subjects were randomized into four groups to receive one of two Sublocade injections (first two monthly injections of 300 mg followed by four monthly injections of either 300 mg or 100 mg) or one of two-volume-matched placebo doses. The primary efficacy endpoint was percentage abstinence from illicit opioid use from week 5 to week 24. The key secondary endpoint was treatment success, defined as any subject with ≥80% abstinence from illicit opioid use (urine drug screen plus self-report) between week 5 and week 24.

In addition to the postmarket studies requested by FDA, Heidbreder said the company is also committed to focusing on patient outcomes with use of Sublocade. He noted that the company's ongoing, prospective, observational RECOVER study is following patients treated with Sublocade for up to 24 months to see if there is an improvement in their quality of life as measured by such factors as their reentry in the workforce and levels of depression and sleep disorder.

"This is as important as showing safety and efficacy," Heidbreder stated.