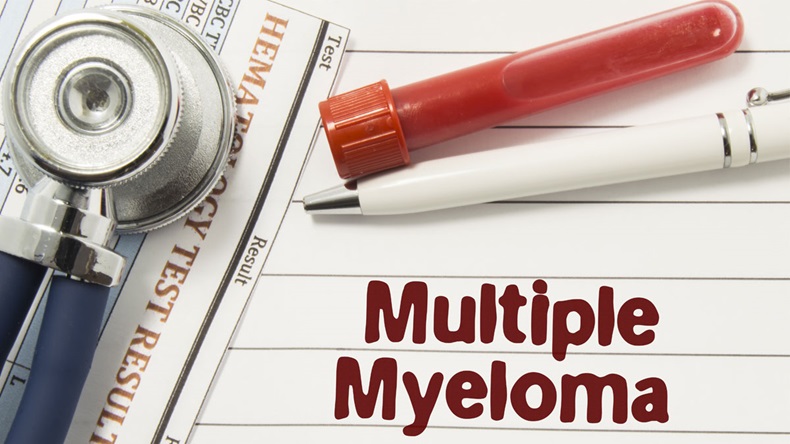 Celgene Corp.'s Revlimid (lenalidomide) is the top-selling drug approved for multiple myeloma by far and will remain a blockbuster long after generics become available in 2022. It will maintain such a strong presence, in fact, that the top brand in 2026 will generate a fraction of Revlimid's peak sales.

Datamonitor Healthcare's latest multiple myeloma market forecast suggests that drug sales for this disease will grow from $11.9bn in 2017 to $20.9bn in 2022 then drop each year after settling at $17bn in 2026 in the US, five major EU markets (France, Germany, Italy, Spain and the UK) and Japan. Johnson & Johnson's Darzalex(daratumumab) will be the top drug at the end of that 10-year period with $3.6bn in annual sales – one-third of Revlimid's $10.9bn peak in those markets – and Revlimid generics will come in second with $3.1bn in 2026 sales (see table below).

Multiple myeloma is now treated like a chronic disease due to the efficacy and durability of available treatments, which Datamonitor noted makes the cost of drugs for this disease increasingly troubling as patients live longer and use these therapies for even more extended periods of time. However, payers and health systems will get some relief when generics for Revlimid and other key products begin to hit the market in the next four years.

The immunomodulatory agent Revlimid and Takeda Pharmaceutical Co. Ltd.'s proteasome inhibitor Velcade(bortezomib) – partnered with J&J in ex-US markets – have become backbone therapies, often in various combinations with chemotherapy, such as melphalan, and a corticosteroid, including prednisone or dexamethasone, across all lines of therapy.

Revlimid in particular has benefitted from double- and triple-therapy strategies with $6bn in sales in the US, five major EU markets and Japan during 2017 and Datamonitor estimates that figure will grow to $6.5bn in 2018.

"We continue to see a positive impact from the transplant-ineligible and post-stem cell transplant maintenance [therapy] launches, and we expect to see continued increases in duration from the use of triplet combination regimens," Celgene President-Hematology & Oncology Nadim Ahmed said during the company's second quarter earnings call in July.

Revlimid accounts for about two-thirds of Celgene's revenue, which is why the company is a prolific deal-maker; it needs to fill its pipeline with drug candidates that will diversify its revenue and make up for the massive revenue void that will be created when Revlimid loses patent protection in 2022. (Also see "Celgene Focuses On Deals, Pipeline As Post-Revlimid Future Draws Closer" - Scrip, 25 Jan, 2018.)

Revlimid has become an important part of multiple myeloma regimens, in large part because it is a daily oral drug rather than an injection or infusion, like Velcade – the second-biggest seller for the disease. (Also see "Celgene Diversifying Beyond Myeloma Backbone Revlimid" - Scrip, 28 Jan, 2016.)

Takeda reported JPY31.4bn ($285.1m) in global Velcade revenue for the first quarter of its 2018 fiscal year (the three months ending July 31); the figure was down 4.8% from the same quarter in the prior year and 13.4% below the company's forecast in its fiscal first quarter. Takeda is bracing for generic competition with an intravenous copy launched in January and a subcutaneous version expected to be available in September.

Johnson & Johnson, Takeda's Velcade partner, reported $280m in second quarter 2018 revenue from its markets, which was down 3.4% from the year-ago quarter. But the decline is recent, since J&J's Velcade revenue in the first half of 2018 was up 4% at $593m.

Most new drugs, including Darzalex, are being positioned in combination with existing therapies, including Revlimid, Velcade and dexamethasone. Darzalex is a CD38 inhibitor licensed from Genmab AS, which receives milestone fees and royalties based on the drug's sales.

The initial first-line approval for Darzalex was important, particularly in Europe where the Velcade-melphalan-prednisone combination already is the standard for newly diagnosed patients. However, Revlimid and dexamethasone plus Velcade or Amgen Inc.'s competing PIKyprolis(carfilzomib) is the three-drug combination most used in first-line myeloma in the US. Data from a Phase III trial testing Darzalex plus Revlimid and dexamethasone as a frontline regimen are expected in 2019.

The next new drug approved in multiple myeloma is likely to be from Karyopharm Therapeutics Inc., which has submitted a rolling new drug application (NDA) to the US FDA for its selective inhibitor of nuclear export (SINE) selinexor in the treatment of penta-refractory patients. The FDA recently accepted the application seeking approval to treat patients who've previously been treated with Revlimid, Velcade, Kyprolis, Pomalyst and Darzalex and set an April 6 action date. (Also see "Keeping Track: Poteligeo, Onpattro, Galafold And Annovera Approved; Selinexor Submitted" - Pink Sheet, 12 Aug, 2018.)

Karyopharm's drug, which has shown efficacy in penta-refractory multiple myeloma in the Phase IIb STORM clinical trial, could help fill a big unmet need that Datamonitor noted in its report on the disease – patients who've gone through four or five rounds of treatment. (Also see "New Mechanism And Oral Activity Underline Selinexor's Role In Multiple Myeloma" - Scrip, 1 May, 2018.) Selinexor is projected to reach $746m in multiple myeloma sales by 2026 in the US, top five EU markets and Japan, but it's being developed in several cancers.

The market is one that has seen a lot of new entrants in the last two years and many more are in the pipeline. (Also see "Multiple Myeloma Market Snapshot: New Drugs And Big Changes" - Pink Sheet, 4 Jan, 2016.) It's a big focus of drug makers, because of the relatively large patient population, and because, despite multiple options, blood cancer remains an incurable disease in which patients eventually progress and die.

Sales Growth For Other Key Agents

Celgene's follow-on immunomodulatory agent Pomalyst is expected to face generic competition in 2023 – a year after the first Revlimid copies – with sales peaking at $2.1bn in 2022 in the US, five major EU markets and Japan, according to Datamonitor. Revenue from those regions totaled $1.38bn in 2017 and are expected to be $1.5bn this year.

However, Takeda's newer PI Ninlaro(ixazomib) – which generated $382m in the US, five major EU markets and Japan in 2017 and is projected to have $408m in 2018 sales in those territories – will catch up with Amgen's drug within the next few years, according to Datamonitor. Its forecast expects Ninlaro to overtake Kyprolis in 2022 with $1.45bn in sales versus $1.26bn for the Amgen product.

But while several new therapies and new indications for existing agents are expected to be approved over the next few years, Revlimid is not expected by Datamonitor to see sales decline until generics hit the market in 2022. Even then, both brand-name Revlimid and generics of Celgene's dominant drug will have mega-blockbuster status in 2026 with $4.8bn in combined sales in the US, five major EU markets and Japan.