Shire CEO: Mydayis To Be Big ADHD Drug, But No Ex-US Launch Planned (Yet)

Flemming Ornskov says FDA approval of long-lasting ADHD therapy Mydayis is part of Shire's plan to dramatically increase neuroscience revenues – but it won't launch the drug outside the US for some time. 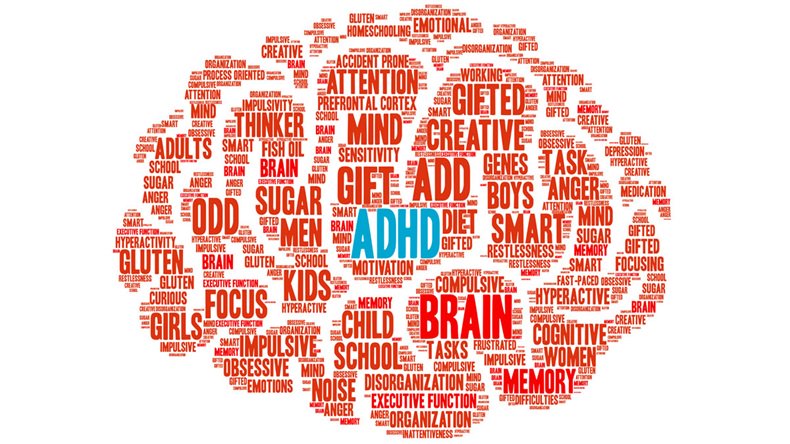 FDA approval this week of Shire PLC's new, long-lasting ADHD drug Mydayis (SHP465) was long in the making - but the group sees it quickly becoming a major product for treating attention deficit hyperactivity disorder in the US and boosting its neuroscience franchise, CEO Flemming Ornskov told Scrip.

The Danish executive was speaking after the FDA June 20 approved the once-daily treatment, comprising three different types of drug-releasing beads, for patients 13 years and older with ADHD. Shire expects to launch the drug in the US in the third quarter of 2017, in time for the key 'back to school' period starting in late summer. That should help make Mydayis' launch a big success there, he said.

Mydayis, which has shown efficacy lasting up to 16 hours after taking one capsule, beginning at two or four hours, post-dose, gives Shire another ADHD agent – one with patent protection potentially lasting to mid-2029. Specifically designed for the adolescent and adult populations that require a longer duration of efficacy, its label says the therapy is not for use in children 12 years and younger.

"We have no plans to launch Mydayis outside the US; in the markets outside the US, we will focus on other products, namely Vyvanse, Intuniv and Buccolam. That's because outside the US, the ADHD market generally is at a much earlier stage in its maturity." - Shire CEO Flemming Ornskov

Mydayis will target both the faster growing adult ADHD population in the US along with the adolescent market segment there requiring longer daily coverage. JPMorgan analysts say some 3 million US adults are currently treated for ADHD, with this market growing annually at around.6.5%, driven by increasing diagnosis. They assume that Mydayis will be priced at parity with Vyvanse, at $150 per month net.

Not Headed For Ex-US Markets

But Shire - which entered the ADHD market in 1996 with Adderall IR (immediate release amphetamine/dextroamphetamine) and followed that with the launch of Adderall XR (extended release) in 2001 - has no plans today to commercialize Mydayis in Europe, Japan or any other market outside the US market, on grounds those markets aren't yet ready for embracing the product concept.

"We have no plans to launch Mydayis outside the US; in the markets outside the US, we will focus on other products, namely Vyvanse, Intuniv, and Buccolam," Ornskov said in an interview. "That's because outside the US, the ADHD market generally is at a much earlier stage in its maturity; for example, Intuniv was just launched in Japan, so we still have some way to build out our previous portfolio outside the US market. We'll therefore focus Mydayis just on the US initially," the CEO said. Vyvanse (lisdexamfetamine) and Intuniv (guanfacine) are ADHD treatments, while Buccolam (midazolam) is a treatment for prolonged, acute, convulsive seizures in infants, toddlers, children and adolescents..

Approved Drug Was Once "Shelved"

Its FDA approval is based on 16 clinical studies evaluating the drug in more than 1600 patients. An even longer acting version of Shire's Adderall XR, Mydayis has had a long development program – in fact, it had been shelved for a time after suffering a regulatory hiccup with the FDA.

The compound first entered clinical development in 2004. In 2007, Shire received an Approvable Letter from the FDA requesting additional clinical studies on it, and development was put on hold as Shire focused on the launch of Vyvanse, which was approved in 2007. In 2014, Shire decided to pursue SHP465 again, but needed to conduct three more studies to back re-submission to the FDA, including two other Phase III studies in both adults and pediatric patients, and a Phase I PK study. Shire finished those trials in 2016, and the FDA acknowledged receipt of Shire’s new NDA for SHP465 in January 2017. (Also see "Shire Finally Gets Resuscitated Adult ADHD Drug Back On Track With FDA" - Scrip, 7 Apr, 2015.)

"This was actually a product that had been on the shelf," Ornskov told Scrip.

"It had been given contingent approval by the FDA in 2007, but given that Shire around that time had bought what became Vyvanse they decided to put this on this shelf. So, we had to go back to the FDA quite some years later and says we were about ready to re-engage in the conversation and were asked to do some additional studying, and here we are in 2017 with regulatory approval for this compound. We had two sets of data, 10 years apart, that we had to merge to do so, so it's a pretty amazing story," Ornskov explained.

Administered once daily, with a duration of action of up to 16 hours versus 12 hours with Adderall XR and six hours for Adderall IR, Mydayis has a safety data which looks similar to Adderall XR, aside from increased insomnia, which analysts say is unsurprising, given its longer release profile.

Ornskov said he wants to use Mydayis to help build out the group's neuroscience franchise revenues.

There's clearly room to do so: 75% of Shire's pipeline today and 65% of the group's global sales are in rare diseases. The Ireland-domiciled group now focuses on seven therapeutic areas – hematology, immunology, genetic diseases, neuroscience, internal medicine, ophthalmology and oncology.

The neuroscience franchise currently rests on the group's global ADHD business, bolstered by Vyvanse's use also in binge eating disorder, and Buccolam.

"We're slowly starting to expand the portfolio into a broader neuroscience portfolio,"Ornskov said, noting that the company has a solid track record in building core franchises.