Bill addresses ‘dead zone’ for pending applications for protein products transitioning to biologic status; generic and brand industries each win in different legislative provisions: inclusion of the CREATES Act, and a revised definition for ‘biologics’ that includes chemically synthesized polypeptides. 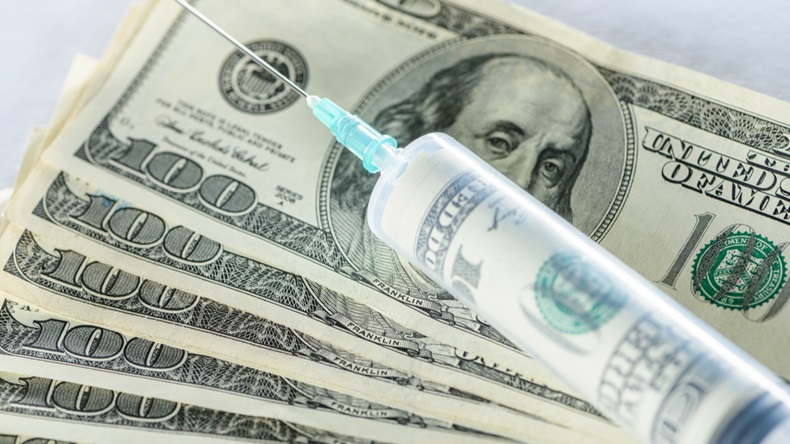 The broad federal budget bill approved by US House and Senate negotiators on 16 December offers relief to sponsors of pending marketing applications for insulin, human growth hormone and other protein agents that are scheduled to transition to biologic status beginning early next year.

The legislation, which must be approved by Congress and the White House by 20 December, would require the Food and Drug Administration to continue to review Sec. 505 new drug applications filed as of 23 March 2019 and not yet approved by 23 March 2020, the deadline for the transition required by the Biologics Price Competition and Innovation Act.

Without the relief provided by the bill, Sec. 505 NDAs that rely to any extent on affected products and that are pending or only tentatively approved after 11:59 p.m. on 20 March 2020 will receive a complete response letter, and sponsors will have to resubmit the products as biologic licensing applications. (Also see "A Guide To US FDA’s Drug-To-Biologic Transition Process" - Pink Sheet, 8 May, 2019.)

The bill’s provision is aimed primarily at facilitating faster approval of cheaper insulin, such as the follow-on to Sanofi’s Lantus (insulin glargine) being developed by Mylan NV and Biocon Ltd.. (Also see "Mylan/Biocon Running Out Of Time To Get Insulin Approved Before US Transition" - Pink Sheet, 4 Sep, 2019.)

The provision does not make any changes to the exclusivity of transitioning products or potential follow-ons. In fact, the bill specifically states that no additional market exclusivity would be provided to drugs that transition, codifying FDA guidance on the issue.

The protection provided by the provision will sunset 1 October 2022 and applications grandfathered by the bill that have not been approved by that point “shall be deemed withdrawn,” according to the legislation.

CREATES Act May Finally Succeed
The budget legislation has a couple of other provisions aimed at promoting competition from generic drugs and biosimilars. The most impactful may be the Creating and Restoring Equal Access to Equivalent Samples (CREATES) Act, which would allow generic developers to sue innovators when efforts to purchase branded samples for bioequivalence testing have stalled.

After several false starts, the CREATES Act appears to be on track to finally pass as part of the budget package. (Also see "CREATES Act Approaches Finish Line But Legislation May Fail To Launch" - Pink Sheet, 8 Jul, 2019.)

The legislation targets situations where developers cite requirements under an FDA-mandated Risk Evaluation and Mitigation Strategy, including restricted distribution, as justification for withholding samples. The Congressional Budget Office has projected it could save $3.9bn over 10 years in federal spending.

The Association for Accessible Medicine applauded the inclusion of the CREATES Act in the bill and said the legislation could lower spending on drugs across government and commcerial markets by $13.4bn annually, according to an estimate by American Enterprise Institute resident fellow Alex Brill.

Chemically Synthesized Polypeptides
The legislation also incorporates a change in the definition of a biologic that is meant to spur competition for certain types of products.

It would strike the current statutory language excluding chemically synthesized polypeptides from the definition, a change that FDA proposed to implement via regulation in December 2018 to address the lack of robust generic competition to longer chain polypeptides. (Also see "US FDA Moves To Codify Size-Based Threshold For Drugs To Be Deemed Biologics" - Pink Sheet, 12 Dec, 2018.)

The generics industry has been leery of the change, however, because of concerns it would allow such products to obtain 12 years of market exclusivity, instead of the current five years they are eligible for.

The Association for Accessible Medicines previously objected to incorporation of the revised definition in the US trade deal being negotiated with Mexico and Canada (USMCA) on that basis, arguing it could delay competition for a growing class of drugs used for conditions including diabetes, heart failure and osteoporosis. (Also see "USMCA Trade Negotiations: Could US House Dems' Talks Open Door For AAM Changes?" - Pink Sheet, 26 Jun, 2019.)

But FDA officials supported a reversal of the exclusion for chemically synthesized polypeptides in a statement released 17 December.

“This exclusion could hurt potential competition because it means that if a developer were to chemically synthesize a copy of a protein product (e.g., an insulin copy), the product would not be able to come to market through the abbreviated biosimilar or interchangeable pathway, but instead would have to submit a new drug application, which could be much more resource-intensive,” Center for Drug Evaluation and Research Director Janet Woodcock and Deputy Commissioner for Policy, Legislation and International Affairs Anna Abram noted.

“In addition to expanding access to lower-cost biosimilar and interchangeable protein products, removing this exclusion will help to promote potential innovation in manufacturing methods, which could lead to future efficiencies in manufacturing processes.”