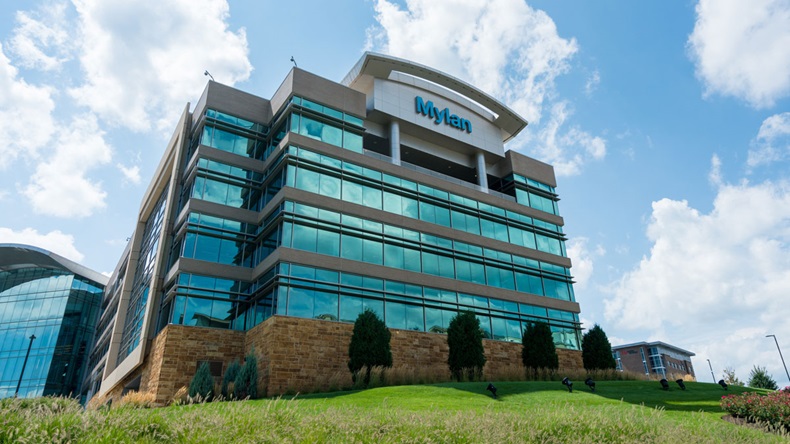 The difference could be important when it comes to whether Fulphila will gain traction in a market that has so far not been very receptive to biosimilars. Success could build momentum for future biosimilars in the US, while another lackluster biosimilar launch would most likely temper enthusiasm for investing in biosimilars until policy changes are adopted to foster the commercial market.

Mylan said it priced Fulphila at a wholesale acquisition cost of $4,175 per syringe. That compares to a WAC of $6,231 for Neulasta, according to analysts. Those prices do not take into account rebating and other discounts that bring down the net price of the products. It is expected that Amgen will counter the new biosimilar competition with steep rebating, a tactic that has helped J&J successfully retain market share of Remicade even though it has given up revenues due to the lower price.

"This is an indicator for the biosimilar enterprise," Bernstein's Ronny Gal said. "If Mylan's biosimilar ends up as a market failure, it suggests that the US market does not allow adoption of lower-priced drugs unless the US health care system adapts."

Jefferies analyst Michael Yee said in a July 11 research note that Mylan's discount was higher than the 10%-20% discount he had forecasted, but pointed out that the key question remains the level of rebates.

"In reality, the discount of Fulphila is likely closer to 10%-20% and in line with expectations given some of the gross to net rebating for Neulasta," Yee said. "In addition, Amgen is likely locking in contracts for 2019 and hospitals take a comprehensive look at drug efficacy and safety for new products, so it will take some time for Fulphila to be added to hospital formularies."

Fulphila was approved by the FDA in June as the first biosimilar version of Amgen's blockbuster neutropenia drug. (Also see "Mylan Is First To Clear US Neulasta Biosimilar Hurdle; At-Risk Launch May Not Be Risky" - Pink Sheet, 5 Jun, 2018.) Mylan's application was initially met with a complete response letter but was approved on the second review, while several other rival biosimilars are also in various stages of review at the FDA, having also received complete response letters.

Neulasta generated $3.93bn in the US in 2017, so being first to market with a biosimilar is an important opportunity for Mylan.

A Bellwether For Biosimilar Success

The launch of Fulphila will be closely watched by the industry as a marker for the commercial success of biosimilars in the US. Pfizer's disappointing launch of Inflectra – the first monoclonal antibody biosimilar, which launched in the US in late 2016 – has raised some red flags. FDA Commissioner Scott Gottlieb has even started ringing the warning bells that the market might never materialize if commercial incentives aren't in place for biosimilar manufacturers. (Also see "FDA's Gottlieb: 'Pricing And Reimbursement Mischief' Holding Back Biosimilar Market" - Scrip, 7 Mar, 2018.)

The big commercial problem for biosimilars is that the branded manufacturer has more leverage with payers and insurers when it comes to negotiating coverage, simply because of the high volume of product they distribute versus a new biosimilar – particularly when biosimilars are not currently interchangeable with reference products.

Pfizer filed a lawsuit against J&J in September 2017 alleging that the company's rebating practices for Remicade are anticompetitive because the company tied rebates to exclusive contracts that allow only Remicade to be reimbursed. (Also see "Pfizer Sets The Stage For A Biosimilar Showdown Over Exclusive Contracts" - Scrip, 20 Sep, 2017.) In some cases, J&J has also tied rebates to other portfolio products, a tactic known as bundling.

"Mylan's approach is distinctly different from Remicade biosimilars," Bernstein Research analyst Ronny Gal said in a July 12 note. "With the WAC set lower, Mylan likely has learnt the lesson from Pfizer and will be in a better position to play the ASP game."

ASP refers to average sales price – the payment methodology used by CMS to reimburse drugs like Neulasta under Medicare Part B. ASP is the sales of a drug to all purchasers in the US by a manufacturer divided by the total number of units sold, a figure that is net of price concessions and rebates. Gal said Neulasta's ASP was only $4,453 in the July CMS report, putting Fuphila's WAC price at a 6.3% discount to Neulasta's net price, based on that pricing scale.

"For the first six months on the market, hospitals are reimbursed on WAC+6%," Gal reminded investors. "So, to the extent Mylan provides 30% discount, early adopters are in position to pocket material discounts." On the other hand, he noted that he expects Amgen to defend its Neulasta brand with bundled contracts, as J&J has done in some cases for Remicade. (Also see "Exclusive Remicade Contracts Are Slowing Biosimilar Uptake" - Scrip, 1 Aug, 2017.)

One big advantage Fulphila could have versus the Inflectra experience is that pegfilgrastim is a short-term acute medication, not one used chronically – which means there is a steady stream of patients new to treatment. Mylan CEO Heather Bresch has said she is encouraged by the profile of the drug and how the launch could unfold differently from some other chronic disease drugs that have been more challenging.
(Also see "Mylan Poised To Launch Its First US Biosimilar, With A Stacked Pipeline Behind It" - Scrip, 12 Apr, 2018.) Mylan has even noticed some similar hurdles with the launch of generic Copaxone (glatiramer), a complex small molecule generic that Teva Pharmaceutical Industries Ltd. has been able to defend with price discounts.

Bernstein's Gal agreed there is a lot riding on the launch of Fulphila. "This is an indicator for the biosimilar enterprise," he said. "If Mylan's biosimilar ends up as a market failure, it suggests that the US market does not allow adoption of lower-priced drugs unless the US health care system adapts."