It's been a long and painful journey, but some progress has finally been made in Brexit talks. It is looking hopeful now that a "hard Brexit," or no-deal Brexit, is unlikely. Is there more good news coming for devices? 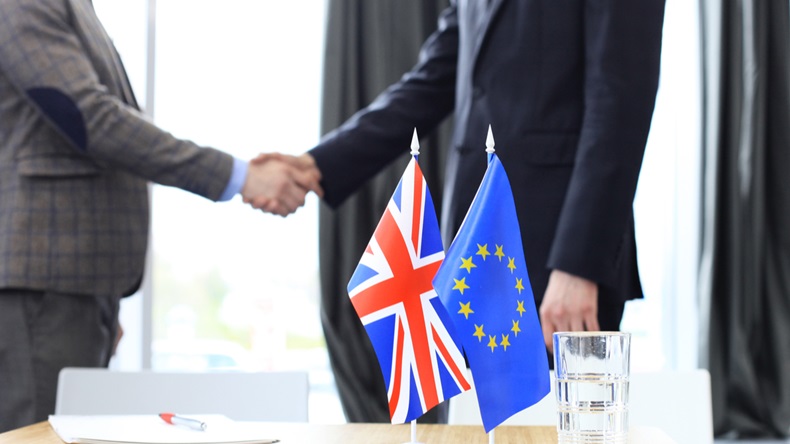 With progress having at last been made in the first segment of political negotiations between the UK and the EU over Brexit, there is hope that the next stage will include steps toward agreement surrounding the future regulation of medical devices and diagnostics.

The news today of a breakthrough on some of the toughest political issues has been welcomed as the step away from a "hard Brexit," feared by many, where the EU and UK would essentially find themselves unable to reach any deal at all. Such an outcome would have meant no foundation on which to build further economic and regulatory agreements.

While certain issues still need ironing out, and the UK government continues to repeat the mantra that "nothing is agreed until everything is agreed," many aspects of the agreements reached after tough negotiations during the first week or so of December have been welcomed by those in the health sectors.

One particularly refreshing item of progress is that certain existing, mutual health-care arrangements will remain in place for the UK – at least for now. Most notably, this will include the European Health Insurance Card (EHIC) scheme, where citizens of each EU member state are entitled to health care free of charge (reimbursed by their own national health-care system subject to certain conditions) when in another EU member state.

Devices And Diagnostics Next?

The UK Academy of Medical Sciences believes the scene is set for the next stage. "Now we must look forward to seeing the development of the next phase of negotiations and transition, particularly the future regulation of medicines, medical devices and diagnostics,” the group noted in a statement.

There is likely to be an increased hope that the developing positive atmosphere will encourage a more patient-focused approach to deciding the future regulation of health-care products.

But no one should be naïve about how high the hurdles are and about what is at stake. Certainly, the medical device, IVD and pharma associations, alongside all others in the life-sciences sector, have been doing their homework and lobbying to inform governments how risky the outcome would be for patients if there was regulatory divergence – including the UK not fully adopting the EU's Medical Device and IVD Regulations.

The EU's largest medtech association, MedTech Europe, which has not yet commented on the latest progress, recently met with the European Parliament and Council to present its position. And it has just issued a press release featuring strong backing from other industry associations, as well as from Nicola Bedlington, secretary general of the European Patients' Forum.

In the release, Nathalie Moll, director general of the European Federation of Pharmaceutical Industries and Associations (EFPIA), says: “The life-sciences sector in the EU and UK are completely aligned in seeking future cooperation on the regulation and supply of medicines and medical technologies in the Brexit negotiations … We urge negotiators on both sides to move to the second phase as quickly as possible and agree on an adequate transition period and future cooperation after March 2019."

She goes on to warn that if not addressed in an appropriate and timely manner, Brexit will affect the supply, regulatory system and the monitoring of medicines and medical technologies for patients across the EU.

Medtech Europe says that the priorities now are to:

Meanwhile, Academy of Medical Sciences has pointed out that the Dec. 8 breakthrough is good news for medical research – considering that some 25% of medical research staff working in UK universities are non-UK nationals.

The academy also makes the point that the UK will be able to continue to participate in EU programs that run until 2020, such as Horizon 2020. "This greatly anticipated news will allow UK-based researchers to continue to benefit from the wide-reaching collaborative opportunities and funding that Horizon 2020 offers, the association says.