Merck's PD-1 inhibitor holds the first cancer indication based on biomarkers rather than tumor location. The most significant market will be colorectal cancer, but Bristol-Myers Squibb's Opdivo is pending for the same subgroup and Roche's Tecentriq could eventually gain a broader approval. 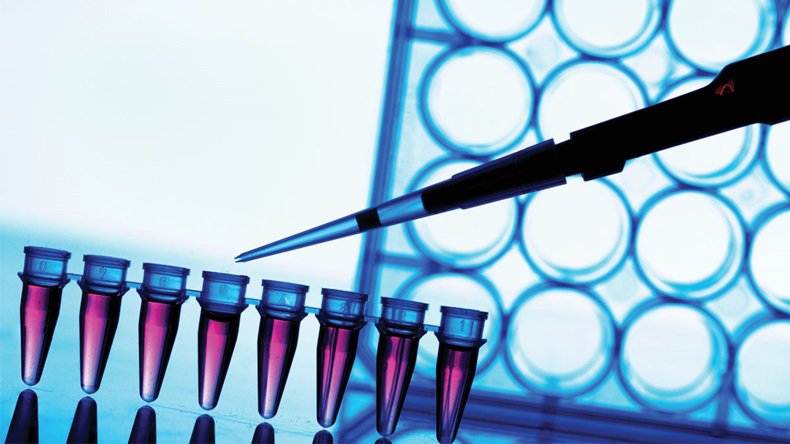 Cancer immunotherapy has yielded poor response in many cancers that are immunologically "cold" – i.e., they aren't suited to respond to immuno-oncology drugs. PD-1/L1 sponsors have been avidly researching ways to turn "cold" tumors "hot" by priming them with different therapies or combination approaches. But small subsets with genetic mutations have also offered a way into these tumor types, which include major solid tumors like breast cancer and colorectal cancer (CRC).

The most certain biomarker so far has been microsatellite instability-high (MSI-H) CRC, which the industry has previously pegged at approximately 15% of the CRC population, although FDA put the number of metastatic CRC patients with MSI-H or mismatch repair deficient (dMMR) tumors at 5%.

Merck's accomplishment opens the door to any solid tumor patient with MSI-H or dMMR mutations – both of which inhibit the cell's natural processes of DNA damage repair – and specifically in biomarker-positive colorectal cancer patients who have completed earlier lines of treatment. (Also see "Biomarker-Led Claim Is Small Step For Merck's Keytruda, Giant Leap For Cancer Indications" - Pink Sheet, 23 May, 2017.)

Market Will Depend On Testing

The FDA reported the biomarkers are most commonly found in colorectal, endometrial and gastrointestinal cancers and they're less common in other tumor types, including breast, prostate, bladder and thyroid gland.

It is hard to know how many patients will be eligible for treatment, but Merck's challenge is lessened by the fact that mutations are detected through common tests and thus do not require dedicated companion diagnostics. "MSI molecular testing is already largely diffuse at the clinical level, which increases its potential as a ready-to-use approach to predict immunotherapeutic response in patients who have failed conventional therapy," according to a factsheet from the European Society for Medical Oncology (ESMO).

"In order to start seeing broader impact of this sort of genetic testing across oncology and across the industry, we'll need a more coordinated and continued interest and investment in validating biomarkers and ensuring genetic testing is accurate," Informa Pharma Intelligence consultant Markella Kordoyanni said in an interview.

Kordoyanni does see the potential for change in physician practices. "At the end of the day, physicians will have to use their judgement based on the data available; this means that physicians will need to make a call when they have a patient who might benefit from this drug based on the results of their diagnostic test and make a second call to stop treatment if that patient is not responding so as to minimize toxicities (and keep costs down). And the accuracy of testing will become increasingly important here," she told Scrip.

"It's important to recognize and appreciate … that it will impact just a small percentage of CRC patients," Kordoyanni added.

The Keytruda approval is the first time the US regulatory agency has issued a cancer approval that does not specify the tumor location. “Until now, the FDA has approved cancer treatments based on where in the body the cancer started – for example, lung or breast cancers. We have now approved a drug based on a tumor’s biomarker without regard to the tumor’s original location,” Richard Pazdur, director of FDA’s Oncology Center of Excellence, said in FDA's statement on the May 23 approval.

The research community has been interested in the tissue-agnostic (aka multi-histology, aka histology-independent) approach for several years. And while FDA has previously signaled its openness, the Keytruda approval is the first sign of regulatory certainty.

Previous trials have suggested histology does play an important role.
However, some of the "basket" trials driven by molecular signature have yielded results suggesting that histology does play an important role. Roche's Phase II VE-BASKET trial of its BRAF inhibitor Zelboraf (vemurafenib) enrolled patients with any type of non-melanoma cancer who had BRAF V600 mutations, but the researchers concluded that "V600-mutated tumor types do not respond uniformly to BRAF-targeted therapy" and that "histologic context is an important determinant of response in BRAF V600-mutated cancers." (Also see "Tissue-Agnostic Approach To Cancer Drug Development Takes A Hit" - Pink Sheet, 14 Sep, 2015.)

Puma Biotechnology Inc. had a similar experience with its Phase II SUMMIT study of its irreversible pan-HER targeting tyrosine kinase inhibitor neratinib in multiple solid tumor types with HER2- and HER3- activating mutations. The results presented in April at the American Association for Cancer Research annual meeting showed that neratinib has activity in some types of cancers with HER2-activating mutations – breast, biliary tract and cervical cancers – but not others, like bladder and colorectal tumors, leading researchers to conclude that mutations may behave differently from one tumor to the next, and different mutation subtypes may be dominant, depending on the cancer type. (Also see "Puma's Neratinib SUMMIT Study Shows Potential & Pitfalls Of Precision Medicine" - Pink Sheet, 2 Apr, 2017.)

An important component of the basket trial design is verification in a randomized controlled trial. The Keytruda approval was not based on a prospective basket trial, but on data across five trials, both prospective and retrospective. It was an accelerated approval and Merck will have to follow up on the response rate and duration of response data with a confirmatory trial, presumably looking at overall survival.

Going forward, the clearest application of this sort of regulatory path appears to be similarly rare mutations, but Lansdell and Kordoyanni agree it is an exciting change. "I think it will certainly encourage companies to think about this approach much more," Lansdell said, "and I'm sure we will see an uptick in trials designed to allow this kind of analysis of patients by biomarker status across a range of tumor indications."

That may not translate into a boom in this type of approval, he noted. "It's certainly not an easy win."

Where Are The Others?

The most commercially significant new market for Keytruda is in CRC, and the rest of the PD-1/L1 class will be arriving soon. Datamonitor Healthcare forecasts the CRC market at $6.6bn in 2017, but just 5% of the population is a target for immunotherapy.

Bristol-Myers Squibb Co.'s rival PD-1 inhibitor Opdivo (nivolumab) is under FDA review for metastatic CRC in MSI-H or dMMR patients who have failed on prior therapy – the same claim as Keytruda's new indication – with an Aug. 2 user fee date.

As with all oncology companies, Bristol pointed out it is evaluating a wealth of biomarker data. "In cancer, we’re linking our biologic understanding of the disease and the immune system in the development of our agents to help identify the right treatment, for the right patient, at the right time and we’ll be presenting numerous datasets evaluating multiple biomarkers including PDL1, MSI-H, TMB and LAG-3 at [the American Society of Clinical Oncology (ASCO) meeting in June]," the firm told Scrip.

Bristol has also eyed the CRC cohort as part of its ECHO-204 study of Opdivo in combination with Incyte's IDO inhibitor epacadostat; early data will be presented at ASCO. (Also see "IDO Updates At ASCO: Incyte's Combos With Merck And Bristol Take Center Stage" - Scrip, 18 May, 2017.)


Roche, which has a strong foothold in the CRC market with Avastin (bevacizumab), is counting on its PD-L1 inhibitor Tecentriq (atezolizumab) to keep its claim. (Also see "Roche's Post-Avastin Strategy Stumbles As Vanucizumab Fails In Phase II" - Scrip, 21 Oct, 2016.) It is counting on combination therapy to make CRC susceptible to immuno-oncology. Tecentriq is in a Phase III trial in combination with Roche's Cotellic (cobimetinib) in third-line and higher metastatic CRC, with data due in 2018, and in Phase I in combination with Cotellic and Avastin.

The combinations should ultimately yield a broader CRC approval than Keytruda or Opdivo's monotherapy claims, as it would not be restricted to MSI-H or dMMR patients.

Still, with its in-house diagnostics capabilities, Roche more than most companies has focused on biomarker research in immunotherapy, looking at the range of patient responses and understanding the biology and immune response as a way to identify appropriate patient populations. (Also see "Roche Sees Biomarker-Guided Discovery As Key To Unlocking Tumor Microenvironment" - Pink Sheet, 18 Jun, 2014.)