No, It's Not Just Out-Of-Pocket Costs That Are A Problem, John Arnold Tells Pharma 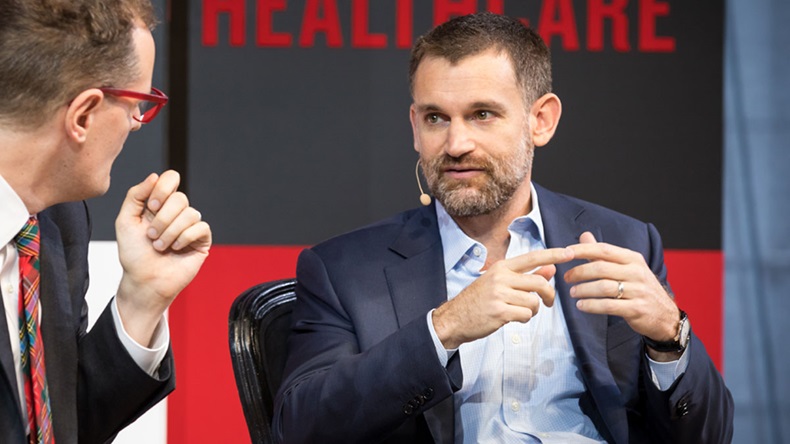 Billionaire philanthropist John Arnold confronted industry at the Forbes Healthcare Summit Nov. 29, pushing back on some of the drug industry's long-standing arguments when it comes to the debate around drug prices.

Arnold is considered something of an industry adversary because his foundation – the Laura and John Arnold Foundation – is focused on drug pricing among other priorities, including criminal justice reform and education. The foundation has been a big financial supporter of the increasingly influential Institute for Clinical and Economic Review (ICER) and the patient advocacy group Patients for Affordable Drugs.

"A lot of people in the industry talk about out-of-pocket expense. I'm looking at this from all of society," said Arnold, a former hedge fund manager who started out energy trading at Enron. "For me, it doesn't matter whether the money is coming from the government, from the employer, or from the individual. That is society's money. That is society's resources."

Indeed, that is one of the underpinnings of the LJAF's work when it comes to the issue of drug pricing – that the price of a drug should be linked to value and the value should be weighed against the value of other societal priorities.

The lobbyists for pharma have the easiest job because they just advocate for something that Congress is really good at, which is do nothing," John Arnold said.

Cost To The System Matters Too

Pinpointing out-of-pocket costs as the drug pricing culprit suggests the cost is okay if the government is paying for it or an employer, he added.

"It all filters back down to the person, so whether the person is the direct payer of that or not is an issue," Arnold said. "We need to make sure that we increase access, that we make it easier for people who need these drugs to get them, but we also have to consider what is the total cost to the system. Just shifting money from the individual to the government or the individual to the employers is not a solution."

The problem, from Arnold's point of view, is that there are a lot of societal problems that can be solved with money, but the resources are finite. The federal government is running up a trillion dollar deficit, he pointed out.

"That's my biggest frustration when we have these debates and people say you are against the free market, you are against capitalism. No, you have to understand the trade-offs."

LJAF landed on drug pricing as an issue to tackle as part of a broader investment review, evaluating areas where the foundation could have a meaningful impact by helping to find solutions where market failures and political failures exist. The foundation is interested in healthcare more generally but focused in on drug pricing initially, in part because of the political climate surrounding this issue..

"We had to start with small ambitions in this huge space of healthcare," Arnold said. "We were able to postulate that this political window of drug price reform...[would] open and it did. We've proven to be right on that."

Arnold called ICER one of the foundation's "success stories" over the last five years. The foundation contributed a three-year, $13.9m grant to help fund ICER in October 2017, following an initial two-year, $5.2m award in 2015.

ICER is an independent value assessment organization that measures the value of drugs on a Quality Adjusted Life Year (QALY) basis. It has been gaining some influence in the US, which does not have any significant government-funded value assessment organization as some other countries do. Industry, which increasingly says it supports linking the price of a drug to value, generally works with ICER while also taking issue with the way the organization assesses value.

Arnold said he would prefer a government-funded independent entity assess the value of drugs. "ICER is the next best thing until we get to that," he said.

As for HHS' latest proposal to use an international pricing benchmark for some drugs under Medicare Part B, Arnold said the US should rely on its own system. "I think it's better if the United States has its own model," he said. "There are issues with relying on what France does, what Germany does, what Japan does."

HHS proposed using a target price derived from an index of drug prices in other countries for some single-source drugs reimbursed under Medicare Part B in October, along with other Part B proposals. (Also see "Part B's Foreign Price Bench-marking Will Only Hurt Bad Negotiators, HHS's Azar Argues" - Scrip, 25 Oct, 2018.) Despite a lot of proposals coming out of President Trump's blueprint on drug pricing, there are still a lot of uncertainty about what will be implemented in terms of policy and when. (Also see "US Drug Pricing Reforms Testing Limits Of Executive Action" - In Vivo, 14 Nov, 2018.)

Arnold also defended his foundation's investment in Patients for Affordable Drugs, a non-profit patient advocacy group founded by cancer patient David Mitchell and focused on policy changes to lower the price of prescription drugs. The group has gotten under the industry's skin with emotionally-charged campaigns highlighting cases of what it calls pharmaceutical greed, and recently held a vote to determine the "most hated pharma CEO of the year."

But Arnold pointed to the pharmaceutical industry's own lobbying initiatives, speculating the industry likely spent around $1bn on lobbying in 2018 between trade organizations and independent company donations.

"They are not going to spend $1bn on politics unless it's getting them something," Arnold said.

"The lobbyists for pharma have the easiest job because they just advocate for something that Congress is really good at, which is do nothing," he said. "The system works really well for pharma."

Matching that level of spending from a patient advocacy side would be hard to do, but Arnold applauded Mitchell for activating angry voters and targeting obstructionist politicians.

He said the foundation would continue to keep up its support. "If our politicians are active obstructionists in trying to fix the system, then we're going to call it out."