A Deal For Biogen, But Not The One Investors Are Waiting For

The firm announced a small deal with Karyopharm for a preclinical asset with potential in ALS, but large deals are also being considered, management told the fourth quarter earnings call. 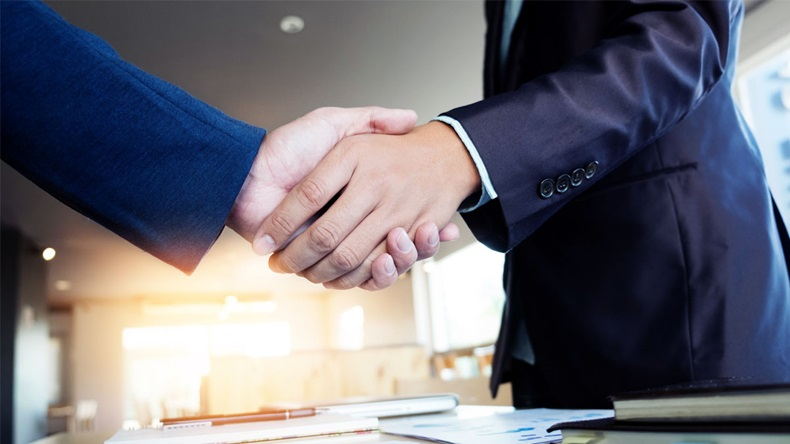 Biogen investors want the big biotech to make a big M&A move like rival Celgene Corp., but the wait will continue. The company did sign a deal, announced Jan. 25, with Karyopharm Therapeutics Inc. but it's a small one, involving a $10m upfront in exchange for rights to a preclinical asset KPT-350, which could offer benefits in neurological conditions including amyotrophic lateral sclerosis (ALS).

During a same-day conference call, management had sounded open to larger deals involving late-stage assets. Biogen certainly has the money to invest; the company said it has the capacity to spend $37bn in the business at the J.P. Morgan Healthcare conference. (Also see "J.P. Morgan Notebook Day 1: Tax Reform At Last, Allergan's Job Cuts, Teva Turnaround, Biogen's Cash, And Getting FDA-Friendly" - Scrip, 9 Jan, 2018.)

CEO Michel Vounatsos said early-stage deals remain the "sweet spot" because of the opportunity to add value using Biogen's internal R&D resources. But, he said the company is also evaluating larger assets. M&A will be based on the science and strategic rationale, he added, not on the company's cash cushion.

The deal with Karyopharm joins that club. KPT-350 works by inhibiting XPO1, reducing inflammation and neurotoxicity while increasing neuroprotective responses, according to Karyopharm. In addition to the $10m up front, Karyopharm is eligible to receive payments of up to $207m based on development and commercial milestones, as well as tiered royalties on sales. KPT-350 is an oral, first-in-class selective inhibitor of nuclear export (SINE) compound that penetrates the blood-brain barrier.

Biogen Head of R&D Michael Ehlers said the company plans to move the drug into the clinic this year. "The hypothesis is this could be an oral drug potentially for sporadic ALS," he said. "This really complements our ALS programs with Ionis that are really targeting initially genetic forms of ALS."

Karyopharm's discovery platform is focused on novel oral SINE compounds, but the clinical-stage company is focused on oncology. CEO Michael Kauffman said the platform could have utility in other areas as well, particularly antiviral (see box).The company's stock jumped 13% on the news.

Biogen and Ionis Pharmaceuticals Inc. are partnered on an early clinical candidate for ALS, BIIB067, an antisense drug that reduces production of superoxide dismutase 1 (SOD1). A mutation in the SOD1 gene results in an inherited form of ALS.

The companies' long-standing partnership has led to one commercial success, Spinraza(nusinersen), an antisense oligonucleotide drug approved a year ago for the rare disease spinal muscular atrophy (SMA). (Also see "Biogen/Ionis’s Spinraza Approved; Second Antisense Drug For Neurodegeneration In 2016" - Scrip, 28 Dec, 2016.) Biogen had warned investors to expect a slow ramp for Spinraza, but the drug has out-performed expectations in its first year, partly due to the high price Biogen set: $750,000 for the first year of treatment, dropping to $375,000 in subsequent years due to the lower dosing schedule. (Also see "Biogen Forecasts Gradual Launch For Life-Transforming Drug Spinraza" - Scrip, 26 Jan, 2017.)

Spinraza generated $362.5m in the fourth quarter for a first-year total of $883.7m, making it one of the most impressive new drug launches commercially in 2017. The strong results in the fourth quarter may also go a way toward reassuring investors after sales appeared to be plateauing in the third quarter. One of the challenges with Spinraza is that sales plateau as patients move off the higher, more expensive initiation dose to maintenance dosing.

The company's important oral multiple sclerosis drug Tecfidera (dimethyl fumarate) held up well against new competition from Roche's Ocrevus (ocrelizumab), one of the other standout launches of 2017. (Also see "A Year To Remember For US Drug Launches" - Scrip, 29 Dec, 2017.) Ocrevus was approved by the US FDA in March, based on impressive efficacy data, for patients with relapsing-remitting MS as well as primary progressive MS, for which there are no other approved therapies. (Also see "Roche Set For Disruptive Entry To MS Market With 'Brave' Ocrevus Pricing Strategy" - Scrip, 29 Mar, 2017.)

Management said it was pleased with Tecfidera's performance while absorbing the impact of new competition. Tecfidera generated $1.08bn in the fourth quarter, growth of 7%, and $4.21bn for the year, up 6% over 2016.

The company's consolidated revenues were $12.3bn, up 7% versus 2016 and far higher, up 15%, excluding hemophilia revenues. The company spun out its hemophilia business into a separate company, Bioverativ Inc., on Feb. 1, 2017. That firm is now poised to be acquired by Sanofi for $11.6bn. (Also see "Sanofi Builds Blood Disorder Specialty With Bioverativ Buy" - Scrip, 22 Jan, 2018.) Biogen's net income of $2.54bn was lower, largely due to a $1.17bn charge related to US corporate tax reform, though the company said it expects US tax reform to be largely positive for Biogen going forward.

[Editor’s note: Thank you for reading this article. Please help us to better help you by taking our Pharma Feedback survey. Not only will your participation help steer our efforts to continually improve the content and delivery of our products – you’ll also have a chance to win one of four Amazon gift cards valued at $100 (US).]