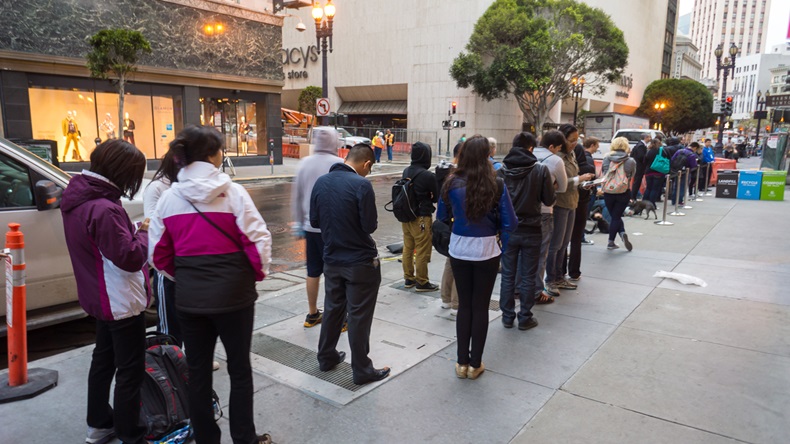 Novartis AG is confident that Zolgensma, its closely watched gene therapy for spinal muscular atrophy, will quickly take over from Biogen Inc.'s Spinraza as standard of care for the disease. It is preparing a variety of payment plans for the one-off treatment that could command a price of over $4m.

The FDA is expected to give the green light to Zolgensma, formerly known as AVXS-101, which Novartis got hold of through its $8.7bn acquisition of AveXis last year, in the first half of 2019. It will go up against Spinraza (nusinersen), currently the only approved treatment for SMA, but in an interview with Scrip after Novartis' annual press conference in Basel this week, the company's head of pharmaceuticals Paul Hudson said that for clinicians, patients and payers, Zolgensma will become standard of care - and soon.

He said that the cost of Spinraza is about $2.2m over five years and patients have to take it for the rest of their lives via injection in the spine. That can cause post-traumatic stress disorder and "some kids say they would rather get worse than go to have that injection again: it's a complicated process."

However Biogen is not going to throw the towel in and this week the company revealed that Spinraza global sales in 2018 nearly doubled to $1.7bn, although growth flattened in the fourth quarter. On the earnings call, Michael Ehlers, VP of R&D, downplayed Zolgensma, claiming that “a number of questions remain for this experimental approach as data on the safety, efficacy and durability [of Zolgensma] remain limited with results reported to date for only 15 patients followed up for 2.5 years, seven of whom are reported to have subsequently initiated treatment with Spinraza. This is in contrast to the Spinraza clinical trial program which has included more than 300 patient followed up for up to six years.”  (Also see "Biogen To Launch Phase III Alzheimer’s Prevention Study" - Scrip, 29 Jan, 2019.)

This cut very little ice with Hudson, who said Spinraza "is the main driver what's happening over there so they clearly want to defend it." He told Scrip that "this piece of anecdotal feedback that patients are getting Spinraza on top of gene therapy is driven by one thing only. Zolgensma is not approved, so if you're a parent of a three-month-old with SMA type 1 (the most severe subtype and the only one in which Zolgensma has been studied) and you give them gene therapy, which is free because it's in a study, the next thing they do is say 'we want Spinraza too'."

He added: "The clinician says 'why?' and they say because 'we've got to do the best for our child.' There's no clinical evidence, but the parents say 'it doesn't matter, the insurer will cover it, we're going to do it.' We have spoken to the treating physician of every single patient who has got both, they said they recommended against it, they've seen no additional benefit for having it but the parents wanted to know they have done the best for the child, which means give them everything that's approved and everything is not approved."

Hudson said that in clinical practice "that just simply will not happen. If you've got something that's painful that you have to take for the rest of your life versus a short infusion where you will never know you even had the disease - well that's not a competitor you want to fight with. If we get the right label and it's broad enough for use in presymptomatic patients there's no point in the other mechanism."

Aside from the clinical benefits, a big issue for Zolgensma will be price, although Novartis' case was boosted at the end of 2018 by a report from the Institute for Clinical and Economic Review (ICER) in the US which said that although the drug would not be cost-effective at a price of $2m, it would still represent better value than Spinraza.

The figures that have been mentioned by others, including Novartis previously, have been in the region of $4-5m. Hudson did not commit to any specific cost but noted that the company is constantly looking at innovative pricing mechanisms and is working with healthcare systems on those mechanisms to ensure access to new drugs.

He mentioned that Novartis had introduced outcomes-based agreements for its heart failure drug Entresto (sacubitril/valsartan), which after a slow start has become a blockbuster (fourth-quarter sales shot up 76% to $318m). He also noted that the company runs a lot of pilots involving 500-1,000 patients "that cost a lot of money to monitor and manage" to trial possible payment solutions.

However, "when you say, let's treat 100,000 patients, even though the data says it'll save the health system money right from the first year, and it's cheaper than anything else they could do," payers look at the investment needed "and they sort of think that's a bit big, let's go more slowly. That's where the resistance is, where the inertia comes from," Hudson said.

Where gene therapy is concerned, he told Scrip"there is no resistance because there are maybe 20 babies a month in the whole of the US, they will all be known by first name by the federal government or state, so there's no 25,000-patient program that we need to monitor. You don't need anything for that."  (Also see "Luxturna Approved In EU: Novartis Outlines Lessons For Gene Therapy Strategies" - Scrip, 23 Nov, 2018.)

When it comes to actually paying for these therapies, Hudson agreed that some form of installment system could be the route to take. Novartis will be ready with alternative payment models as soon as approvals for Zolgensma are granted, he said. "We recognize that payers may not be able to afford a cure so we will say 'you can pay it over three years if you like,' that's more of a budget impact, because there comes a point with gene therapy whereby when you've treated everybody, you're left with only the incident population which is tiny - you treat the patients and you are left with a small number of babies a month. It's a small part of the budget, very small and these require very little governance."