Administration under the medical benefit/Medicare Part B could mean easier reimbursement. The company outlined early plans for the launch of inclisiran after announcing it will buy The Medicines Company for $9.7bn. 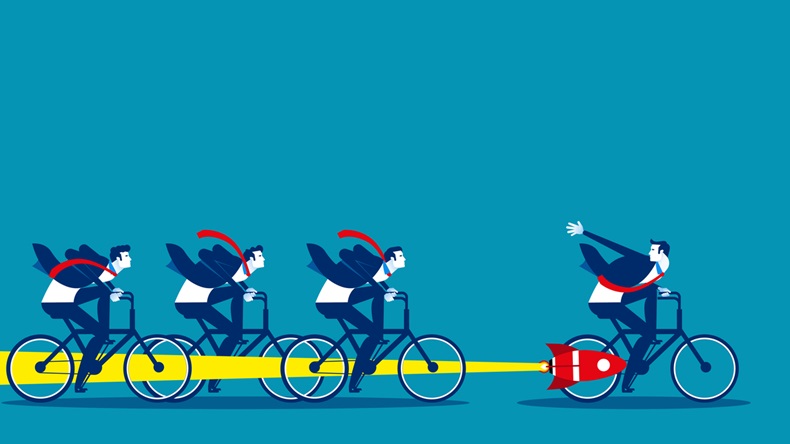 NOVARTIS SEES BETTER PROSPECTS FOR INCLISIRAN THAN THE OTHER PCSK9 INHIBITORS

Novartis AG is embracing a tough launch environment for cholesterol-lowering PSCK9 inhibitors with the $9.7bn acquisition of The Medicines Co. But Novartis believes the first-in-class small-interfering RNA (siRNA) drug inclisiran that it is acquiring has several advantages over the existing drugs on the market that will make it a blockbuster winner.

Those advantages include a more convenient dosing regimen, which will also translate to a lower cost, and a potentially more attractive reimbursement opportunity for physicians in the US under medical benefits/Medicare Part B.

CEO Vas Narasimhan outlined the strategic rationale for acquiring The Medicines Company for the rich price of $9.7bn during a conference call on 25 November, one day after revealing the deal had been struck. The chief executive also outlined the initial launch strategy for inclisiran, which the company expects will become a mega-blockbuster and one of the company's top-selling drugs.

Ramping from zero to $1bn-plus will require a more effective launch than what has been the experience with the two existing PCSK9 blockers on the market: Sanofi/Regeneron Pharmaceuticals Inc.'s Praluent (alirocumab) and Amgen Inc.'s Repatha (evolocumab). Those biologic drugs, on the market since 2015, are injected by patients at home every two weeks or once a month, while inclisiran is dosed just twice a year. The less frequent dosing is also expected to result in a more affordable price for treatment on an annual basis at least, though the company hasn't disclosed the pricing strategy.

Another potentially big commercial advantage for inclisiran over rivals could be around reimbursement in the US because Novartis believes that inclisiran, administered via two subcutaneous injections a year, will be administered in physicians' offices and thus largely reimbursed through medical benefits instead of pharmacy benefits, or Medicare Part B instead of Part D.

Buy-And-Bill Paving The Way For Broad Market Access
"We believe in the US, the ability to have a physician-administered product twice a year will enable us to launch through both the medical benefit under our potential buy-and-bill model, as well as the pharmacy benefit," Narasimhan said. "We believe under the medical benefit for primary care physicians who focus on cardiovascular patients, lipidologists as well as cardiologists, this is an attractive profile."

Twice yearly administration through Medicare Part B or private medical benefits will be less administratively burdensome versus the current requirements in offices. Reimbursement as a medical benefit could mean lower costs to the practices and a lower prior authorization burden, he added.

Under the Part B buy-and-bill model, physicians buy the drug and bill it after it is administered, which given the high costs of the drugs, offers some certainty around reimbursement. Providers are reimbursed at the average selling price (ASP) plus 6%, which can also present an inducement to administer the products in offices.

"We believe, in our model, 50% of relevant patients are in larger systems or larger IDNs [integrated delivery networks], with another 30% in medium-sized clinics and IDNs, all of which would benefit from having the ability to use the medical benefit," Narasimhan said.

The remaining 20% of patients are treated in smaller clinics, where Narasimhan conceded the company might have to do some more "heavy lifting" to get the offices in the buy-and-bill program.

Administration twice a year in a physician's office may also be more attractive to patients than regular at home injections, Narasimhan added, and the administration schedule every six months would be expected to line up with regular visits for patients with a cardiovascular risk profile. That could all result in better compliance and hopefully getting patients to reach their LDL-lowering goals, he pointed out.

Third To Market But With Advantages
Praluent and Repatha tripped and fell over their own feet out of the starting gate when they launched in 2015. The commercial uptake of the drugs has been downright dismal, with a lot of the failure attributed to the high prices of the drugs – about $14,000 at launch – and payers' successful pushback through high copay requirements and burdensome category management requirements.

Sanofi reported €169m ($182.3m) in Pralulent revenues in the first nine months of the year, with sales actually down 1.7%. Repatha has fared better, generating revenues of $461m in the first nine months of the year. Both Sanofi/Regeneron and Amgen have dramatically lowered the prices of their PSCK9 drugs since launch. Sanofi/Regeneron most recently cut Praluent's list price by 60% to $5,850 per year, on par with Repatha's lowered price. (Also see "Sanofi/Regeneron Cut Praluent List Price As PBMs Look To Maintain Rebate Status Quo" - Scrip, 12 Feb, 2019.)

PSCK9s are still an expensive treatment option versus generically available statins, the current standard of care for high cholesterol, though many patients still don't reach their goals with statins alone.

The launch of a safe and effective PSCK9 that is administered less frequently and costs less stands to be a big competitive threat to Repatha and Praluent, though Novartis paid handsomely for the near-term commercial opportunity and has yet to prove it can expand the use of PSCK9s to a substantially broader patient population. The other two drugs gained traction after completing cardiovascular outcomes trials, and inclisiran’s ORION-4 outcomes trial is slated for completion in 2024.

"Our aspiration is to tackle the very, very large number of patients who need to get their cholesterol lowered," Narasimhan said. "We believe, based on everything that we've seen in the due diligence and our own independent research, there's high willingness to do this, and we can get this access program in place, and then enable broad access to this medicine."

The Medicines Company is expected to file the BLA for inclisiran in the US by the end of the year and in Europe in the first quarter of 2020, and Novartis is guiding investors to expect the first considerable commercial sales in 2021.

Novartis does bring substantial commercial experience in cardiovascular disease to the table, including building a brand in a challenging reimbursement environment. The company's experience with the heart failure medication Entresto has not been entirely dissimilar from the PSCK9 experience, in that an expensive medicine, even when supported by positive efficacy data, failed initially to find traction in the market. But Novartis has continued to build out the data around Entresto and deepen its penetration so that over many years, Entresto has grown into a blockbuster-sized drug.

"We believe with an incremental few hundred reps, we can support the launch of inclisiran, including a specialized force to enable Part B utilizations with the relevant health centers and providers," Narasimhan said.

Novartis did not say how it plans to price inclisiran but Narasimhan said "responsible" pricing in line with value frameworks would be an important element of a successful launch.