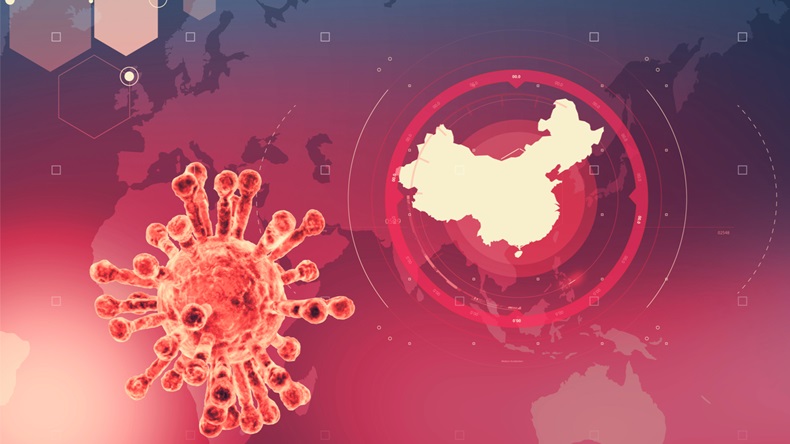 Efforts to contain the novel coronavirus outbreak that sprang from Wuhan, China, in December are placing new challenges on the global pharmaceutical manufacturing infrastructure that has emerged in the 21st century.

In the immediate term, quarantines and travel restrictions are raising questions about the transport of drug products and ingredients to and from cities in China hit by the 2019-nCoV coronavirus.

There is also the disruption to activities involving travel to manufacturing facilities in China – the regular flow of corporate auditors, global quality managers, subject matter experts, equipment vendor representatives and government inspectors upon which the proper functioning of global manufacturing operations depends.

The US Food and Drug Administration’s drug shortages staff has been checking with drug manufacturers about the possibility of drug shortages related to the coronavirus, but none have been reported, at least so far. (Also see "Coronavirus Not Impacting Rx Manufacturing Supply Chain – Yet" - Pink Sheet, 29 Jan, 2020.)

As The Coronavirus Spreads

Eventually, it is possible that plant operations in China could be threatened by shortages of parts, supplies and materials as transport routes are cut off.

Absenteeism could also be a concern as the outbreak spreads into eastern China’s manufacturing areas and workers try to avoid exposure or become infected.

The Chinese province with the most coronavirus cases by far is Hubei, where the outbreak began, which hosts 32 US FDA-registered drug manufacturing facilities and had 11,177 cases as of 2 February, according to the Johns Hopkins University Center for Systems Science and Engineering, which hosts a coronavirus trackingdatabase.

At 724 cases, Zhejiang Province is a distant second, but it hosts more FDA-registered drug manufacturing facilities, 105, than any other province. Many other eastern provinces also have significant concentrations both of coronavirus cases and drug manufacturing facilities, including Guangdong, Jiangsu and Shandong, as well as the city of Shanghai.

A Question Of API Inventories

Longer term, there could be global drug shortages as manufacturers exhaust inventories of active pharmaceutical ingredients sourced exclusively from China.

Generic drug manufacturers typically order APIs for two to five years out and have supplier redundancies in place, Rachel Schwartz, director of communications for the Association for Accessible Medicines, told the Pink Sheet.

However, consultant Steven Lynn cautioned that it is important for manufacturers to use the outbreak as an opportunity to check supplier quality systems and supply chain operations. There could be gaps and vulnerabilities of which they were unaware. Lynn, who has headed the FDA’s drug manufacturing compliance office and managed quality issues for Mylan and Novartis, put it this way: “As Churchill said, ‘don’t let a good crisis go to waste.’”

The Vulnerabilities Of Globalization

Much depends on the severity of the outbreak, including factors such as transmissibility of the virus, efforts to contain it and development of vaccines against it.

Amid all the uncertainty, however, arise questions about the advisability of the highly interdependent system in place today for the manufacture of medicines.

Ultimately, the outbreak poses anew the question of whether the efficiencies of globalization outweigh its vulnerabilities.

This is a question that has resurfaced in various guises in the globalization era.

The Heparin Crisis And The Lure of China

There was the heparin crisis of 2008, in which economically motivated adulteration of heparin API in China causes dozens of patients to die in the US.

That crisis precipitated legislative reforms to US pharmaceutical supply chain regulation in the July 2012 FDA Safety and Innovation Act, or FDASIA, that enabled the US Food and Drug Administration to increase its oversight of foreign drug manufacturing.

There was the consolidation and global scale-up of pharmaceutical manufacturers over the past decade or two that enabled and depended upon cost savings from the shifting of manufacturing to less-regulated countries like India and China, where a 2009 World Bankstudy found wages were at least 10 times lower than in the US.

This was part of a trend that hollowed out the economies of industrialized nations’ manufacturing areas, which in turn has been linked to the rise of authoritarianism in recent years and a reckoning for transnational economic systems that boost urban economies while deflating rural ones.

The US Congress has grown increasingly worried that China has been driving down prices to corner the global market on APIs, and that it might later raise API prices and even threaten to withhold them, for example, in the event of a global pandemic.

In written testimony last October, Janet Woodcock, director of the FDA’s Center for Drug Evaluation and Research, told a House subcommittee hearing on safeguarding pharmaceutical supply chains in a global economy that the number of FDA-registered API manufacturing facilities in China more than doubled between 2010 and 2019.

The 230 API manufacturing facilities in China still only account for 13% of those registered with the US FDA as of August 2019. Another 28% were in the US and 59% were in the rest of the world, according to CDER’s analysis.

However, Woodcock said the FDA cannot determine how dependent the US is on China APIs or how resilient the US manufacturing base would be to any withdrawal of China from the market because the agency lacks information about the volume of API output from each plant. (Also see "Real-Time Manufacturing Volume Reporting Could Help Prevent Drug Shortages, Woodcock Tells Congress" - Pink Sheet, 31 Oct, 2019.)

The coronavirus outbreak could test that resiliency.

Will Global Manufacturers Pass This Test?

Although the World Health Organization 10 January advised against any travel or trade restrictions on China and 27 January reiterated its advice against restrictions on international traffic, many countries have imposed travel restrictions against foreign visitors recently in China, including, according to press reports, the US, Singapore, Japan, South Korea, Australia, New Zealand, Italy and Russia.

Meanwhile, there are increasing reports of shortages in Wuhan of medical supplies needed to treat patients infected with the virus.

If medicines can’t get into China and active pharmaceutical ingredients can’t get out, it would degrade the global pharmaceutical supply chain’s ability to help suppress the coronavirus outbreak, and eventually its ability to treat other conditions even in parts of the world that are not directly threatened by the outbreak, if there be any.